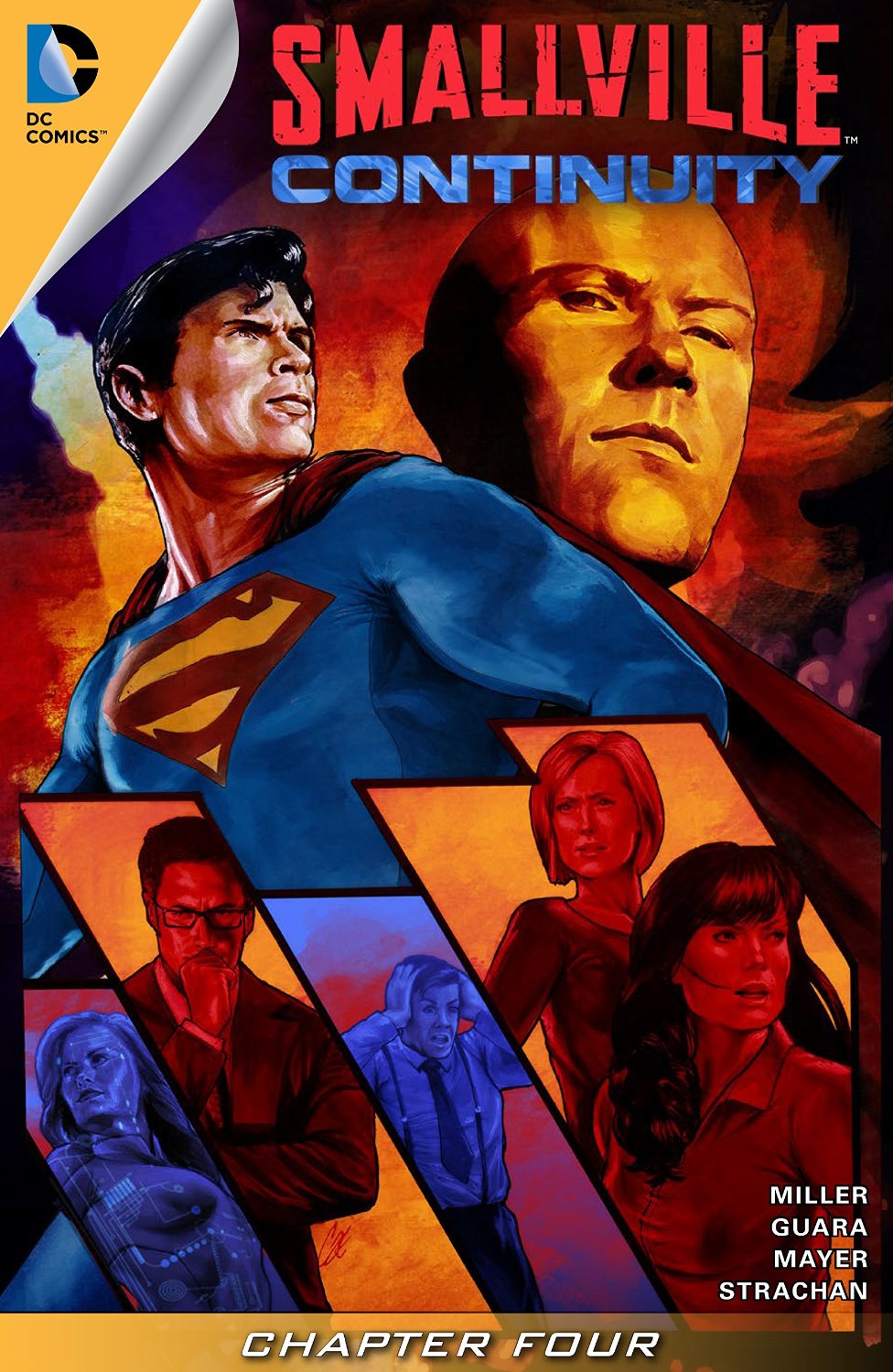 Click to enlarge
Bruce has formulated a plan but for it to succeed only non-metahumans can ensure its success as Manhunters are geared to defend the reconstruction ships from metas.

Thus Lois Lane has enlisted for the mission and is having a heart to heart with Clark before gearing up and discussing the plan.

With Lois sneaking onboard, Bruce has crafted a virus that will reprogram the reconstruction ships to reverse their reboot of the Earth, the only problem is that for this to succeed Clark can't help. Clark then reveals he has to turn to the only human on Earth capable of helping their plan succeed... Lex Luthor!

Confronting Lex he makes a correct assumption that Luthor had quietly mapped the Monitor and Manhunter systems during his machinations with them. Lex is impressed with Superman's intelligence and points out he has done just that. Due to his dealings, instead of a Red bleed (Crisis from DC proper) his organizing a reshuffling Blue bleed has bought them time and that the Man of Steel has to agree to a temporary truce in order for everyone on Earth to succeed. It is a powerful moment but they shake on it, Lex revealing he knows that if Lois is harmed it will likely mean his undoing either from the reboot or at Superman's hands.

In deep space the Monitors have converged for a meeting discussing the goings on planet side. They know from monitoring that Superman and the other metas are converging to create an army. One leader requests that they launch deconstructors and end the planet however he is outvoted by another who suggests for their defiance towards the Monitors Superman and the others should experience oblivion as a punishment before the reboot.

Superman delivers a rousing speech to the heroes. The other Earths might have been erased or rebooted but they are determined for their Earth to survive and their continuity to continue. With that, Luthor, Superman, Tess and all of Earth's heroes attack incoming Manhunters!

Story - 5: The story really ups the ante here. Bryan Q. Miller delivers a fantastic issue and a Superman to be proud of. He proves he is smart, a tactician and a strong confident leader. The two scenes with Lois and Luthor are equally as strong with all of them putting aside their usual character tropes to not only mature as characters but to deliver some great story moments that stay with you, making the story a much stronger one.

Art - 4: The art seems a little rushed this issue, which is a bit of a shame as some of the characters suffer due to the lack of detail, making it hard to identify who is who at times. The gravitas of the story is lost slightly with the artwork seeming to be in a hurry for the last page - which looks good but I don't think it should have sacrificed prior pages to build it up.

Cover Art - 5: The painted covers look great, with Luthor looking as dark as ever and Superman looking ready for action. Would like it to have been more story based as a cover rather than concentrating on actor likenesses, especially as the interior art doesn't carry that forward. DC doesn't do enough painted covers, MORE PLEASE!