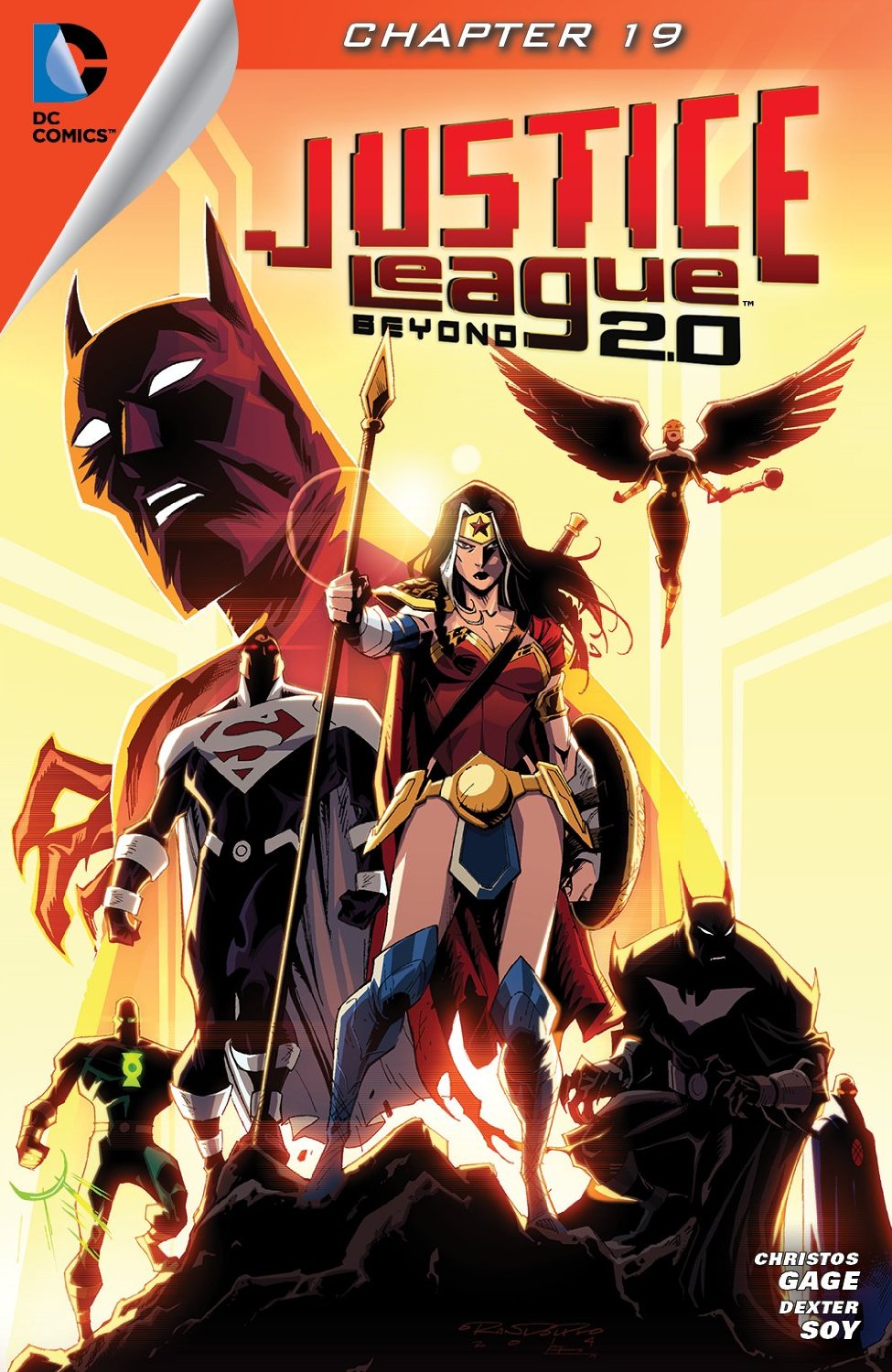 "Justice Lords Beyond" (The Return of Wonder Woman): "Dark Reflections"

Click to enlarge
The battle between the Justice Lords and the Justice League Beyond continues, with the heroes pairing off with their doppelgängers. However, the League is unbalanced by the sudden appearance of the Lords, and the revelations that their counterparts bring. One by one the League falls until each of them has been dispatched. Lord Micron discovers that Batman has been sent to their world, and Lord Superman determines to go back to his world to deal with him. In Neo-Gotham, Bruce Wayne charges Wonder Woman to tell everything that has transpired with her on the Lords' world. Wonder Woman reveals that she loved Lord Batman, and was also the one who killed him. A shocked Superman and Bruce Wayne eye her as the issue comes to as close.

Story - 4: The battle between the Lords and the League is predictable. It's obvious that the League has to be defeated or the storyline is going to be quite abruptly ended. Still, the battle is entertaining, but more for the reveals that occur between Lord and Leaguer. That being said, the battle makes for a quick read for three-quarters of the story, but once that's done, we're out of there tout de suite. It's a wee disappointing, as the build-up comes to a crashing halt with the League's defeat, and we're left with yet another cliffhanger/reveal, the eighth in a row. It's not that JLB 2.0 needs stand alone stories, rather, JLB 2.0 needs complete stories in each installment. The battle isn't enough to justify the pace at this point, and there is such a good premise, that, since the JLB was going to lose anyway, a few panels could have been saved for more of the dialogue with Superman and Wonder Woman. Instead we'll get that dialogue next issue, and have less action. If it's saved till part eight, Gage runs the risk of more bathos as occurred with the end of the last storyline.

Again, we know that the JLB has to lose, but must they be so stupid in the process? It's one thing for the Lords to defeat them using a superior strategy, but that's not what occurs. Rather, the JLB defeats themselves, with the exception of Captain Marvel. Once they are given a sliver of data on how their counterparts live, that's enough to distract the Leaguer and give the Lord the victory. Captain Marvel's defeat is a wee bit more sound, but confounding to say the least. Readers have absolutely no idea as to how the Marvel Family's powers work and for White Adam to be able to initiate the change that occurs is very hard to accept. The lightning has all ways be specific to the wizard, Shazam and unless Shazam is the same person in every alternative dimension, there's just no reason to believe that such a thing would be possible. The Marvel Family needs some serious explaining, as has been stated before, and readers can only hope that it will happen sooner rather than later.

While I look forward to next issue, I sincerely hope that there is some completeness to it, as I'm not one for cliffhangers or being left in the lurch for a fortnight at a time.