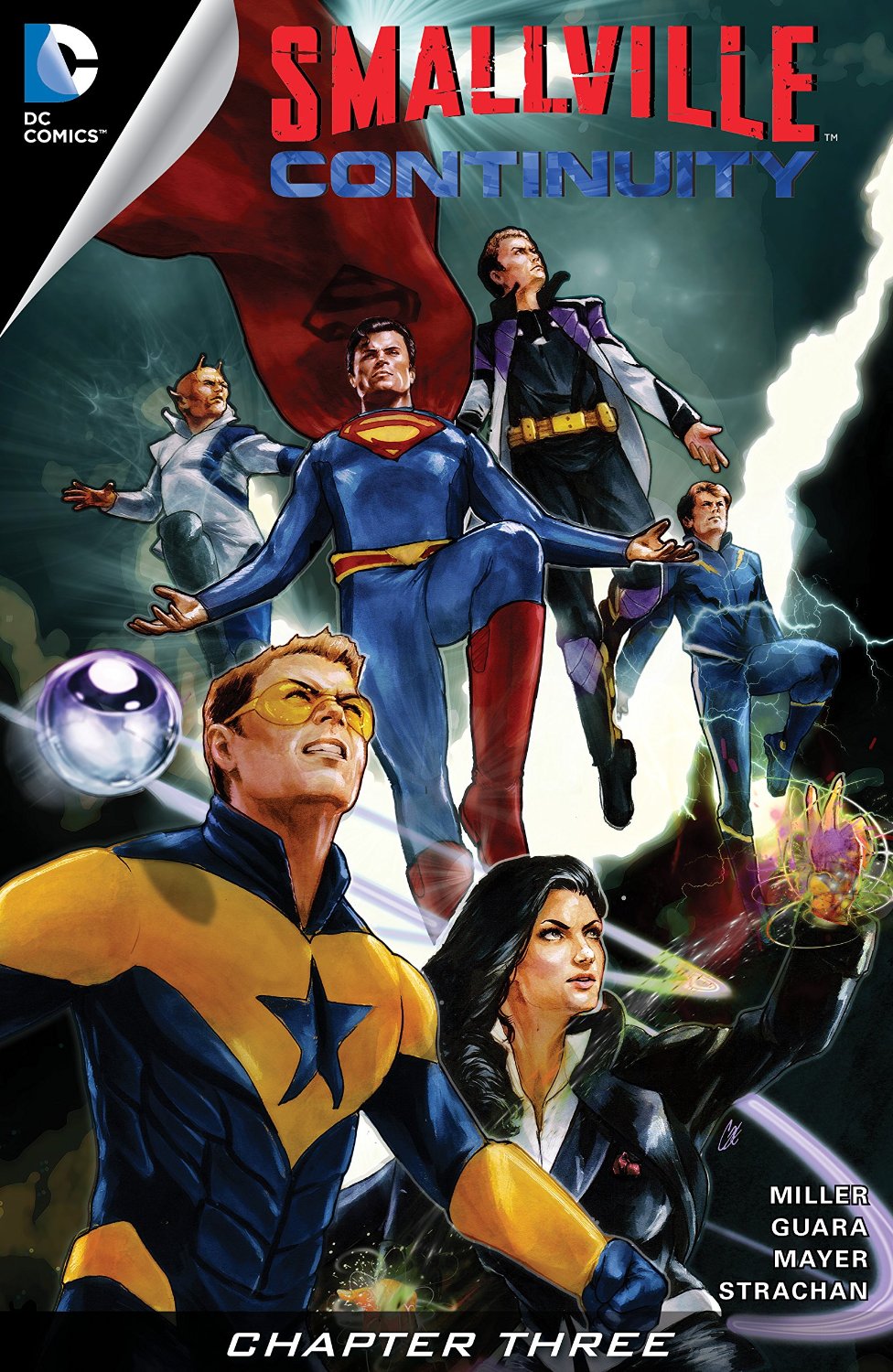 Click to enlarge
Lois and a heavily pregnant Chloe visit the Daily Planet and share some emotional moments about some of the hardships they have endured over the past few years and wonder if this crisis could be something even Clark and his friends cannot stop. Meanwhile Oliver and CGI Tess are also talking about what they now know from the Manhunters. Tess points out Henshaw left and the DEO and STAR Labs haven't been able to gain any more information than they already knew. Without a body she feels at a loss but Oliver points of that Tess can be tangible again if she wanted to. She has access to a 3D printer and can fashion a body out of it much like he does for his Green Arrow armor and the base they now have on the moon. Tess' fear of dying again is revealed at this point. If she dies again after becoming physical she might not be able to come back again - ever.

Meanwhile Bruce and Clark sit in the Kents' apartment to figure out a game plan. Bruce is angered when he finds out about Lex Luthor's machinations but he distracts himself by revealing what he has extracted from the Manhunter head. Bruce points out that the Manhunters can be hurt but the Crisis is not something Superman can just punch away. Clark asks Bruce if they will be able to stop the crisis without either side having any casualties... but the billionaire remains uncomfortably silent.

Soon Clark gathers all of the heroes onto his rooftop and gives them the lowdown. They can distract the Manhunters with physical attacks while Watchtower leads an evacuation to the heartland. If the distraction they provide fails everyone will die or be 'rebooted', but if they win everything will stay as it was and how they all remember the world. Clark tells them to say goodbye to their loved ones and suit up ready for war.

Story - 4: Smallville, having been a drama on TV, has benefits with this kind of storytelling and it lends itself very well to the comic. It has been action, action, action, almost relentlessly building up the scale of the crisis in 'Continuity' so far, so taking time out to have character moments that really delve into emotion and the rich history of the series is a brilliant change of pace. It was also something the story needed to give it some heart. Having Clark be a leader and strategist is very enjoyable. I miss him thinking with his brains and not his fists.

Sometimes the drama scenes in comics are the hardest for them to deal with, but it's great to see the book loses nothing by focusing on character.