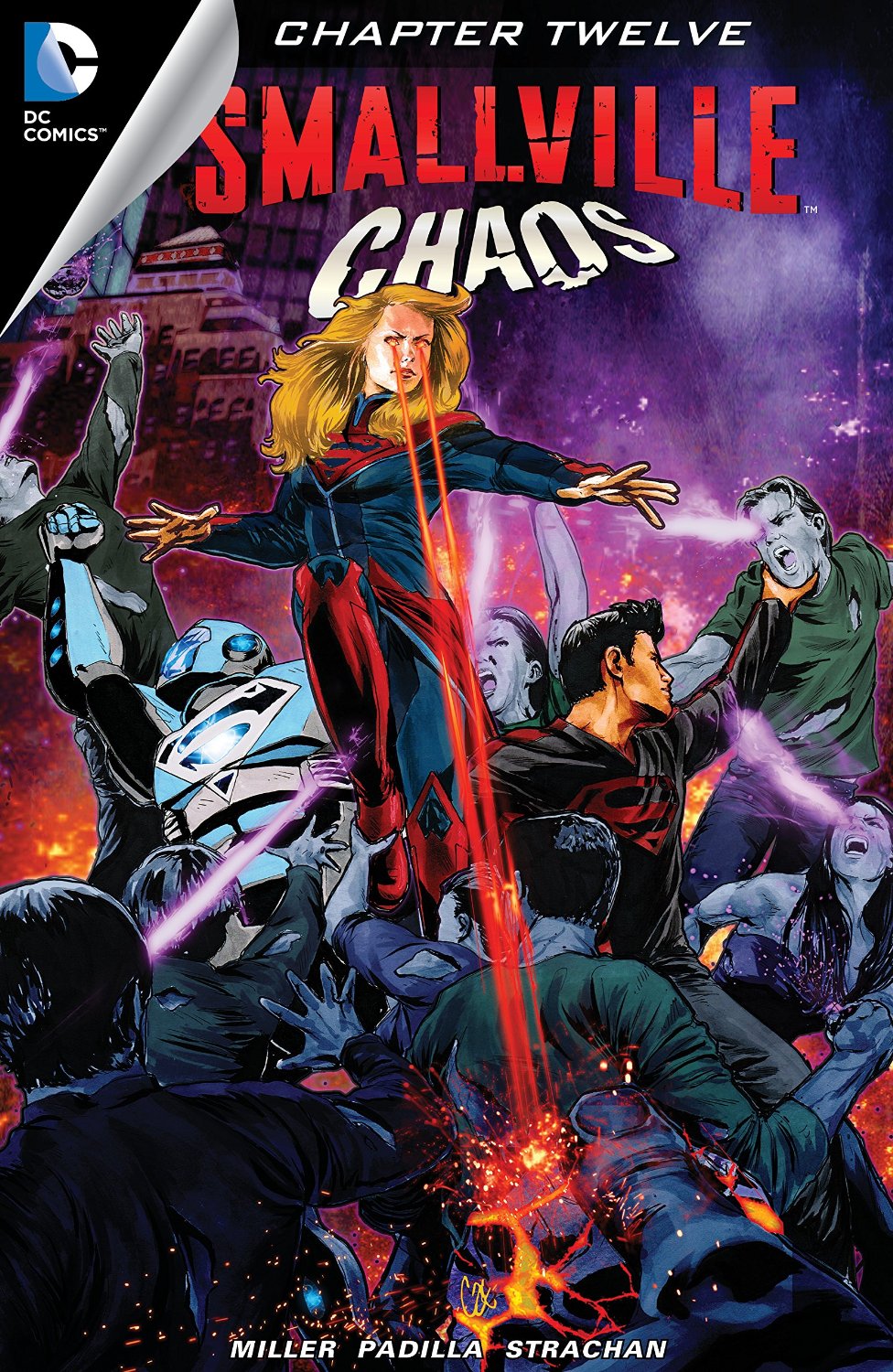 Click to enlarge
Hank Henshaw checks in on his former wife, who appears to have a new man in her life. Henshaw keeps to the shadows and relays to Tess that he just wanted to be sure his wife would be okay before he left. Henshaw says he hopes his actions will in some way make up for how things initially turned out between him and Superman, and with the help of Green Lantern's power ring, he soars into the unknown of space, taking Eclipso away from Earth.

And in Bleed Space, Superman and Lois commandeer an escape craft and leave the Monitors' ship behind. They return to their home universe and crash land in what appears to be Antarctica. Lois cradles a badly wounded Superman in her arms and calls for help, but they're alone.

Meanwhile, in the Antarctic facility, Lex's Yellow Lanterns decide to turn against their employer. However, Lex reveals his contingency plan, that his subordinates' rings were slaved to his own ring and programmed to self destruct on command - and that command is given. That done, Lex and Otis make their exit.

Finally, at D.E.O. Headquarters, the President is briefed on the situation. The Monitors are beginning their assault, officials say. The Crisis is here.

Story - 4: On first reading, I didn't like this story. Every other story arc's conclusion has had... well, a conclusion. But it grew on me the second time through.

I still have a beef with Superman's survival of Bleed Space last issue. We're again reminded in this issue that it wasn't easy, but it's still the sort of "gotcha" moment that just annoys me. It's what Dennis O'Neill would complain about. "Nope! Bleed can't kill me! I'm Superman. No nyaah!"

But that's in the past, now. And this issue is about the future, about what comes next.

And that's a not a bad thing.

Casting aside my various beefs and nitpickings with this series, I really like stories with parallel universes and alternate realities. Perhaps that's caused me to be a bit forgiving of this series at times. If so, I'll lower my head, accept my shame, and admit my guilt.

But in the end, it's all about enjoyment. And I've enjoyed Smallville: Season 11. It's a bit wonky at times, to be sure. Sometimes its tone is inconsistent, and sometimes it leaves you scratching your head and wondering where the heck that giant space whale came from. But overall, it's a fun ride.

And Chaos has successfully continued that trend, while opening the door for the experience to continue.

It's been a good ride, and even though my thoughts about it may not show up on here in the coming weeks, I'll keep riding shotgun.

Art - 4: The artwork delivers once more. The dark, muted tones in the panels depicting Henshaw's departure from earth effectively reflect his somber mood. And the sudden, bright green from Green Lantern's ring shows the change as he looks to the adventure ahead.

Likewise, the dark tones surrounding Lois and Superman after landing on earth illustrate the grim spectacle as it unfolds.

And is it just more, or does the President really look like Tony Stark?