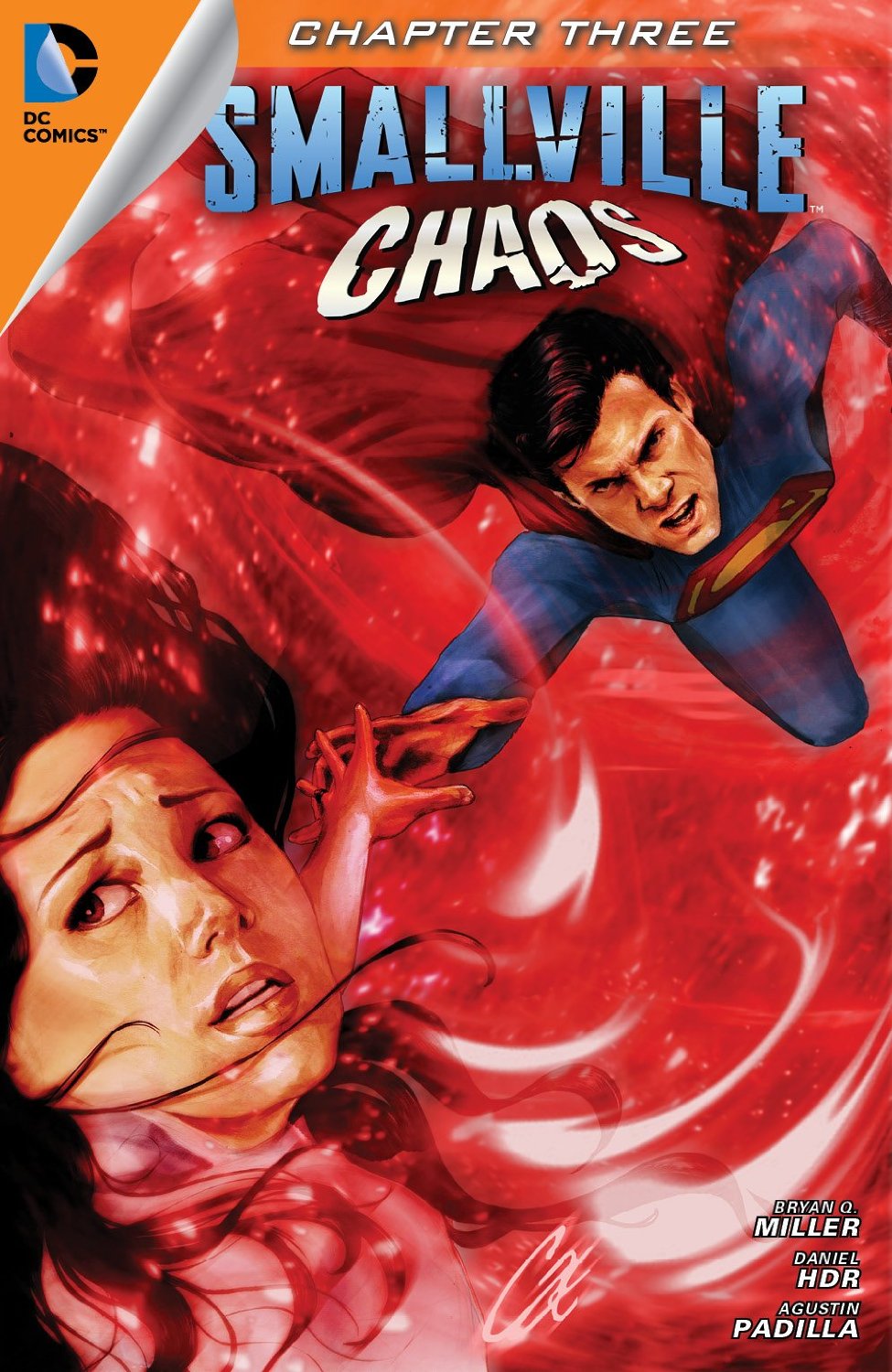 Click to enlarge
Lex Luthor enacts what he calls a "hostile takeover" of the Antarctica facility with the help of Yellow Lantern-powered henchmen.

Back in Metropolis, the police are still trying to figure out what happened to Professor Gordon, the man claiming to be God's wrath, when the police department is attacked by a swarm of others similarly affected by the black emerald. They claim to be Eclipso.

And in another universe, Lois and Superman duke it out with Bleed-powered Manhunters. Superman takes Lois to the skies and, thanks to some clever evasive maneuvers, destroys their attackers. They then search for any people still alive and, following Superman's super-hearing, enter a church.

This universe's Jimmy Olsen - named "Hank" here - wants Superman to leave immediately, saying it's because of "capes" like him most people are dead. Hank is interrupted by this universe's Lois, who tells Superman that her earth's hero, Mister Majestic, was murdered alongside all the others. According to Lois, the Monitors did something to the earth's core, which was the beginning of the end for other cities. Just then, a ship overhead begins a similar assault over Metropolis.

I won't pretend to mask my disappointment. Majestros was always a favorite of mine from the Wildstorm universe when it was still around. He was the guy who introduced me to it, after all.

But, much as it pains me, it's not like he's crucial to this story. Not right now, anyway. (And hey, these are comics, he can always come back.) But his death adds some genuine weight to the impending crisis. After all, Majestros is equally as powerful as Superman. If these Monitors were able to kill him, they can just as readily kill Superman.

"Chaos" is turning out to be an appropriate name for this story. While Lois and Superman face hell on earth in a parallel universe, Lex is attacking the Antarctica facility with his own Yellow Lantern Corps and an army of Eclipsos are attacking Metropolis.

It's dogs and cats living together! Mass hysteria!

And frankly, it's great.

This story had a weak opening, to be sure, but it's developed into a really unique and entertaining ride. Will it make up for the conclusion to Lantern? We'll see. In the meantime, this is a lot of fun. Kudos, Mr. Miller.

But seriously, Hank. Watch that potty mouth while you're in a church.

Art - 4: Solid artwork again on this issue. The chaotic feel of the story is effectively displayed through chaotic images. (I'll try not to use that word anymore from now on, though.)