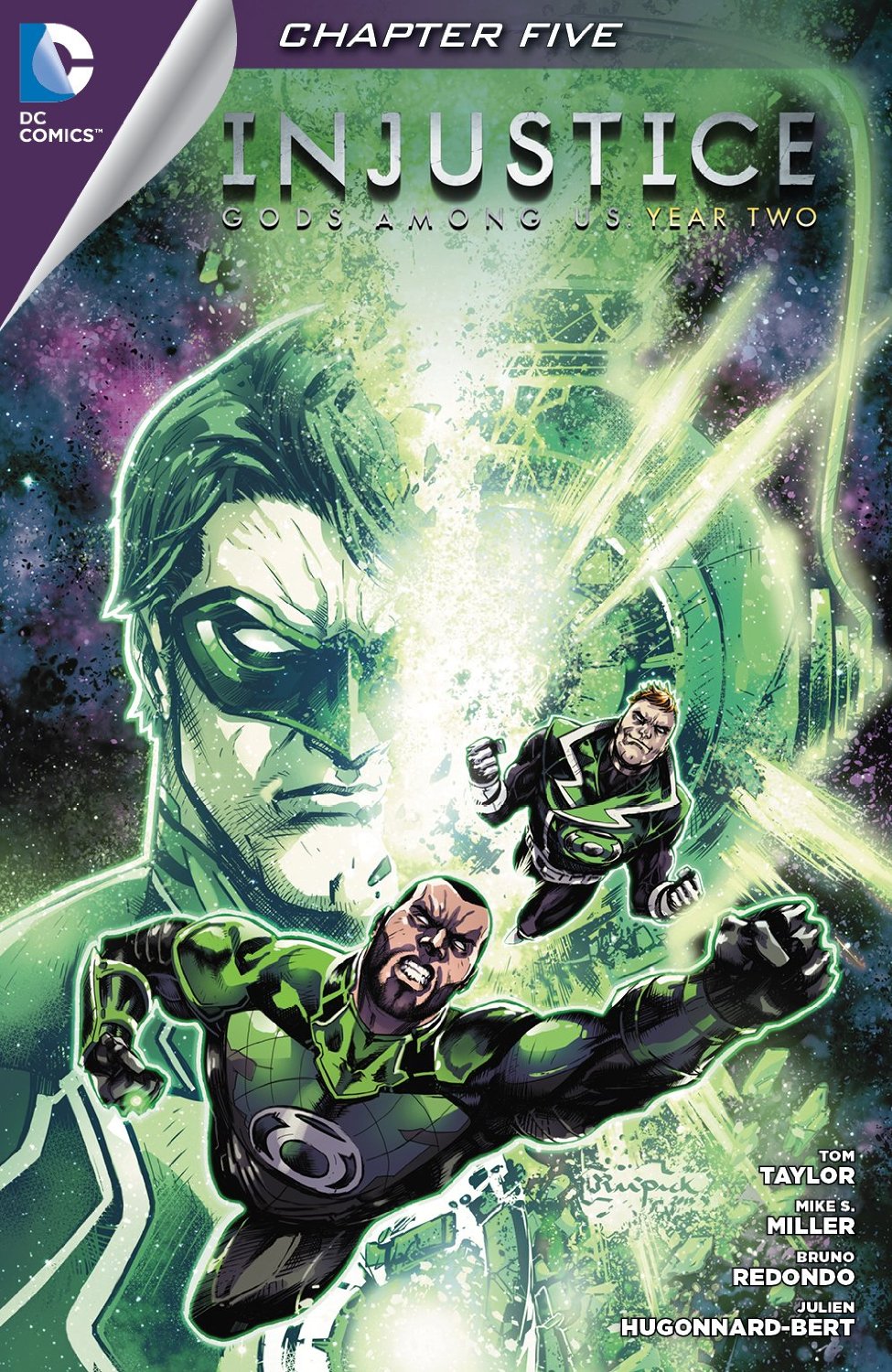 Story - 2: An absolutely maudlin and mundane issue. If the idea is to show how Regime Superman takes over the world so completely, and what resistance he actually met, this is an extremely poor way to go about it: with hackneyed plot-lines and twice-told tales. The Guardians of the Universe's involvement with Krypton's destruction, if you can even call it that has been addressed before, and in better ways that Ganthet looking at the end of his robe, and then diverting the question of responsibility onto the doomed Kryptonians. It's also such a clear parallel for what Regime Superman is doing, that even as blinded as he may be, he should still be able to see it. The fact that it's news to everyone who hears it is immediately questionable, as it would all the more sense that Regime Superman, Hal Jordan, or any one of the Green Lanterns of Earth had asked the question before. Sinestro, as the purveyor of the information has to make a mind wonder as to how he knows, when Hal Jordan doesn't. If the scene had been shown as Ganthet lying about it earlier, there is that, but it would only lengthen the list of dysfunctional characters, who need to be dysfunctional so this story can take place.

The scene with Krypton, which should have come across much better, hits all the wrong notes and plays soapy instead of operatic. There is probably no comic reader who doesn't know the origin of Superman, so to show the scene again, to invoke pathos that is all ready there, isn't quite needed. However, Lara's maternal concern comes across as hysterical, rather than the dignified motherly sacrifice that it should be, and Jor-El is robotic, or worse, cold. He's depicted in such a paint by the numbers fashion, that it's hard to see that he has any concern at all. It's understandable. If given the opportunity, what writer wouldn't take a go at the greatest origin ever told, and even Morrison is guilty of being lured by the unnecessary in this sense. If there's nothing to add to it or worse, it can't be justified past piddling reasoning, it's better left alone and untouched. Readers do know the story.

The irony continues with Guy Gardner being the level headed individual, while Regime Superman and Ganthet puff their chests out. The scene is ludicrous beyond belief; it's as if under heavy and direct influence by the game itself: Talk for a wee bit, stand in a confrontational manner, fight! It's very hard to believe that a Guardian of the Universe would behave in such a manner, and that's not to say that Ganthet wouldn't become angry, but with the amount of power at his disposal, it makes such a scene seem quite silly. Ditto for Regime Superman. He has to know how powerful Ganthet is, his psionic abilities, etc. To engage him in a fight in this manner is folly; not every problem can be vaporized or broken over his knee. Sinestro's involvement will deepen the descent of Hal Jordan, as there's no floor for Regime Superman on how low he can go, however, it will have to be detailed what Sinestro gains from this. Recruits? A foothold on a planet he's never wanted to rule? What is the payoff for his involvement, other than we know he has to be there because he's in the game?

There's little if anything to mitigate the rating for this installment, and the seams, while not threadbare, are still showing obviously. After the Guardians who's next? The New Gods and New Genesis? The Linear Men? Zod, Faora, and Quek-Ul? The more Regime Superman succeeds in consolidation, the less plausible the end of the cut-scenes are... if they still matter at all.

Art - 3: Whoever knew that Kryptonian jewelry could enlarge itself to the size of the hand that holds it? Seriously, it's another serviceable issue, and that's no slight. It's also not the visual stimulation that's needed for this book long term.