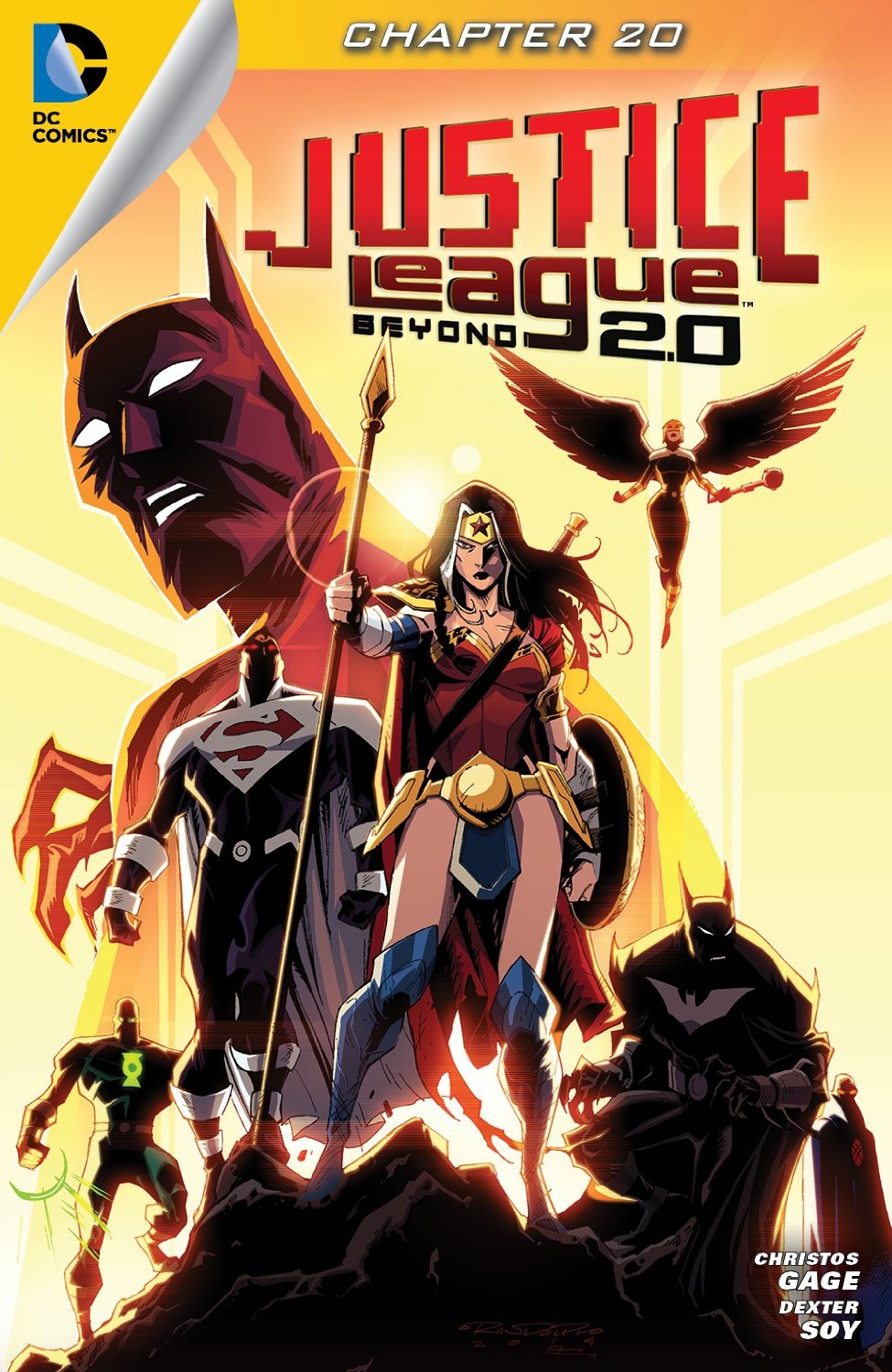 "Justice Lords Beyond" (The Return of Wonder Woman): "Strange Bedfellows"

Story - 5: It's taken a wee bit of time, but Gage is back to form, and with a narrative no less. What is most surprising is how "adult" this storyline is, without isolating younger readers. Too be frank, without isolating readers in general. What could have been a boilerplate installment was anything but, thanks to the rich characterization that is applied, and the common sense that Gage brings to long-standing characters like Superman, Batman, and Wonder Woman. The animated versions of the characters are not canon; they've events and adventures that make what is their own world separate of the prime one, yet Gage doesn't run from the core of the heroes and heroine in an attempt to make them different than what we know. No, much as the Silver and Bronze Age versions of the characters differ from each other without being diametrically opposed, so it is with the Beyond Universe, and it makes for accessible reading and storylines that surprise and entertain more because they are less removed from what the characters have come to be. It's a simple premise, and one that Gage makes look easy, yet it escapes so many writers today.

Wonder Woman's narrative is quite compelling, perhaps more than it should be as it's been alluded to for several issues. Still, the final battle between Lord Batman and Lord Superman is give much more shrift than expected, particularly with the major battle that has just occurred last installment. However, the change in pace and storytelling works well, as it shores up all but one of the remaining questions about Wonder Woman's reappearance, and reestablishes her character as a positive force who bears the weight of an awful decision. The relationship between Wonder Woman and Lord Batman is also given greater credence, and with a brief four panels at that. This is the relationship that would have happened with The Batman of her world, as her feelings were there but his were absent. We also see that any such union doesn't result in happiness for either of the two.

It is Batman's affection for Wonder Woman that is his undoing; it allows his keen mind to be drawn away from the obvious, which is his greatest strength. The ploy that is used isn't original, and surely the Batman could recognize a wig even at a distance. However, love will not let him take a chance on it being Diana, and at the same time he has to be prepared for a potential attack. A mind divided rarely brings anything fruitful to pass. Lady Wonder Woman's neck-snap of Batman is less brutal than her holding his dead body overhead, waiting for Wonder Woman to return and see her handiwork. It ensures the fight that ensues, a proper battle of Amazons, and one that only Wonder Woman can win, as Lady Wonder Woman now contends with a Diana who is not holding herself in check; a totally different fighter than one who does not seek death and judgement.

However, Gage surprises again with the ramifications of Wonder Woman's actions. Her killing of Lady Wonder Woman comes with a price, both internal and external. We see the lasso of truth crumble as it disintegrates into nothing, proof positive that Wonder Woman is no longer worthy of it and its gifts. We also know that the grey streak she's achieved in her hair is a reflection of the streak that she's earned on an otherwise sterling spirit. Killing comes with a cost. Thee is no excuse for a positive person, for a true heroine. We can understand her actions, but what is more important is that Wonder Woman will not excuse herself of them.

An excellent issue from start to finish. So much so that I could overlook the contrivance of Kryptonite, and yet another cliffhanger in Wonder Woman's unknown son now being mentioned. Gage has the handle on and my only hope is that he closes this out well.

Art - 4: The fight scene between Lady Wonder Woman and Diana is rendered well, and the look on the faces of Lord Superman and Diana as they marry each other is priceless.