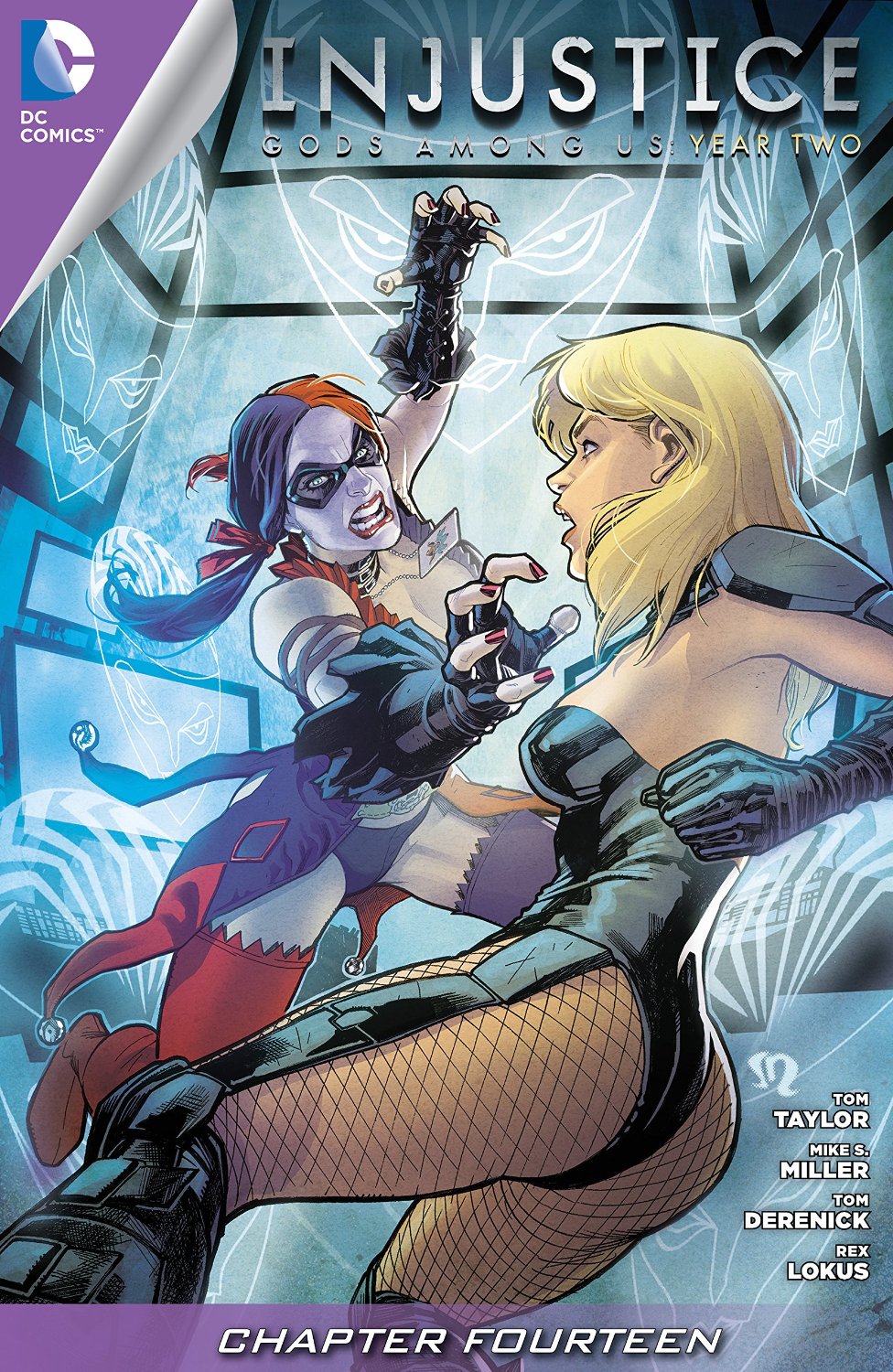 Click to enlarge
On Oa, the Guardians of the Universe are befuddled by recent events. They cannot locate the Earth, and the Green Lantern Corp members sent to Earth have disappeared. Guy Gardner returns to alert the Guardians that Sinestro has joined Regime Superman, and the Earth is being shielded from the Guardians view. The Guardians resign themselves to the current fact that they cannot assist the Earth, but Gardner tells them that there is a resistance on the planet, dedicated to stopping Regime Superman's advances. The scene shifts to Black Canary, Huntress, Batwoman, and a group of former GCPD officers, taking it to Regime Superman's stormtroopers. Prisoners are taken and Commissioner Gordon crosses a line by denying the captured due process; an action that leaves his team to look on him with uncertainty.

Story - 2: An easily unentertaining issue. The build-up of the battle with the Green Lantern Corp fizzled magnificently, and the Guardians have taken themselves out of the picture... which is pretty much like the Guardians. They could end Regime Superman's run any time they wanted to, but that would mercifully end this insipid storyline. Injustice Year Two has no focus whatsoever. The idea should to show the growing encroachment of Regime Superman's rule, but it's bogged down with boilerplate conventions and superhero tropes that just don't mesh well with the world that's been established (and that is said with extreme generosity) here. Superheroes in a realistic setting and amidst the political, social, and iconoclastic themes that Injustice attempts to espouse requires careful planning for the story to be of true worth. However, does the story need to be of any true worth? Furthermore, does the story need to make sense at all? The premise of Injustice is implausible through its execution, yet it doesn't seem to matter to the readers that consume it weekly.

While I was very critical of Injustice in its first year, it did have its moments where excellence, if not outright brilliance shined through. This year is all inertia on an incline. There is nothing of weight for Year Two, and it's obvious that there is no direction for it either. A story about the tragic downfall of Superman and the spread of his misguided authority is now fettered with a pregnant Black Canary, with Harley Quinn as a nanny; Commissioner Gordon on an end-of-life crusade, more heroes on super-pills, the Green Lantern Corp, the Guardians, "The Keewee! The Bushrats! Have we left anyone out?! Oh, yeah, don't forget Taz...." It's overweighted in an attempt to be more than what Injustice is: a story that allows for DC's iconic characters to be consumed by a those who don't believe those aforesaid icons are cool. A back to basics approach is called for, but not by Taylor, as his work on Earth 2 demonstratively shows, but by DC. The greatest heroes ever assembled, and this is what is done with them?

Art - 4: Tom Derenick's pencils really are missed, and it's a shame that he returns to illustrate such a lackluster installment.