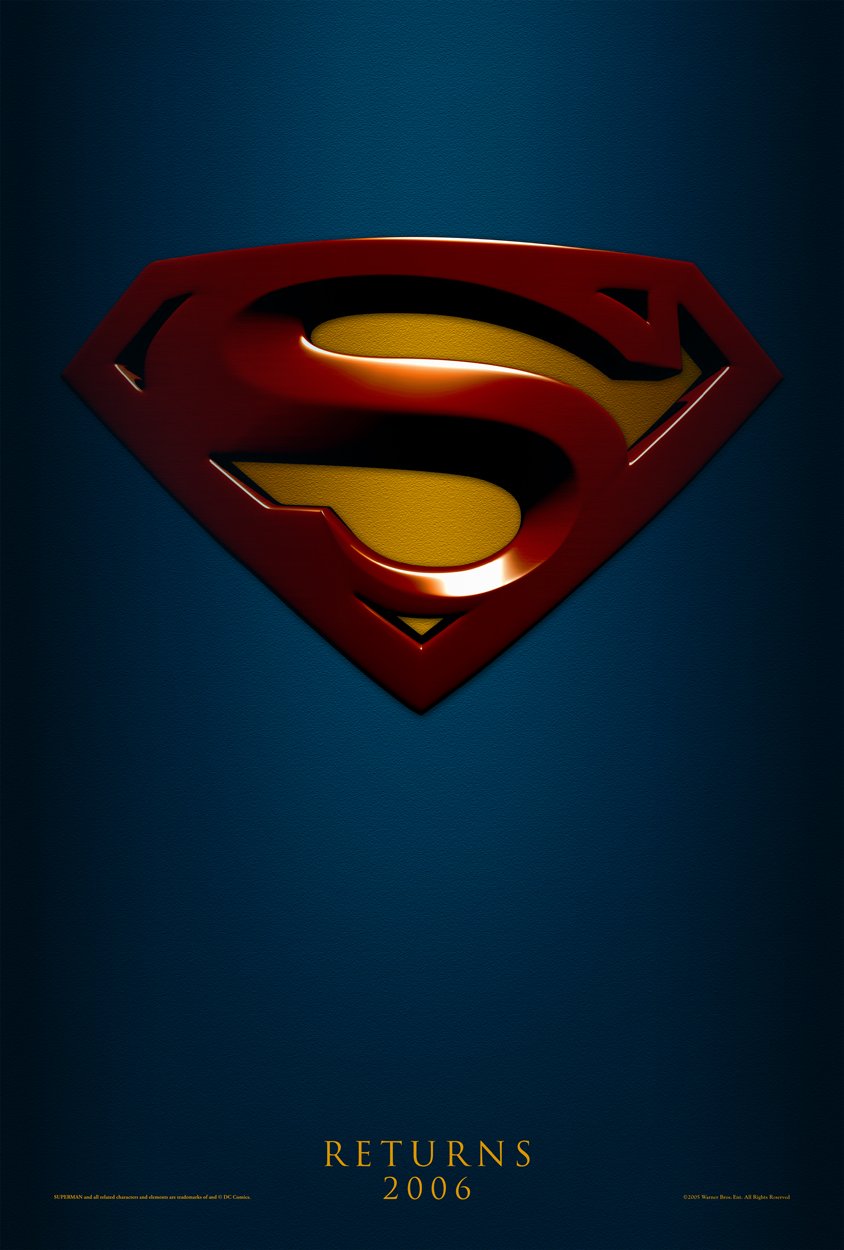 Plot Summary: Following a mysterious absence of several years, the Man of Steel comes back to Earth in the epic action-adventure Superman Returns, a soaring new chapter in the saga of one of the world's most beloved superheroes. While an old enemy plots to render him powerless once and for all, Superman faces the heartbreaking realization that the woman he loves, Lois Lane, has moved on with her life. Or has she? Superman's bittersweet return challenges him to bridge the distance between them while finding a place in a society that has learned to survive without him. In an attempt to protect the world he loves from cataclysmic destruction, Superman embarks on an epic journey of redemption that takes him from the depths of the ocean to the far reaches of outer space.

Directed by BRYAN SINGER, the film is produced by JON PETERS, BRYAN SINGER and GILBERT ADLER. The screenplay is by MICHAEL DOUGHERTY & DAN HARRIS, and the story is by BRYAN SINGER and MICHAEL DOUGHERTY & DAN HARRIS. The executive producer is CHRIS LEE. The director of photography is NEWTON THOMAS SIGEL A.S.C.; the production designer is GUY DYAS; the film is edited by JOHN OTTMAN and ELLIOT GRAHAM; the costume designer is LOUISE MINGENBACH; and the music is by JOHN OTTMAN. The film is based upon Superman characters created by JERRY SIEGEL & JOE SHUSTER and published by DC Comics.

Comments from Bryan Singer and Staff: "He'll begin in his late 20s. He lost his powers in Superman II and now he has the powers back. But something has happened because he's been away for a long time."

"We're taking off from the first two Superman films with Christopher Reeve. We use his history and then move on with big twists and great special effects.

"We're not going to do the origin story again."

Bryan Singer reveals that the movie will feature a return of Superman of some sorts, and not a complete reimagining. He also went on to reveal that there may be references to the Christopher Reeve movies and maybe even scenes from the other movies. "It puts the first films in a kind of vague history. So what it doesn't do is tread over the 1978 Richard Donner film, it doesn't tread over 'Smallville.' It elaborates on the existence of Superman in the world in a history. He's out of the culture and then he returns."

Read our complete guide to these Video Diaries.