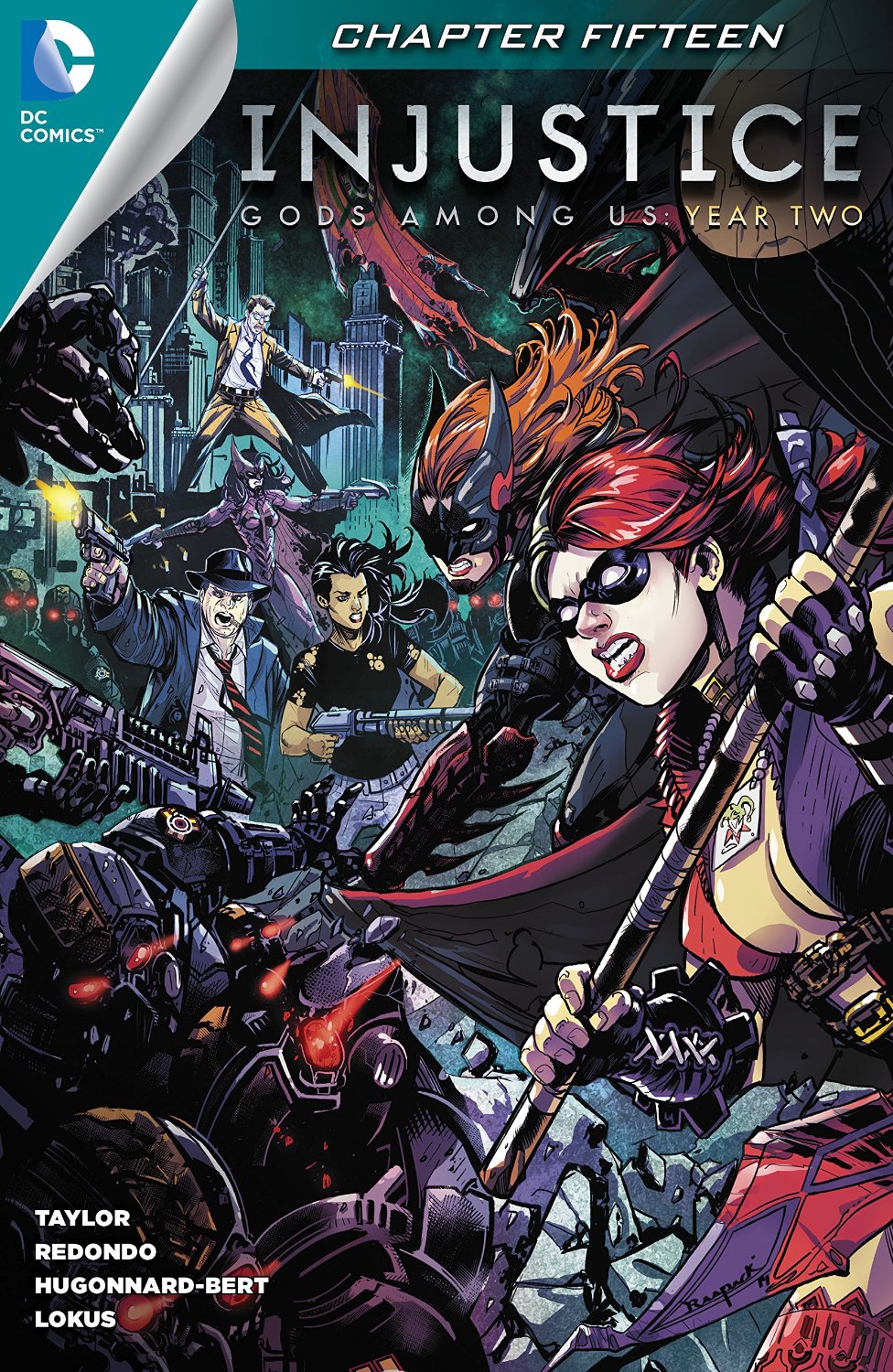 Click to enlarge
Black Canary gives birth to her son, Connor, and later receives a visit from Harley Quinn, who provides Canary with some forward thinking items. Canary is contacted by Guy Gardner, who is leading a force of Green Lanterns to Earth, complete with Mogo, no less. Canary resigns that she must leave her newborn and take up the fight once more. Meanwhile, Sinestro uses Despero as a pawn to further gain the trust of Hal Jordan and John Stewart. Sinestro uses his ring to manipulate Despero into what seems to be a kill or be killed scenario, then snaps Despero's neck. He covers himself by saying he had no choice, and the Lanterns give a full-throated swallow to the deception he shovels. They believe people can change, forgetting the person they are talking about is Sinestro.

Story - 3: The story jumps seven months into the future, which is a good thing, as it means that Year Two will end shortly, and this exercise in sub-mediocrity will soon be over. Once more the war with the Green Lantern Corp takes centre stage, and this time, it's for all the marbles. The GLC has brought Mogo, so we know that their defeat will be spectacular, or can at least hope so. The underlying issue with the battle is in knowing that regardless of its cleverness or lack thereof, the GLC is going to lose. The focus should be on Regime Superman's descent, but it seems for the story's purposes, he's in full despot mode... until he isn't. It's a surprise to see excellent touches like Harley bringing a muzzle for Canary, that reminds one how jacked this universe is. Harley has thought about Connor's potential powers, but Canary hasn't? Surely the baby cried on birth, but why let logic and common sense ruin a good comedic moment? One aspect of the issue that is intriguing is the inclusion of Mogo. This will obviously be a battle with heavy consequences and all to remove Regime Superman from power, when the Guardians could so very easily on their own. They could just teleport him to Oa and there would be no battle, and no potential loss of life, but where is the sense in that?

Here's a less obvious fact for those of ye who are really onto this series: there has been more character development of Harley Quinn than there has been of Regime Superman, and with less panels in addition. She's gone from the Joker's nutty moll/girlfriend, to a super-powered Deux ex Machina device, to a sage-like nanny for Canary. That's pretty good development for a supporting character who really has little or no stake in the overall story. We still don't know why Wonder Woman is on board with making Man's World into Bad-Man's World, but Harley? She's shining like a fresh Hershey bar. Here's to hoping that we're done with the filler issues as of now, and the next installment actually serves up some entertainment, posthaste.