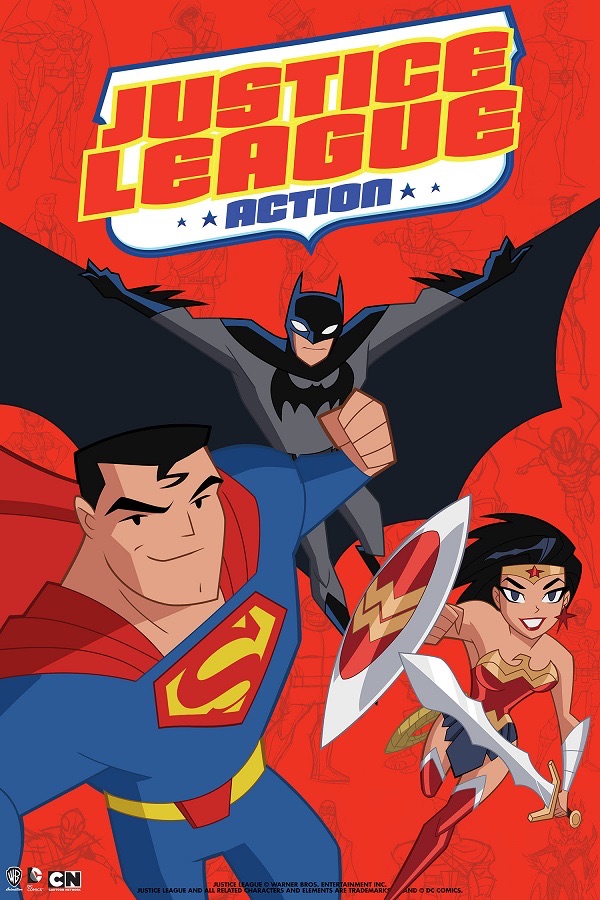 Superman, Batman and Wonder Woman lead a group of superheroes, the Justice League, into action in this animated series. The heroes must battle enemies that include space invaders and bizarre forces of magic as they try to defend Earth from the supervillains intent on destroying the planet. The heroes are up for any challenge as they embark on thrilling adventures. "Justice League Action" is part of the popular DC Universe of comic-book characters.

Featuring the return of Kevin Conroy as Batman, the Dark Knight will join with Superman and Wonder Woman and the rest of DC's iconic team of heroes in a series that promises to put the action back in heroics. Whether defending the Earth, facing invaders from space, or battling the bizarre forces of magic, the always-rotating team of Justice League heroes, are up to any challenge. Episodes will be eleven minutes in length, meaning that the action will be tightly-paced and exciting. And awesome!

Along with Conroy, Cartoon Network have announced that several other beloved DC Animated voice actors will be contributing to the series, including Mark Hamill as the Joker (!!!), James Woods as Lex Luthor, Diedrich Bader as Booster Gold and much more. Sam Register (Teen Titans Go!) will serve as executive producer with Butch Lukic (Justice League, Batman Beyond), Alan Burnett (Batman: The Animated Series) and Jim Krieg (Green Lantern: The Animated Series) serving as producers.