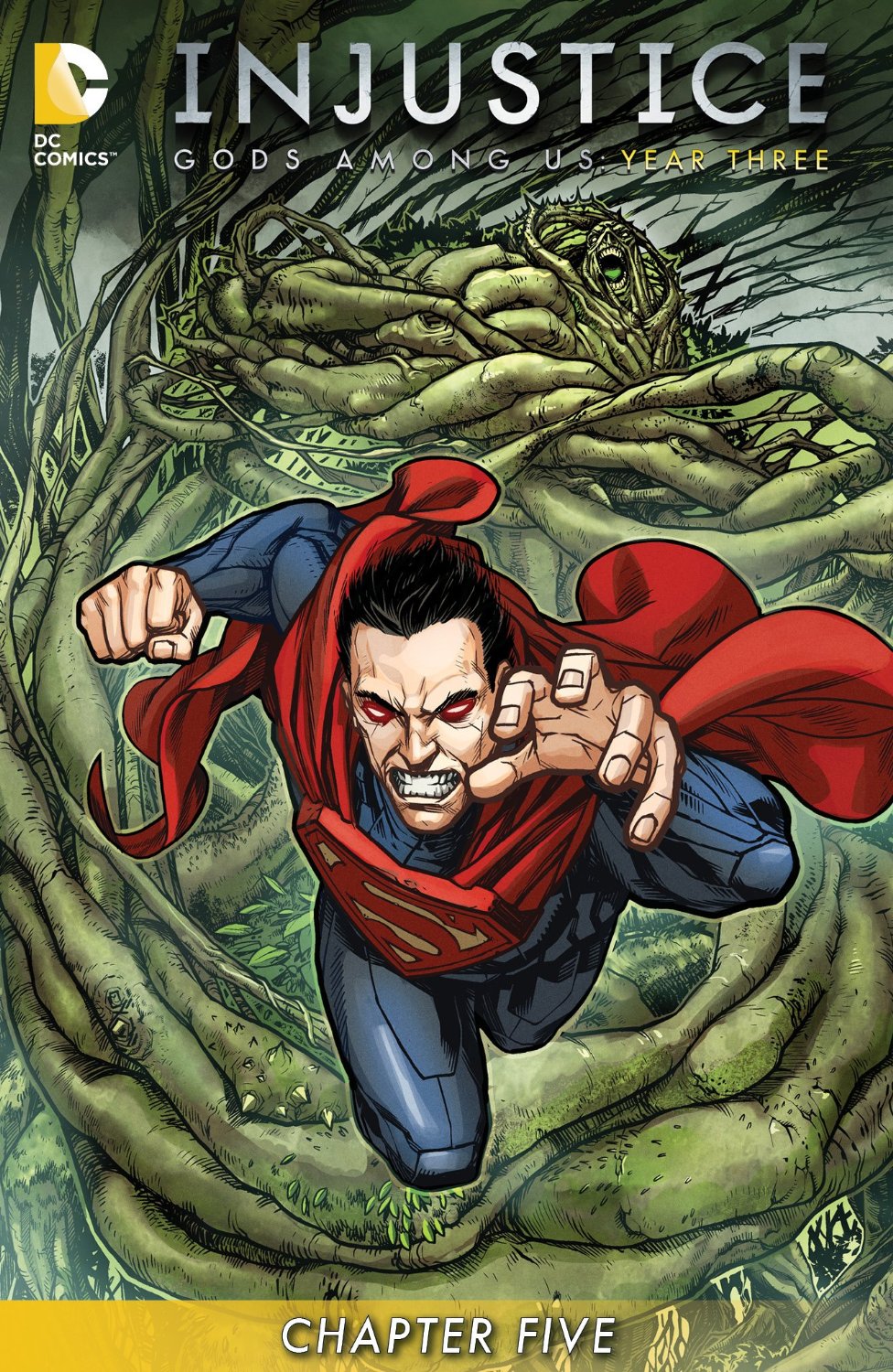 Click to enlarge
Great efforts are made to save the life of Detective Chimp, but it doesn't look good. Doctor Fate can't (or won't) intervene to save Chimp's life. The scene moves to the Hall of Justice, where Sinestro tortures Officer Sprague, in order to gain the whereabouts of the other Leaguers. Regime Superman disagrees with the torture, but Sinestro convinces him that it needs to be done. Regime returns to his throne, and discusses the situation with Lex Luthor. Captain Marvel asks to speak privately with Regime, but is interrupted by the appearance of The Spectre, who has come to warn Regime of what's going on outside of his purview. We return to the Tower of Fate, where Constantine has Klarion intervene to save the life of Detective Chimp. Rose Constantine then performs a feat of prestidigitation, that Doctor Fate confirms is anything but. Constantine threatens Fate to mind his own affairs and is interrupted by The Batman. Constantine and Batman surmise that they need to have a look at what's occurring in the actual world, and get a bearing of what they're up against, so Constantine asks Batman to accompany him to meet someone who probably wants to kill him.

Story - 2: An altogether low-calibre installment. Injustice sports Constantine, Detective Chimp, The Spectre, and other characters that should make for an interesting, if not entertaining issue. Instead nearly half the issue is wasted on hijinks with Harley Quinn operating on Chimp, and his fate. The decision of Doctor Fate with Black Canary looms large here, as Fate won't intercede on Chimp's behalf, but was more than ready to do so for Canary. It seems that there's a certain amount of favoritism to Injustice, in addition to its illogical dysfunction. The illogic continues with Regime Superman showing any amount of concern for Officer Sprague. Regime's people have been kidnapped and he needs to get them back. Full stop. There's no reason for Regime to show compassion or concern for his prisoner, just use the most expedient method and get the information needed, rather than allow Sinestro to torture him and get his kicks. The lack of everything in this issue is just disappointing.

If I took the issue from a military standpoint, it should be game over. Allied with The Spectre, Regime Superman is just too powerful for the Insurgency to handle. That means there will be some cockamamy scheme involved in supplanting the Spectre, Doctor Fate, and the rest. The scent of the coming contrivance cannot be ignored.