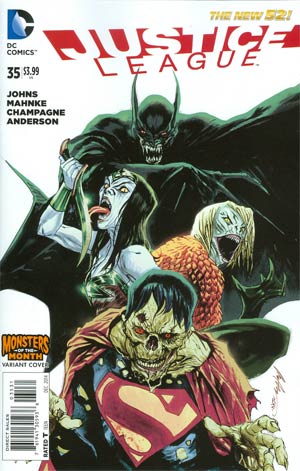 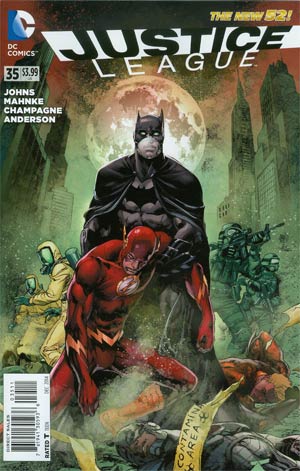 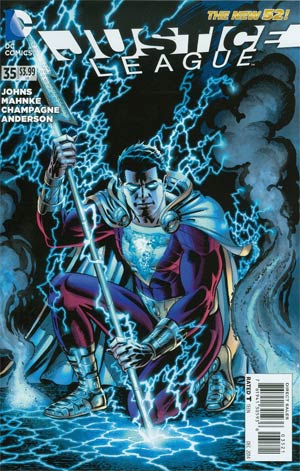 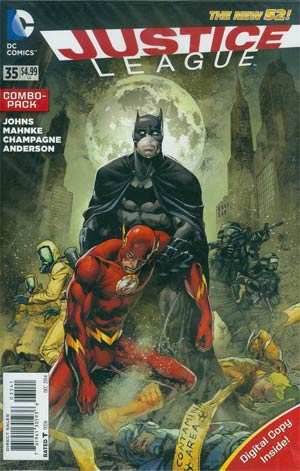 Lex Luthor holds a presser to announce the partnership between Lexcorp and Wayne Enterprises. Wayne hopes that once there is access to Luthor's facilities, that evidence will be found of a nature to incarcerate Luthor. The rest of the League is incognito waiting on the go-word to move in and apprehend Luthor. Luthor gives Wayne a tour of Lexcorp, having granted full access to his facilities. They visit the area where Bizarro was created, then move on to Lex's private lab, where Wayne meets Lex's sister, Lena. Bruce peppers Luthor with his knowledge that Lex failed to cure Lena, and Lex counters that he will succeed in curing Lena, and will be certain to return the favor when Bruce fails someone he cares for. Suddenly, the building is attacked by Neutron. Lex goes for his armor, but in the destruction that's caused, canister V-A13 is ruptured, and the Amazo virus is released.

Story - 4: It's amazing that we've not seen the dynamic between Luthor and Superman, that we've see now between Lex and Bruce Wayne. Under Scott Lobdell there were the seeds of something new to their legendary contention, but it was quickly abandoned and rubbed out with another storyline and a few panels of plastic surgery. The oneupmanship between Lex and Bruce is petty and beneath the two of them. Two men of such vaunted intellect wouldn't waste time urinating for distance, and it's a waste of panels to indulge the sophomoric and trite expectations that men in contention need to behave in such a manner, particularly with so much on the line for Bruce. Lena Luthor in a wheel chair wasn't so much of a surprise, as seeing Lena Luthor at all. Lena is a Silver Age fixture that reoccurs every so often once the crisis gong has been sounded. It will be interesting to see how well she's used and just how long she remains this go around.

While the issue was entertaining, I don't know if it's the best move for the book overall. Quite frankly, it's Batman and Lex Luthor, which could have been accomplished in Batman's "Batman and..." title. The rest of the League do nothing for the issue, and seeing Aquaman standing on a rooftop with his trident in hand was not just a jaw-drop laugh, but a reminder of why he isn't taken seriously in most quarters. The idea that the whole League would be needed to apprehend Luthor is preposterous, which is only exceeded by the belief that Lex allowing access to his facilities will result in an arrest. Why Lex doesn't just expose Bruce and follow the iridescent trail of breadcrumbs that are the identities of the other Leaguers, then just take what he wants amidst the chaos and backbiting that will ensue? It's even more dramatic than what has to take place in the forthcoming issues.

Art - 4: Good stuff, but why do the noses look so enflamed?