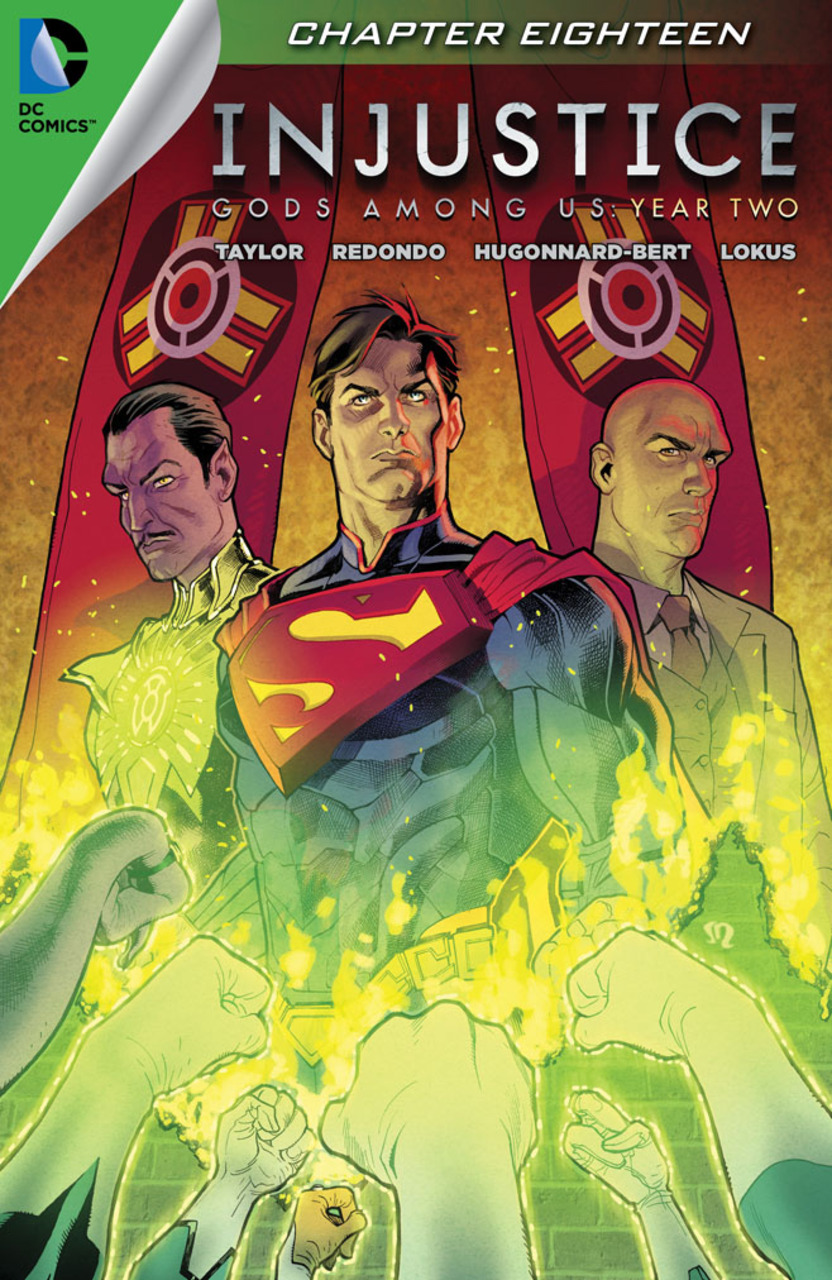 Click to enlarge
Mogo has decimated the Yellow Lantern Corp, forcing Regime Superman to strategically retreat back to Earth to prevent another such blast from being used. On Earth, Oracle and Commissioner Gordon's forces make ready to have at Regime Superman's forces, all of them on the pill. They assault the Hall of Justice, and quickly take out the Flash with a low-level ploy. Robin takes up for the Flash, while Commissioner Gordon presses his assault. Cyborg realizes that the Watchtower is being monitored, but decides to use the knowledge to find the interlopers. Lex Luthor, after being captured, reveals that he's the leak in the Justice League. He tells Commissioner Gordon that Oracle is in danger, and Gordon demands that Lex take him to the Watchtower, unafraid of what may come, as he is terminal.

Story - 3: The transitions in this "war" are confounding. Again, it's obvious that Oracle, Commissioner Gordon, etc., are going to lose this war, so the time that's spent on their involvement is mind-numbing. This is Injustice: Gods Among Us, which doesn't need a rationale past the sales of the video game and its namesake, so why can't Taylor just get to the action and have at it? The big battle between the Regime Superman and the GLC is being put on hold for the lackluster subplot of Oracle, Commissioner Gordon, Harley Quinn, and the rest of their unentertaining ilk. The GCPD is fighting the stormtroopers, Black Canary wants revenge, Catwoman is going to fight Robin (Damian Wayne), who cares? The outcomes of these things are all ready written, so why the excessive detail for threads that have all ready been sewn? Contradictory as it may sound (and probably is) let's just get to the action and be done with it. Catwoman, Canary, Harley Quinn and Commissioner Gordon are not the draw of this clustercluck of a comic, it's the god gone mad, Regime Superman, and whatever actions he decides to take, along with the responses that whoever he's left alive are capable of. There's rarely a call form this reviewer for action, let alone mindless action, but Injustice isn't a book that's much more than that at the day's end, so let's have it.

Riddle me this, if you've been paying attention: how can Commissioner Gordon still be terminal after having consumed the super-pill? He should more agreeable to treatment now, if not in total remission. The pill grants superhuman strength, durability, speed, etc., but not health? That's a major cock-up, as the pills are based on Superman's physiology. What is more, now that Lex has outed himself, why did he help make the super-pills in the first place? Since we saw Harvey Bullock chomping on a new pill, is the effect of the pill temporary? Or has much of what's transpired been forgotten, just as the verve of this book as been forgotten?

Cover Art - 5: Nice cover. It's all ways cool when color is used to better effect, as is done here.