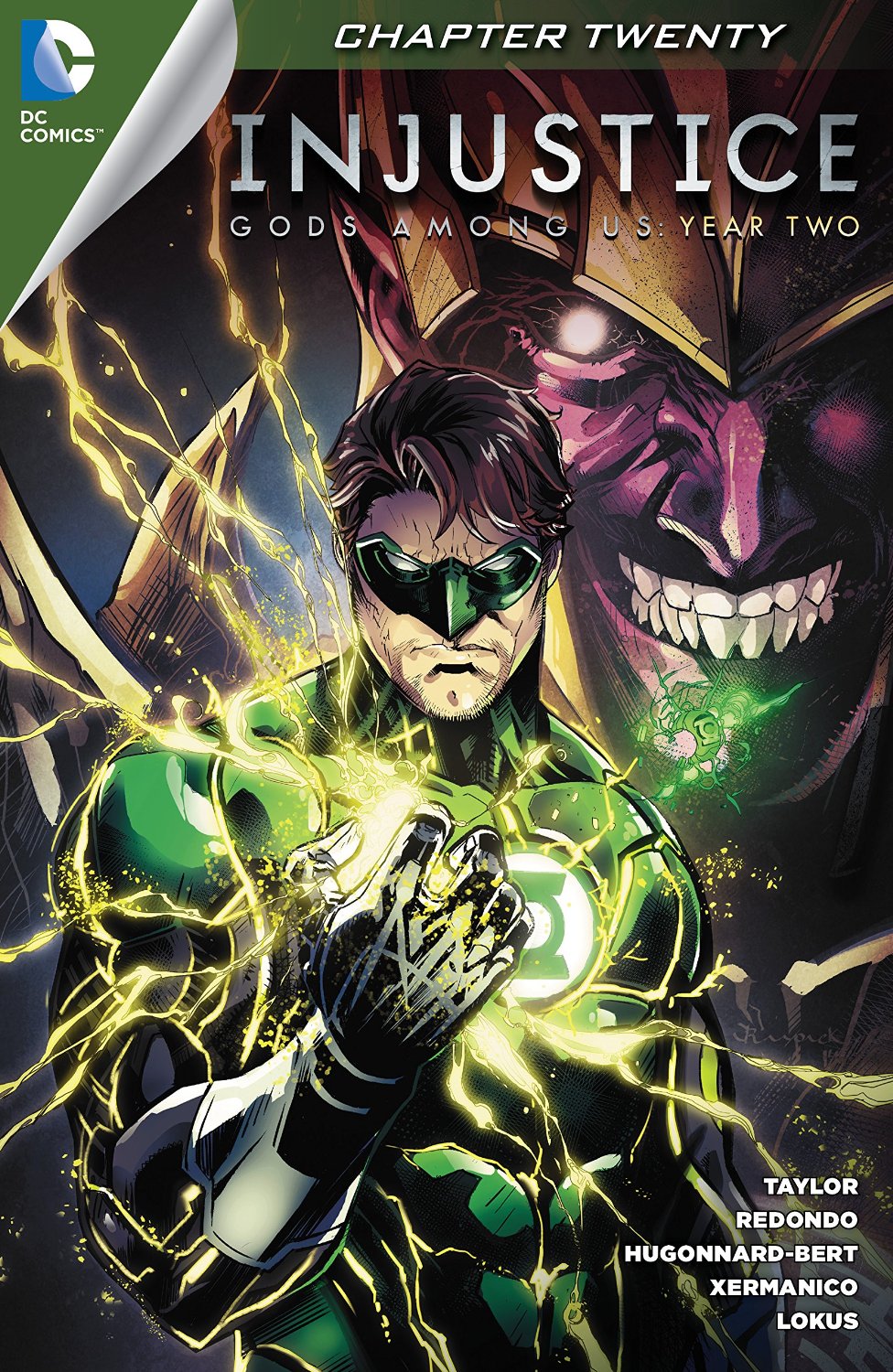 Click to enlarge
The war spreads across the Earth, as Regime Superman and the Justice League look to stretch the Green Lantern Corp and minimize their effectiveness. Populated areas are turned to battle grounds, as the GLC will seek to prevents innocents from being harmed, something the League isn't concerned with, so it seems. Oracle realizes that she's being traced, and tries to stop the process, but Cyborg isn't to be thwarted, Cyborg is seconds away from discovering her location, when Commissioner Gordon gains his attention. Gordon shoots a warning shot, and threatens to shoot through Cyborg's face, but Cyborg reveals that Gordon is literally dying before him. Gordon attacks Cyborg with his bare hands, and rips his face off, effectively stopping the trace and saving Oracle. While Luthor takes care of Cyborg, Gordon calls Oracle one last time to tell her loves her, and then disappears from the secure line used to make the call.

Story - 4: Good issue. Taylor does these scenes well: pathos and sweet sentiment. They stand out because of the overall unevenness of Injustice, and when they are done, it reminds of the make-up of the characters that many times seems to be lost amidst the melee and slap-shock of the series. We will forgive that Commissioner Gordon comes anywhere close to taking out Cyborg, which should have never happened. We forgive the tired and trite method in which Cyborg is defeated, as he is all ways defeated in such a manner. Cyborg's greatest ability is also his greatest detriment as a character. He's all ways defeated by his cybernetics. If it's not a virus, he's just bloody pulled apart like a refrigerator door. Still, we pardon such laziness, because they allow us to have a last hurrah with Commissioner Gordon, who at his core, is a father who wants to see his daughter safe. Nothing will keep him from his task, not man, machine, on even his rapidly approaching death. A shot from Cyborg should be more than enough to stun a base-level metahuman, let alone one who is expiring with speed, but Gordon won't be denied by a little thing like that, not when Barbara's life is in the balance. The last conversation with the Batman is fitting. It is one of respect and fellowship, and the revelation that these two have served Gotham so well because they had each other as comrades. Gotham will not know how much it has lost.

I mentioned the problem with the super-pill and Gordon last issue, and it's been resolved in this one, through no input on my part, of course. For the pill to exacerbate Gordon's condition doesn't make sense, as it means only a human being with top health could be a recipient of it. It would make someone suffering from the rhinopharyngitis be turned into an ebola patient. It's one of those Injustice things that you just have to ignore and move with, or it bugs the ever-loving senses to the point of madness. A small price to pay for some entertainment, I suppose, and this was entertaining. We've probably about four more installments before Year Two concludes, so let's hope that the creative team can deliver some top sequences, balanced with just the right amount of sentiment, and we've a strong finish to what has been a thoroughly jinxed sophomore effort.