On March 29, 1966 Superman made it to broadway in the musical comedy It's a Bird It's a Plane It's Superman at the Alvin Theatre. 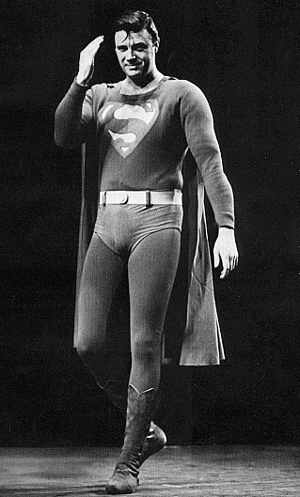 Previously available on vinyl LP, Sony Classical released an audio CD soundtrack that includes an informative booklet with photos from the play, and four bonus tracks. Sadly, the CD format did not allow reproducing the LP's clever back cover which was designed to appear like a newspaper's front page.

Although campy and somewhat dated, many of the songs are catchy. Despite some favorable reviews, the musical didn't catch on and closed on July 17, 1966.

Doing Good
Superman
Superman laments the responsibilities of being a superhero, and life as Clark Kent.

It's Superman
Lois
Lois Lane expresses her love for Superman, despite Max's opinion.

Revenge
Dr. Sedgwick
Dr. Sedgwick, professor at the Metropolis Institute of Technology (M.I.T.) after repeatedly losing Nobel Prizes plots his revenge, including the downfall of Superman.

The Woman for the Man
Max, Lois
Max unsucessfully courts Lois with song and dance.

What I've Always Wanted
Lois
Despite being courted by several men, Lois just wants Superman and a normal life.

It's Super Nice
Company
After Superman has being psychoanalysed by Dr. Sedgwick, Superman attends the public dedication of the M.I.T. Physics Hall where the public admires the Man of Steel. At the ceremony, the speakers' platform collapses requiring Superman to assist. While Superman is distracted saving people, Dr. Sedgwick blows up Metropolis' City Hall. 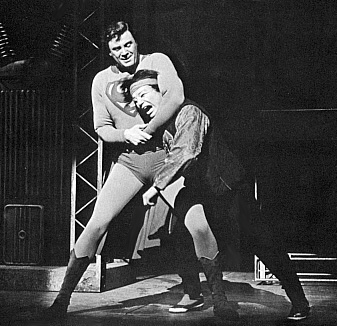 The Strongest Man in the World
Superman
With fickle public opinion now against him, Superman mourns his situation in isolation.

Ooh, Do You Love You?
Sydney
Sydney comments upon Max's tremendous ego.

You've Got What I Need
Dr. Sedgwick, Max
With their common feelings, Dr. Sedgwick and Max team up and express their mutual admiration.

I'm Not Finished Yet
Lois
Dr. Sedgwick and Max have The Flying Lings kidnap Lois and take her to an abandoned power station where a trap awaits Superman. Lois knows Superman will save her somehow.

Bonus Tracks on CD:
Four songs not used in the final version are included on the Sony CD.

Dot Dot Dot
Charles Strouse, Lee Adams
A sharp and cynical parody of gossip journalism supposed to define Max's character (or lack of). Rather out of line with the tone of the other songs.

A Woman Alone
Charles Strouse
This time a song supposed to define Lois. A melancholy song showing how Lois' life is unlike what she wants in What I Always Wanted. Another good song, but again out of sync with the rest of the songs. You've Got Possibilities
Charles Strouse
An even faster tempo and alternate lyrics.

Did You See That?
Charles Strouse, Lee Adams
Demonstrating the public reaction when Superman saves people at M.I.T. at the end of Act 1.

The show also featured in the cast: David Wayne as "Dr. Abner Sedwick", Kenneth Mars as "Max Menkins", Al Molinaro and Harvey Lembeck as members of "The Mafio" (There were no "Flying Lings" in this TV production of "It's Superman!"), George Chandler as Jonathan Kent and Garry Ownes as the show's announcer and narrator. The show was an installment of "ABC TV's Wide World of Entertaiment" TV specials.