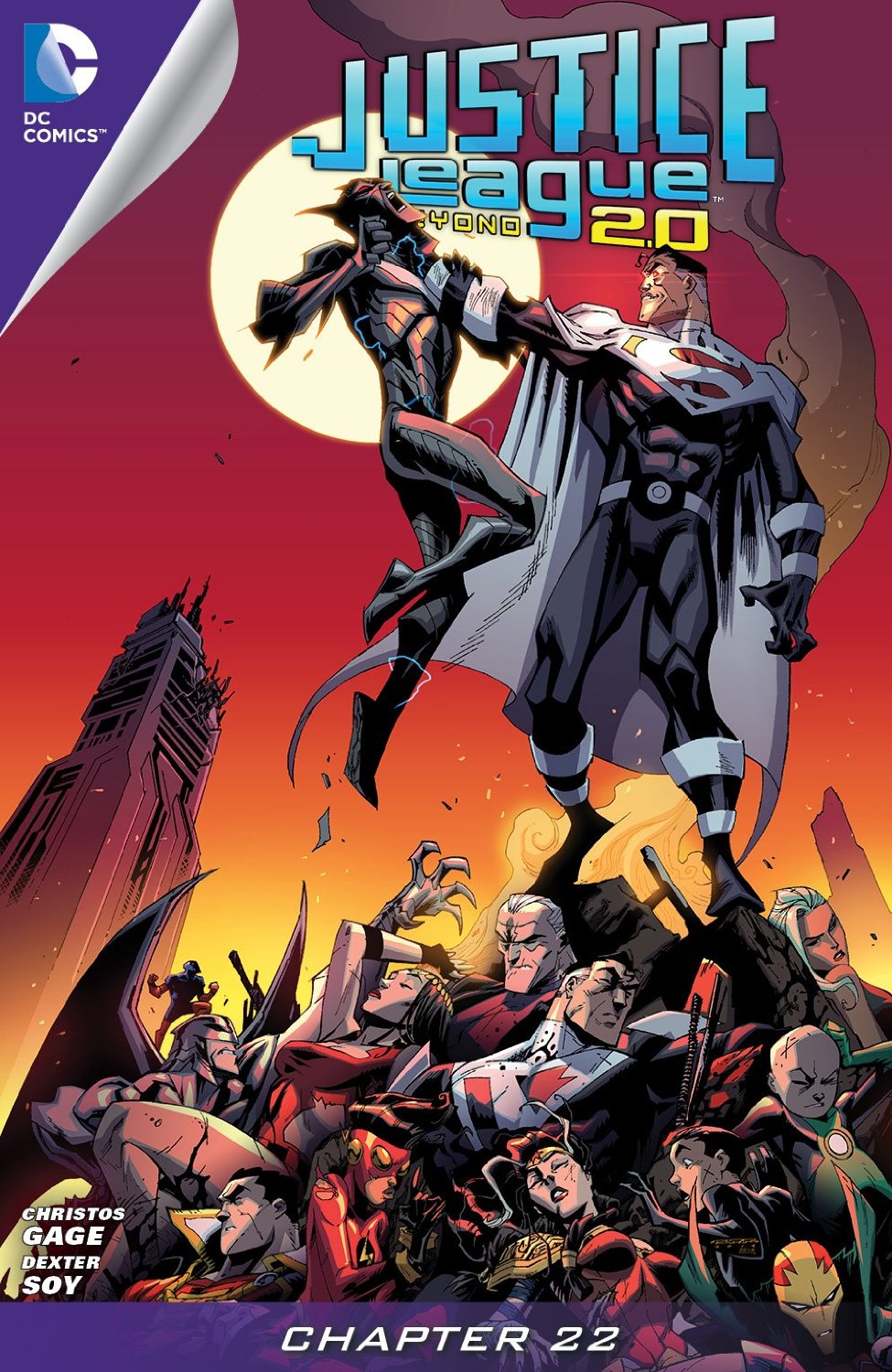 "Justice Lords Beyond" (The Return of Wonder Woman): "World War"

Click to enlarge
Wonder Woman and Superman engage in a battle that's long overdue, while Superman and Bruce Wayne contend with the rest of the Justice Lords. The rest of the JLB is under guard in cells designed by none other than Mister Miracle. Miracle states that he can't find a way out, and that infuriates Big Barda. However, the Barda of the Justice Lords world is taken with Miracle and wants him to come back with her. He agrees, and once free, incapacitates Lady Barda and frees the JLB. Wonder Woman is faring poorly against Lord Superman, but an intervention from Zod saves her, and he quickly learns that he is the son of Lord Superman and Wonder Woman. While the dysfunctional family is reunited, the JLB and the Justice Lords square off within the Batcave for the final contest that will determine the outcome of both worlds and possibly the DC Beyond Universe as well.

Story - 5: If only the Justice League books of the New 52 could emulate what is being done here. It is with a heavy conscience that this review is turned in so late, as there is no greater wish that to promote what is an excellent read with a timely review. However, while the critique may be late, it doesn't diminish the quality of the story in the slightest. This installment of JLB has once more upped the ante for what is to follow, and done so with both plotting and characterization. Unlike many character driven books that rely on the interaction of the players for the story's movement, JLB's plotting and characterization complement each other, so that reader has both action to feed the need, and moments of interaction that are revealing and engaging. There's never a dull moment, but there's also never a dumb one either. There is no sacrifice of story for flash moments and razzle dazzle, no "hip" dialogue, and no shock value, which makes Christos' work solid, genuine, and fun. Not only does Christos respect the story that he's established, but he respects his readership as well, cutting as close as possible to the Beyond characters as they have been established, while leaving room for development... and a surprise or two.

Mister Miracle has received a fair amount of treatment and spotlight thus far, but nowhere the amount that he does this issue. While he escapes the inescapable trap of his own making, much as the Flash in the animated series, we learn the true value of his escape artist. He can escape by his own hand, or have another open the door, it's all a part of the act. Just as Oberon was his assistant when he was introduced by Kirby, Barda continues in that fashion, and Miracle reminds us that his escapes have never been a "solo act". Miracle's deception of Lady Barda is efficient and empathetic. He obviously takes no joy in lulling her into the belief that he will betray Big Barda, when it's hard to imagine that the Scott Free of either world would be capable of such a thing. He then wisely frees Flash, the only one who can contend with Lady Flash before freeing the others. It's a small thing to note, but it's these sort of details that make the difference with JLB as opposed to its contemporaries. There's a lot of thought that goes into the dynamic and it shines through in this issue.

Next issue will be the penultimate one, and I'm hoping that it will stage the end for a long and rewarding storyline. It's been 22 issues in the making, and while I've decried the cliffhangers and misdirection, along with the loss of conclusion for bathos, it's been a good ride nonetheless. However, all good things come to and need to end, if not, we'll never receive the next goodie that is just waiting to be sprung upon us. My hope for the conclusion is merely one thing: I want to read the next two issues, and be left with so much to ponder and be delighted by, that all I can say is: "Wow".

Art - 3: On another book, I really think that I would dig Soy's art. Perhaps the Fantastic Four. However, he gives every male the same obelisk for a nose, and it really weighs on the eyes.