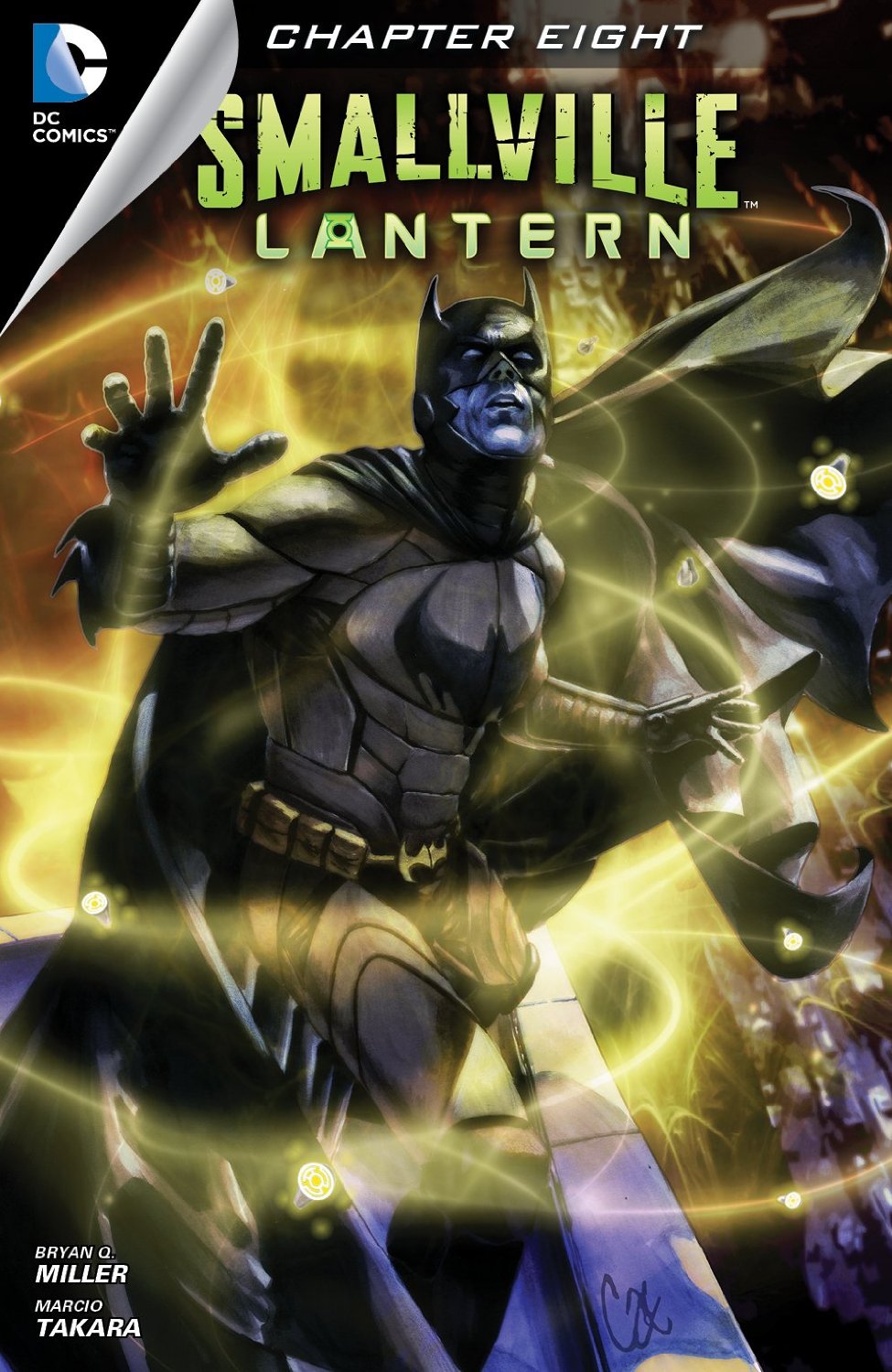 Click to enlarge
Oliver Queen wakes up in Metropolis General Hospital. Chloe is there by his side. Instead of the stern lecture he expects from her for putting himself in harm's way, Chloe says she wants to go after Prometheus.

Meanwhile, Lex is making no progress in his search for answers on the Green Lanterns from Mrs. Hunkle at the former Justice Society mansion. He wants to know about Alan Scott, but Mrs. Hunkle tells him nothing. Then, the lantern battery on display in the room lights up, relaying Superman's distress signal.

Professor Emil Hamilton and others at S.T.A.R. Labs inform Superman the Yellow Rings have landed in Gotham City, specifically at Arkham Asylum. Batman and Nightwing are doing their best against the newly powered resident super villains. Luckily, Superman arrives just in time to offer assistance.

Story - 3: This story really felt like an extension of the setup from last issue. I don't want to call it something worse - a stall (something the TV series was notorious for) - because it's setup information that we need, but after last issue, I was ready for things to move forward, to progress.

Or more bluntly, I was ready for some action.

Last issue ended by saying the Parallax War has started again, this time on Earth. This issue pretty much says, "Just a minute, we're getting to that."

There are positive points, to be sure, but they're small and underwhelming. Introducing Harley Quinn is cool, but she feels out of place in a story about an intergalactic fear entity. And seeing Mister Freeze again is nice... but to be fair, he's always been my favorite lesser Bat-villain.

There's just not much else to say here. And that's really what drags this issue down. It's pretty forgettable. And in a series that has been incredibly UN-forgettable until now, that's its biggest crime.

Art - 4: I think I've officially come around on Takara's artistic style. Even though it's still not my first choice, it does this series far more service than this issue does.