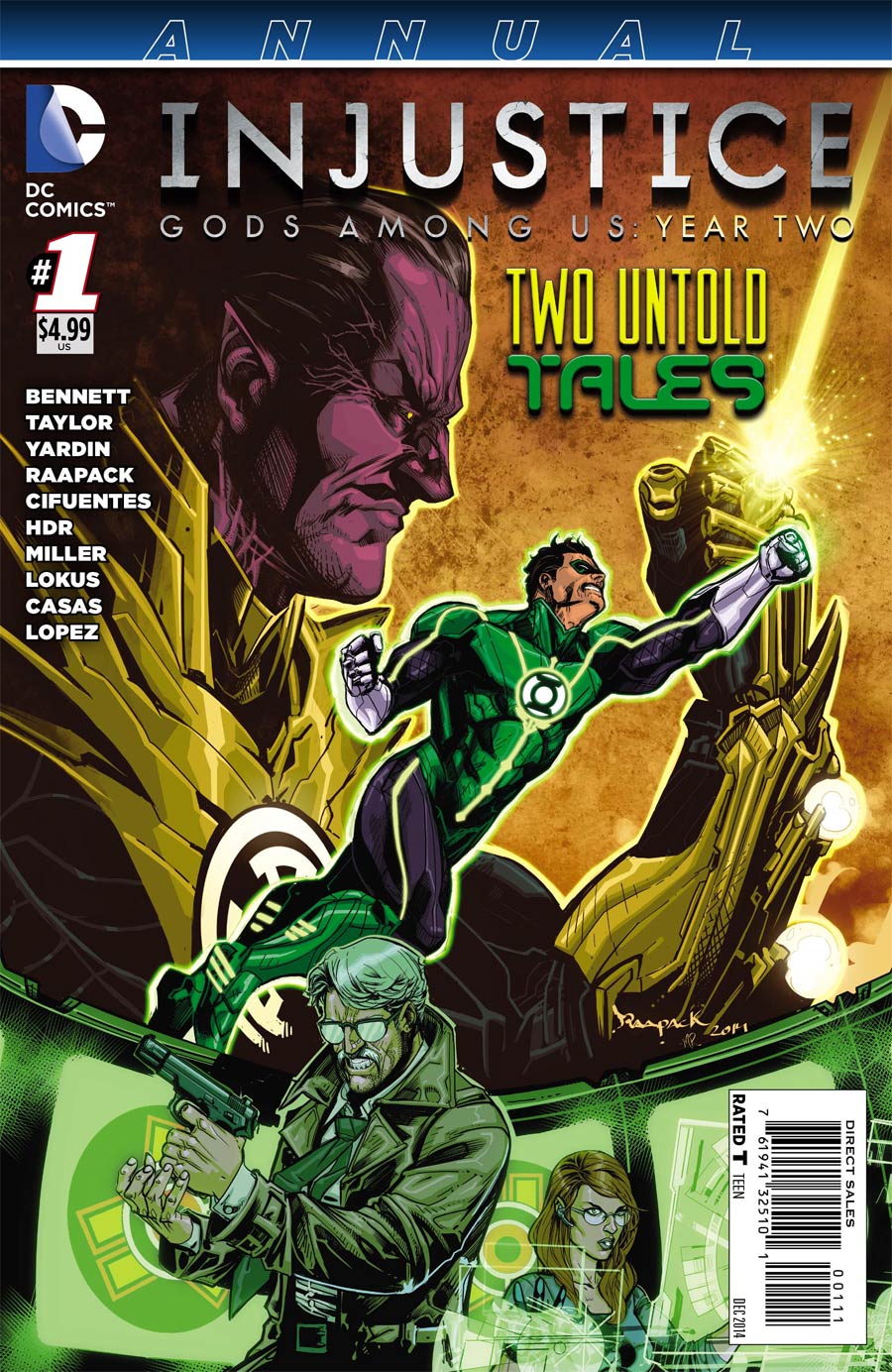 Click to enlarge
Commisioner Gordon is taken in by a woman who appears to be his deceased wife, Barbara. On investigation, it turns out to be Clayface. Gordon is incensed with anger, but Clayface asks for his protection from Regime's stormtroopers, saying he can tell Gordon where his wife is buried, as a show of good faith. Clayface keeps his word, and Gordon takes him in. Shortly, Clayface reveals that he was sent by Regime Superman, and tries to kill Oracle. Black Canary splatters Clayface and he's bottled in jars by Harley Quinn.

In another untold tale, Regime Superman has learned of the location for an ancient weapon, the Ur-Forge. He sends Green Lantern and Sinestro to recover it. On the way, Sinestro and GL converse and bond once more. On finding the Ur-Forge, Sinestro destroys it, and reclaims the trust of Hal Jordan. They return to Superman without it, believing it has been kept from the wrong hands.

Story - 2: "Closing Time" is a mixture of pathos and retcon, neither of which is done very well. Gordon took the super-pills liberally, and until it was revealed by Luthor that the pills exacerbated his cancer, it wasn't thought of. In this Annual, Gordon now knows full well what he's doing to himself, and keeps on keeping on. The incredulous nature of Gordon and the others regarding Clayface is foolish, but it's levelled by Clayface being inept as wet toast at performing him mission. A mission that makes no sense. Regime wants him to find the group and torture them psychologically? Why not just find them and take them all out? You know, notify Regime of his position, Regime comes in, kills them all, end of Year Two. See? Retcons don't work well here.

"The Ur-Forge" was a better story, and had it the full space of the Annual, it may have been a good one. However, the pace happens so quickly, and without much support from the art, that it's wrapped up too swift and too cute. To believe that Sinestro's action would be enough to convince Hal Jordan, just reminds me of how dysfunctional these characters are. Use your head, Hal. Sinestro is destroying the Ur-Forge because he can't have it. Full stop. He's not being noble or heroic, it's a selfish act as all ways, and GL shouldn't be so easily taken in. Still, it was a better story than the first.

Hopefully the next Annual will focus on Regime Superman.

Art - 4: Good stuff. Clayface looks like he's made of uncooperative goop and the planet of the Ur-Forge is very imposing. Heck, it's tough enough that Sinestro and GL need a fire, even with their rings. Duh!