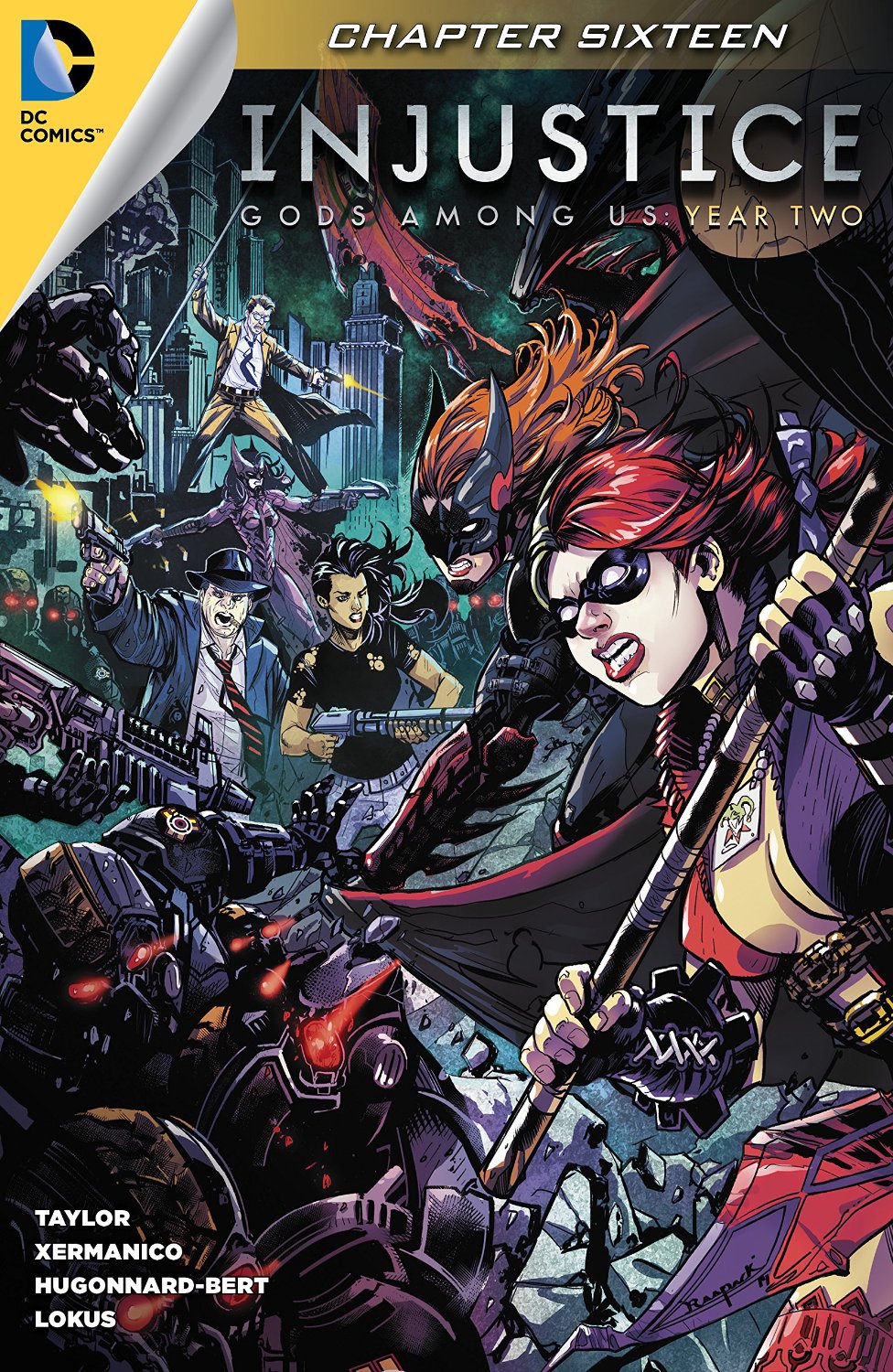 Click to enlarge
The Green Lantern Corp is en route to Earth, but encounter a couple of Yellow Lantern Corp sentries, who flee to warn the rest of the YLC. Guy Gardner realizes that the element of surprise is lost, and alerts his allies on Earth to prepare. Regime Superman address the populace of Earth that war is coming, and encourages the people to come and fight against the GLC. Oracle recognizes the complications of what Regime Superman has called for, but receives the codes to the Watchtower's communications system, leading her to believe that she'll be able to anticipate the Justice League's movements before they make them. Black Canary joins Zatana, Catwoman, and the Batman to prepare for the coming battle, and the Batman, though still convalescing, dons armor and addresses his comrades. He tells them make their moment with those that they love, and apologizes for not being able to fight along side of them. However, Batman has a private plan to be certain that Regime Superman is defeated, one that he has yet to reveal to his friends and compatriots, or the reader.

Story - 3: Every time one thinks that Injustice cannot surprise, it does the impossible and does just that. Part of the discordance with reading Injustice, is the use of familiar characters, some mythological, and their name recognition to tell this particular tale. However, take away that name recognition, and the story is nearly untellable, as who would sit for a story of this ilk, when there has been a skin's depth of development towards the plot and characterization? The obvious answer is, "someone," still, it's hard to believe that the story would have proceeded this far without the speed stolen from the established characters to lend this work its movement. This installment calls into question the raison d'etre for nearly every character that's been introduced thus far. Regime Superman wants to keep the planet safe, and is willing to sacrifice countless people to do it. The GLC wants to remove Superman, but the Guardians can't be bothered to be involved. Worse, they've brought Mogo, which immediately raises the stakes for the death count, though Mogo could easily do the job without doing so. Black Canary is leaving her newborn to have a shot at revenge. None of it makes any sense, and that's not because of a wish to see them be heroes and smile. No, it doesn't track because there's been little done to establish why and how this could happen and then continue as it has. It is as if this world is without a history of evil tyrants and dictators, and the Injustice Gang has never made a visit at all.

All that being said, the battle-board player in me is really looking to the melee that has been building up. In theory, Superman should be able to take out the whole GLC single handedly, and as Regime Superman has no compunctions, he should be able to do the same, though with an expectant body count. While some are dismissive of the battle match-ups that comics offer, it's a chance to show some real thought and creativity. It's also a chance to set precedent, as anything that is thought provoking enough, will echo in the timeless halls of comicdom for a generation. You can't ignore the presence of Mogo either. It's a match-up for the ages, and all Taylor has to do is deliver on the most basic level. That thought only heightens the anticipation.

Cover Art - 4: A very busy and distractive cover, if it wasn't said so before.