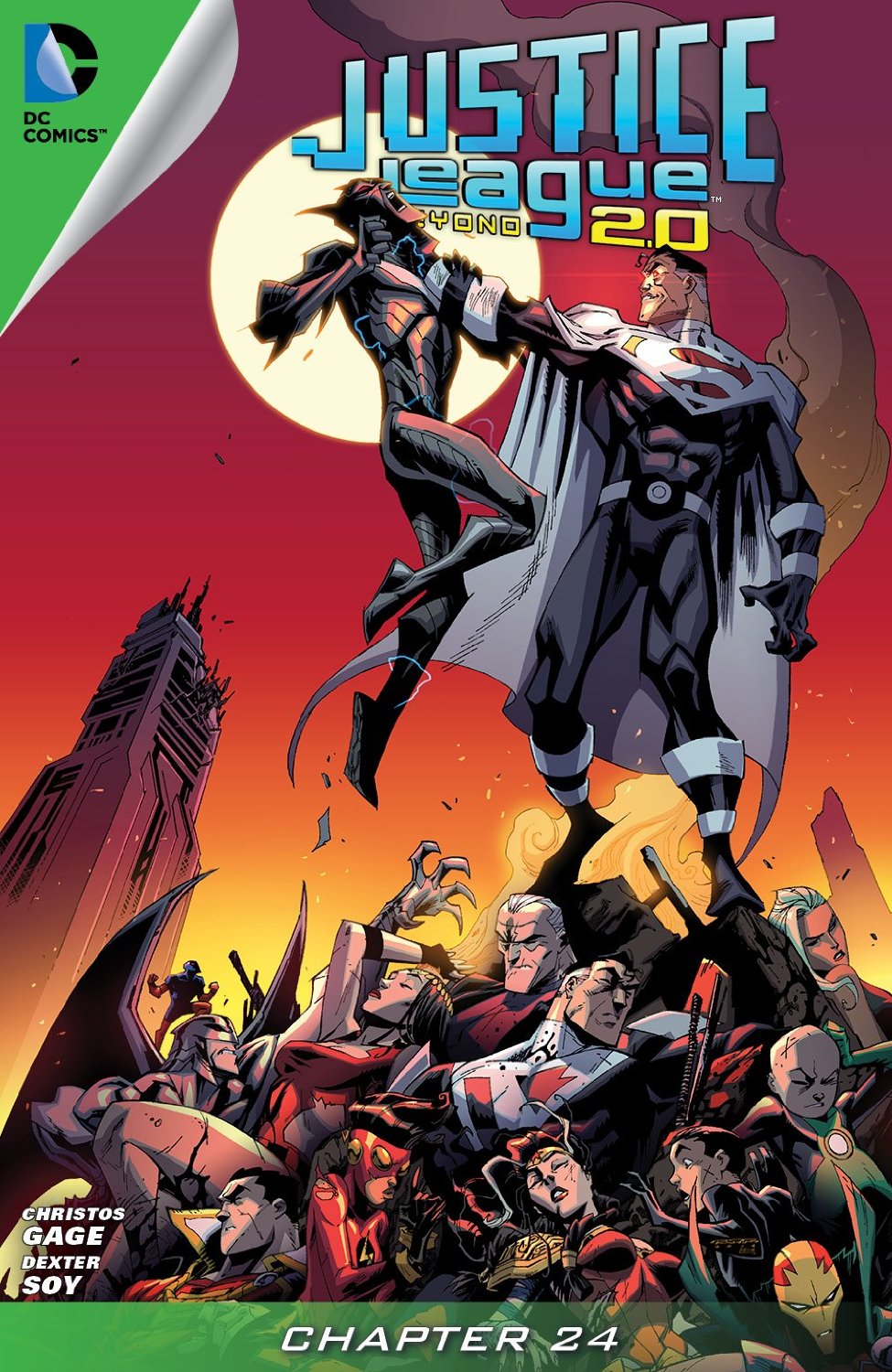 "Justice Lords Beyond" (The Return of Wonder Woman): "Regime Change"

Click to enlarge
Lord Superman chastises Superman and Wonder Woman for letting him live. They respond by sending him to the Phantom Zone. Lord Superman encounters Jax-Ur, who immediately sees Lord Superman as a peer with which to plot and plan. The two move off together to plan for their escape, and whatever else their minds can conjure. Wonder Woman tries to connect with Zod, but he is totally resistant to her, once he learns the true reasons for his conception. The rest of the JLB resolves various issues with the Justice Lords, before seeing them off. However, Wonder Woman is deemed unfit to return to the Justice Lord's world, as she represents the old ways. Superman invites Wonder Woman to return to the League, and she accepts. The Trinity look at the world through the windows of the Watchtower, with Superman commenting that the future is, and could not be, in the best hands possible.

Story - 5: When I learned that this was the last issue of JLB 2.0, I wasn't upset so much as disappointed. It's been a great run, with much to be happy about. The disappointment stems from yet another fan favorite, all ages, old-school read taken from the list of offerings for readers who wouldn't heroes that actually at like heroes. The last page is very fitting, as the JLB reminds us what their connection is truly all about: friendship, loved ones, that make for a diverse and unique family. Batman Beyond 2.0 is still on the racks, so we might be entertained further of the JLB there, but I'm hopeful that we'll see them again before too long. Christos leaves abruptly, as the story indicates, and with plot-lines dangling that may never be resolved. What of Lord Superman and Jax-Ur? Will Wonder Woman ever reconcile with her son? Can the Justice Lords really be gone for long, if not for good? All good story-lines that may never see completion, but that is also what made the title old-school; it felt that it was never-ending, it never let one catch his breath for long, and now that the ride is over, the longing to be winded is nearly unbearable.

In lesser words, this #$%&* sucks! It seems that their just isn't any appetite for comics like JLB 2.0, Adventures of Superman, or others like it. While I can read the other fare, it just really feels unbalanced out there right now. It's disappointment talking, but not solely of my own dashed hopes. If the idea is to bring in new readers, how does that happen without gateway books like JLB 2.0? A book that I was able to give to kids who had watched the Justice League series on Amazon or Netflix, and they enjoyed it. It provided the synergy which none of the other titles offered, with rare exception, are even trying to accomplish. Only time will tell, but it was a great run and an excellent read for the time that it lasted. Somewhere there's a pub with a solitary figure. He drinks from a nondescript bottle with a shotglass turned over. He waits patiently to turn the glass over once more.

Art - 3: Soy never made it for me, but he still made the run enjoyable, nonetheless.