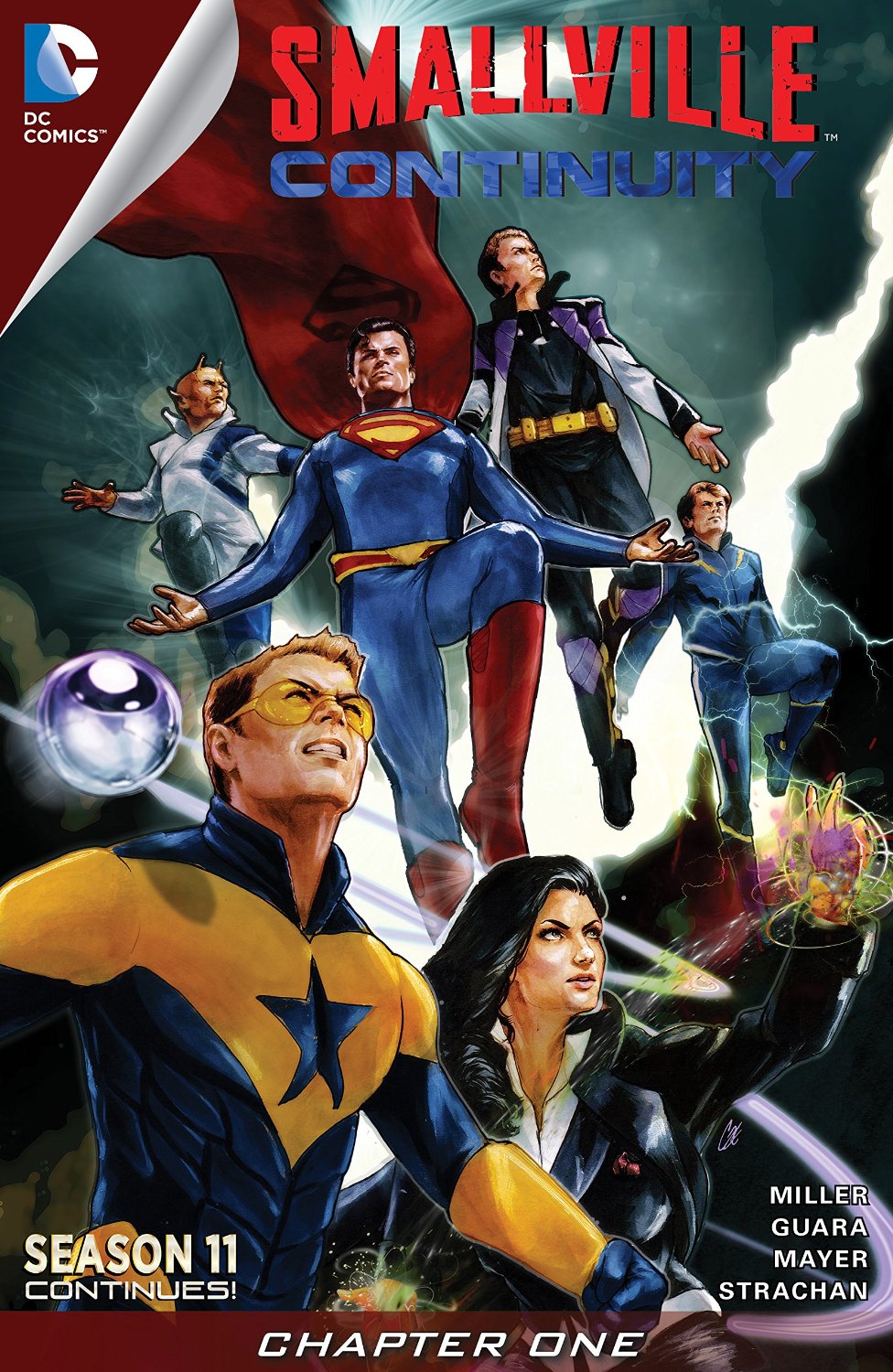 In the 31st Century Dominators are praying about a spacecraft at the edge of the source wall.

Thinking they were to meet their end they are shocked to be rescued by the Legion. Lighting Lad questions the Legion's rescue if they wanted to die. Brainiac 5 points out that Kal-El would have done the exact same thing. They are interrupted by the Source Wall beginning to crack and expel a strange 'nothing' of energy. To avoid destruction the Legion, with the Dominator craft in tow, escape into a hyperspace jump back to Earth.

Horrifyingly the 'nothing' has followed them and is still gaining. It is an entropy wave that is now travelling in space and time erasing the past, present and future. The wave is reaching a focal point in the present day 21st century and so the Legion race to intercept.

In the present at the D.E.O headquarters Steve Trevor and Agent Diana Prince are trying to explain to the President exactly what the blue cloud is that was released by the Monitor ship and how Zatarra's magic is all that is keeping them safe.

Chloe Sullivan is nursing her baby bump after suffering phantom cramps trapped in the facility inside the bubble. Oliver vows that he will find a way for Chloe and the baby to escape with something from a previous mission if they survive the 'trans-reality extinction event'.

On the other side of the globe Clark wakes up fully healed but with a shredded costume. He overhears Lois calling the Watchtower, Tess Mercer informs them of the crisis in motion. The cities around the world are all being affected and Lois is saddened that they are too late to stop it.

Clark is optimistic and holding Lois, vows to stop this soaring 'Up, up and away'.

Story - 4: "Chaos" as a story was in name and execution exactly that. It started off strong, however as the story progressed it began to feel like more of a lengthy prologue rather than a story in itself. Then we have chapter one of "Continuity" and it all makes sense! Would this chapter have the same impact without "Chaos"?

"Chaos" left dozens of question and I'll be honest, I was expecting a little recap and a whole lot of explanation. Did we get that? No, not even editorial boxes to tell you what happened. This is very unfortunate as this story is clearly a part of the "Chaos" storyline and as a jumping on point it doesn't deliver because nothing makes sense unless you read the previous story.

Art - 3: The artwork is fun and visually appealing. Ig Guara has drawn some very interesting scenes with some inspired composition.

I can live with the artwork not looking 'Smallville' enough with no character remotely looking like their TV counterpart because the story is just fantastic and doesn't need visuals to make it a worthwhile read.

Cover Art - 3: I love this cover except for one thing, the heavy Christ imagery. Smallville has some of the best comic covers as of late with some of the mainstream books struggling to compete. Bravo for making this series much more than a tie-in!