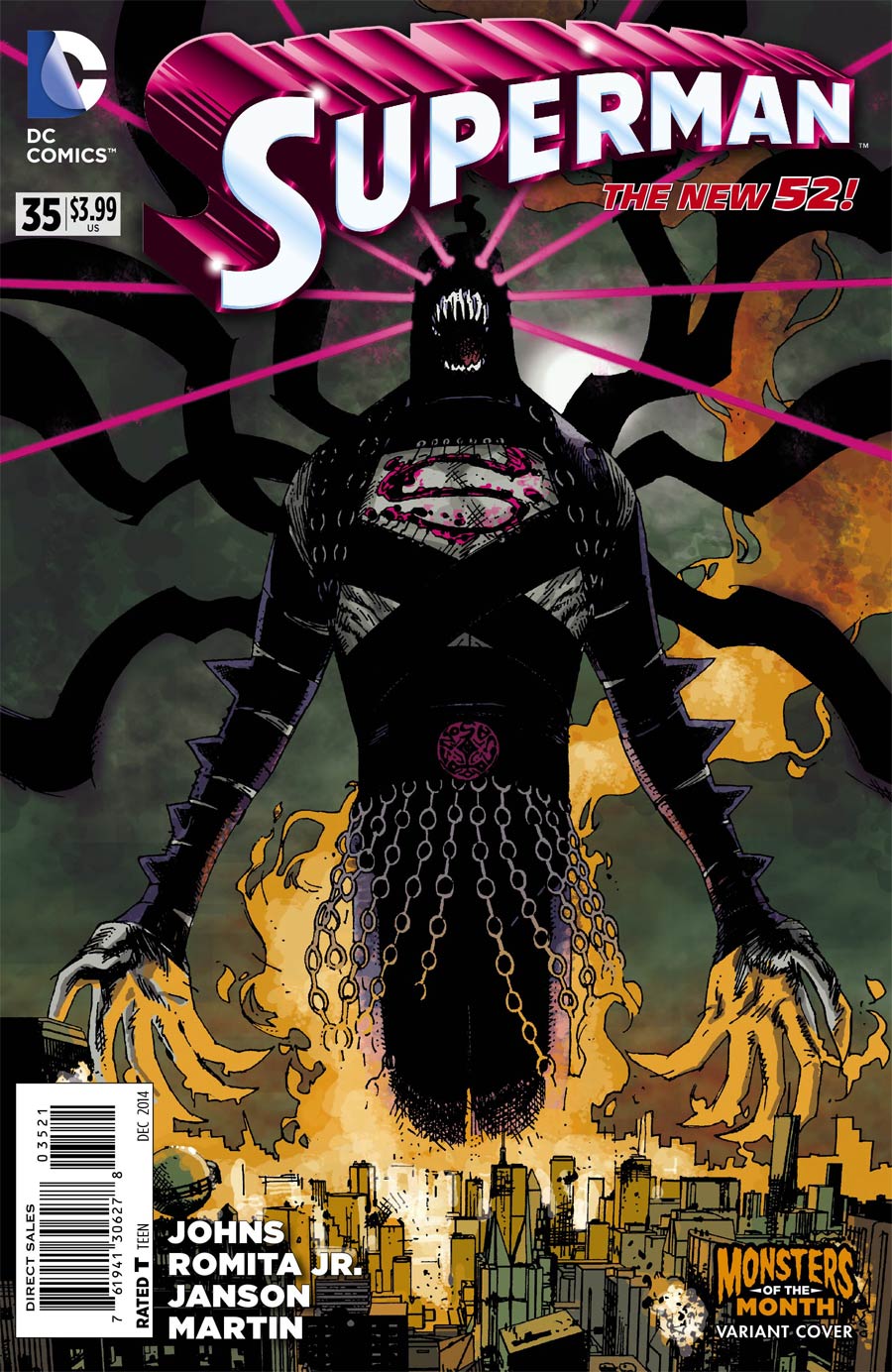 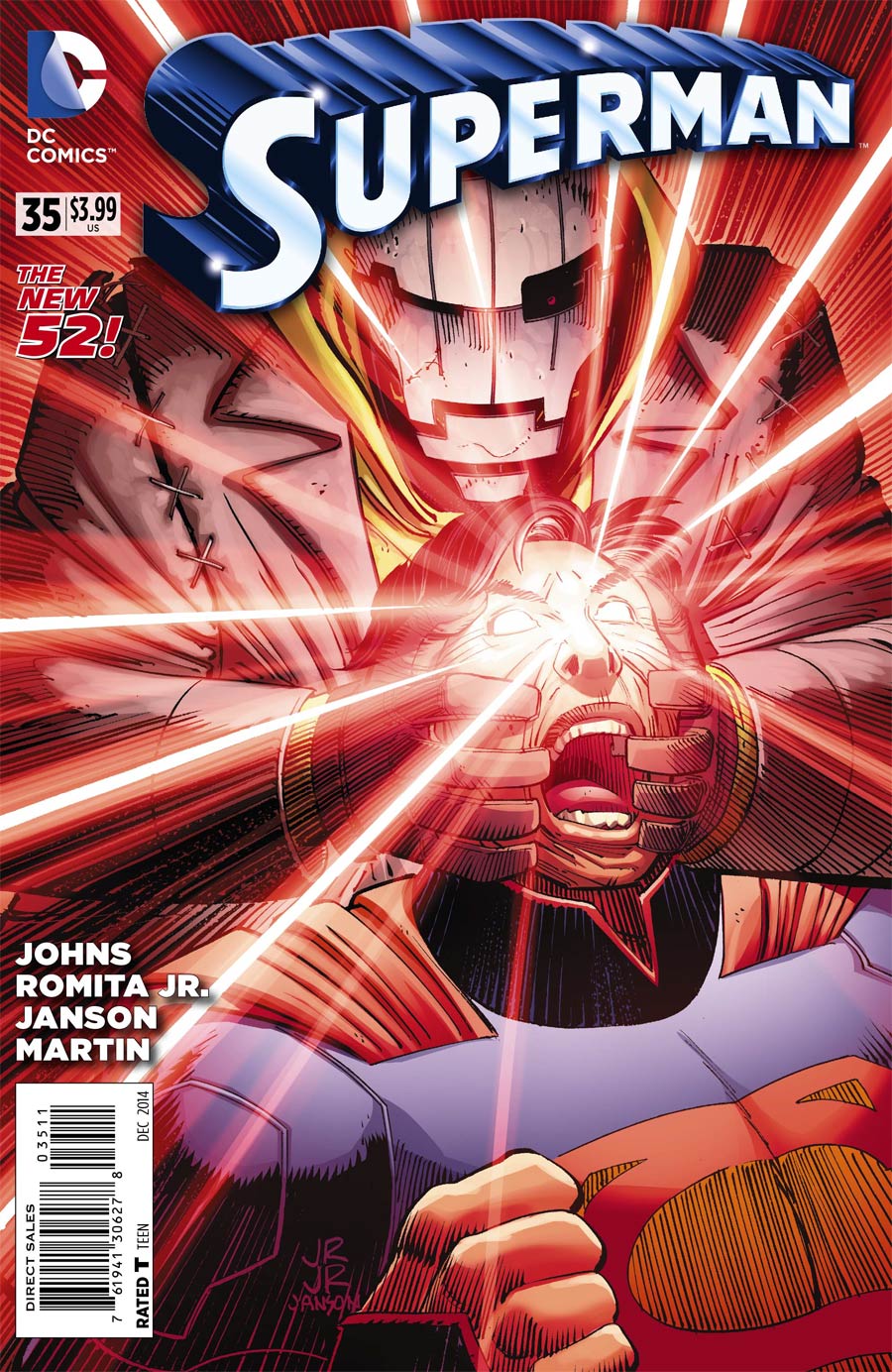 "The Men of Tomorrow" - Chapter Four: "The Quick Fix" 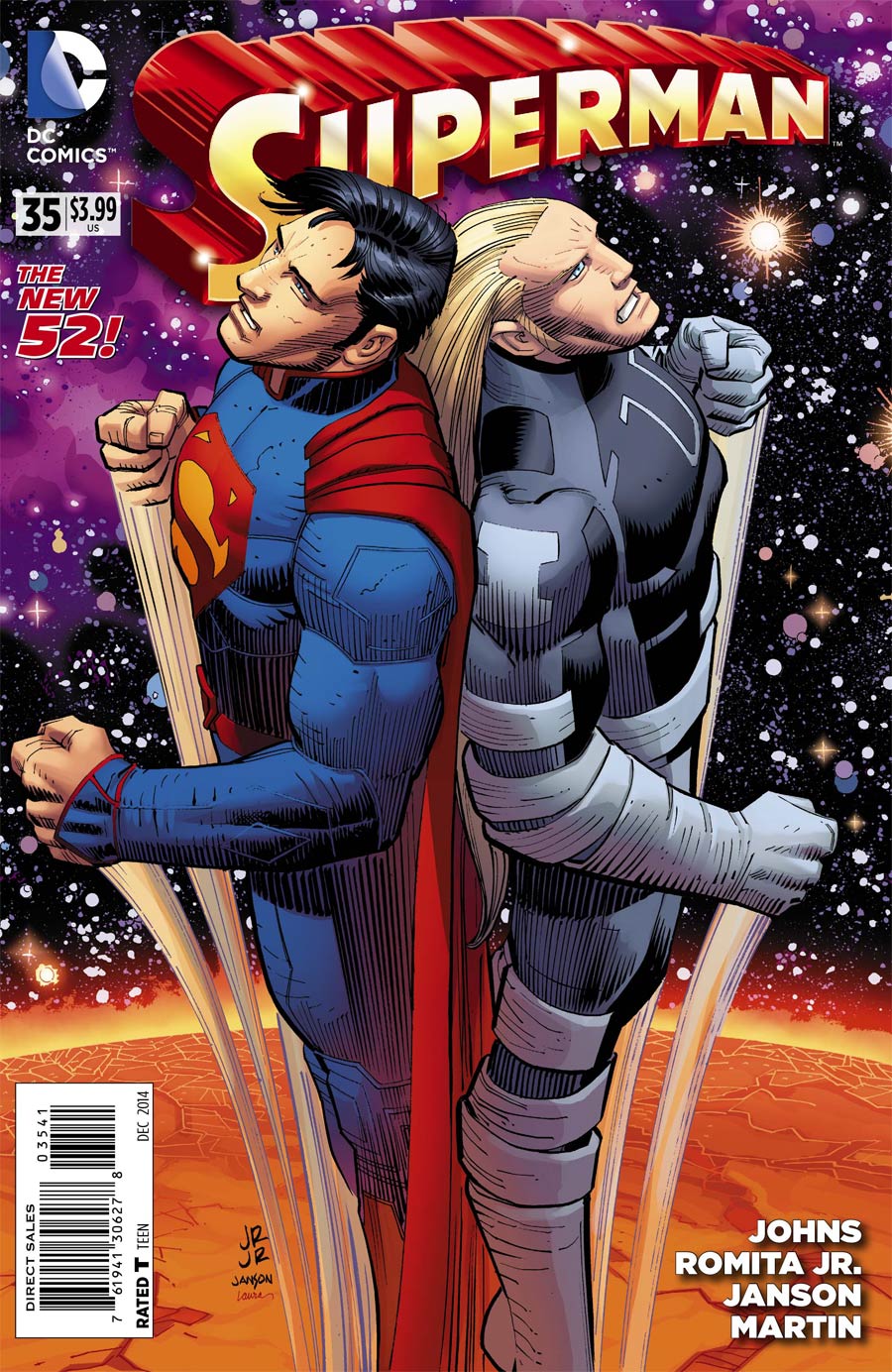 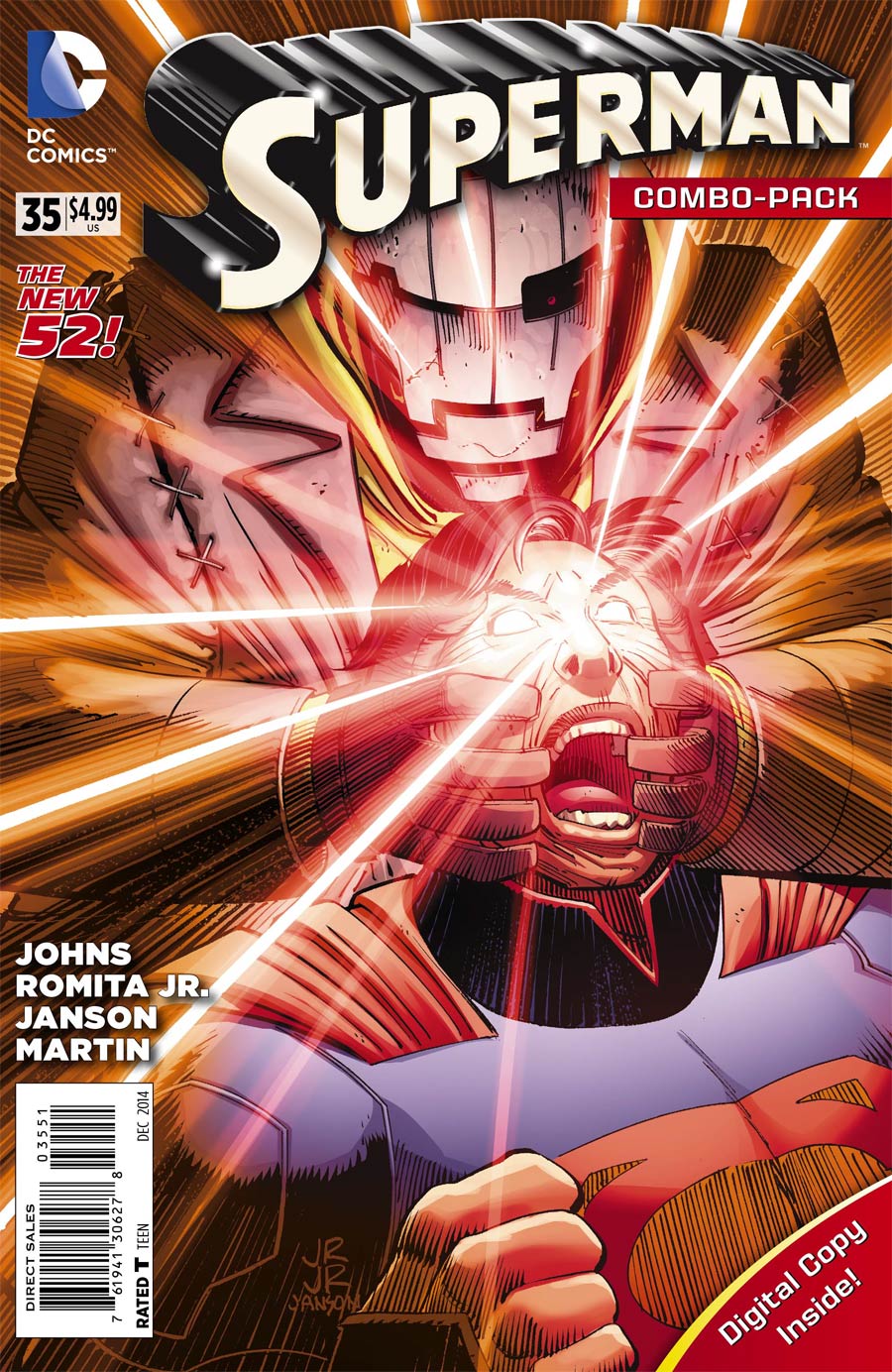 Perry orders everyone in the Daily Planet to chase up the Ulysses story.

So hungry for the scoop he tells Lois he is determined to also get Clark back in the Bullpen be the week's end.

Lois smiles that for the first time in a long time the Daily Planet is getting interesting again.

At the same time across town, Superman speaks to the authorities about the civilian killed masquerading as The Machinist. Clark turns to see a devastated Ulysses depressed by his actions. Clark reveals that the man was already dead, controlled remotely by the mind ticks. Ulysses didn't kill him but because of his loss of control he could have. Ulysses finds it hard to stomach the life lesson imposed on him by Clark, especially as he only did it because Clark was about to be killed. Superman points out there is always another way and presents a transmitter from the man's dead body. With Ulysses able to follow energy trails he can track the signal from the real Machinist to its source.

The source, is a huge shipping barge in the North Atlantic and both heroes arrive to the shock of the passengers by raising the ship from the ocean. A furious Machinist activates a squadron of robotic crows which promptly attack Clark and Neil. The Man of Steel tells Ulysses to carry the ship and with all his might Clark captures and crushes all the crows into scrap. The heroes crash the ship onto land and burn through the hull to get to the villain scurrying away.

Ulysses is taken aback by the scale of the Machinist's reach and vows to destroy every single weapon in existence on Earth. Clark tries to reach out to his friend pointing out it's an impossible task. Even if they succeed, the people would just build more to replace the ones they take away; they can only slow the spread by capturing villains like Machinist.

Ulysses is bewildered by Superman's 'mission' and soars away.

Machinist cockily turns to Superman and tells him the world will never stop wanting weapons and while the desire is there, the Machinist will never die... A Mr. Oz foretold it. As Superman listens, puzzled by the exchange, the ship explodes leaving Clark holding a chunk of the mask the villain had been wearing.

Clark, now back at the Daily Planet tries to search for Neil by calling his parents and he hits a dead end. At the same time, as Clark is meeting Perry, Lois arrives to interview the Quinns about Neil. The couple refuse to speak to Lois and Jimmy... but then something happens that shocks everyone. Ulysses transmits a message across every electronic device worldwide. He explains that he had such hopes for a better tomorrow but that this world is inherently corrupt. Opening a portal he reveals a colossal ship and an offer to host six million people on another world with a promise of the better tomorrow they dream of...

Story - 3: Was it the one month break? I am not sure but this was a deflated chapter in the storyline. We backtracked on the murder and the bait and switch was really felt with a seemingly out of the blue fundamental change in Neil/Ulysses. The villain Machinist turned out to be far from a great new villain he was built up to be and into a story trope and a bit of a dull one compared to how threatening he was to start with! The only plus was the very short scene of Daily Planet chatter and Perry swearing he would get Clark back where he belongs as part of their team. I hope the story can recover because it had such promise and that seems lost now.

Art - 3: The breakneck pencilling novelty was fantastic to begin with but as the story faded so did the energy in the art. The vibrancy in this chapter seems to have been blunted. As with the story I hope that this is a minor blip and that it can recapture the influence the first few chapters did.

Cover Art - 3: It's a cool cover, had the team on Supergirl not done an almost identical one the week before, right down to the color palette, I'm sure I would have been more enthused. It is also misleading considering how dull Machinist became and how this didn't really happen.

Team-Up Cover Art - 2: Wow this is just... dull. I'm not sure what it is trying to do or say or why it warranted a variant print run. A 2 is me being overly generous.

Monster Cover Art - 2: I get the monster theme for Halloween but I can't help look at this and think... What... IS... this... It definitely has a dark/horror theme but it just doesn't fit this book at all.

Why not use Superman's supernatural villains to showcase horror? A wasted opportunity in my mind...