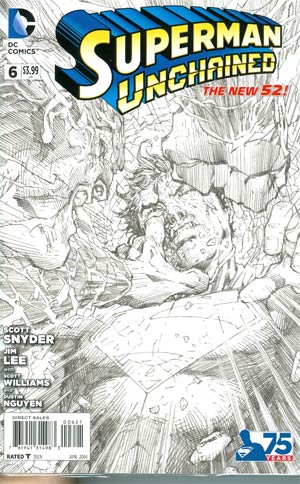 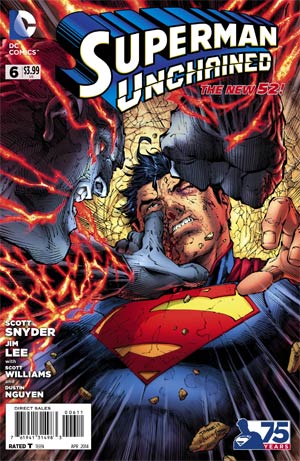 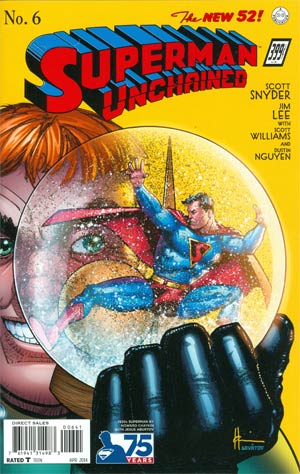 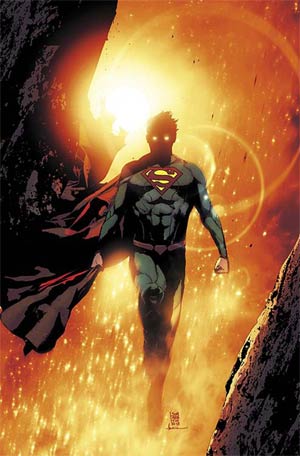 Superman and Wraith are informed by Batman of an Omega Alert. All 919 nuclear missiles around the globe have been launched by Ascension through their Earthstone tech. Immediately, Batman begins to strategize on how to stop as much collateral damage as possible with the resources available. Superman decides to go directly after Ascension despite a brief disagreement with Wraith about making the tough choice of sacrificing the few to save the many. Lois escapes her captors as Superman arrives on the scene. Ascension reveals they plan to blot out the sun with a nuclear winter so both Superman and Wraith will be forced to leave Earth. Superman rescues Lois from a self-destruct mechanism as they take the Earthstone out of the atmosphere in a desperate attempt to disrupt all the missiles. They accomplish their goal and are thereafter congratulated by Wraith, who promptly demands Superman to hand over the Earthstone. Superman refuses and a fight ensues. Superman is overpowered but quickly turns the tables by revealing he has "Synthetic Mineral" that affects Wraith in a manner similar to Kryptonite. Wraith vows revenge and flees. Back at the Fortress, Superman and Lois take a closer look at the stone. Superman is alarmed to discover the signal it is sending out is re-writing itself. Outside the Fortress, the U.S. Government prepares an assault on Superman. In the Epilogue Batman is confronted by Wraith who states he is there to kill him. 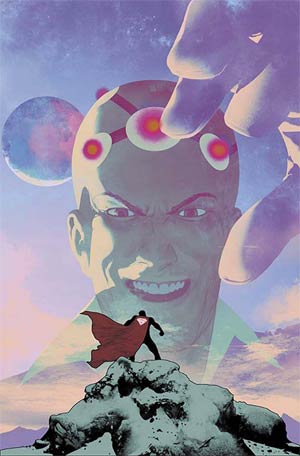 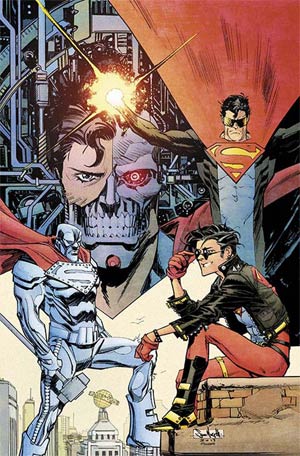 Story - 4: WARNING! A brief diatribe awaits you ahead. Let's begin with a simple definition...

Deadline: A date or time when something must be finished : the last day, hour, or minute that something will be accepted. - Merriam-Webster Dictionary.

This issue failed to meet its deadline on at least three occasions that I recall being informed of by either Steve Younis or my local comic shop. Of course it didn't help that of all the weeks for this issue to come out, it happened to fall on a particularly busy one for me personally. It is disheartening, for everyone involved. When you're reviewing a story (that will now take a full year to tell a nine issue arc) it makes it incredibly difficult to remember what is going on when you have huge gaps between release dates. Call it bad memory on my part or perhaps bad form by DC.

I am curious what caused this nearly three month delay. I stated in my last review that I'm not a huge fan of Jim Lee, his New 52 costume designs notwithstanding. That being said, does he normally have problems completing his pencils on time? I don't recall any delays on Justice League while he was working on it, but I can't imagine this much of a holdup being caused by the writing. Whatever the case, it is what it is I suppose. It's really just a disservice to your customers. Anyway, my tirade is over.

I forget who said this, but I'm going to steal a line, "Why is Batman in this?" - Credit where it's due.

Can we please get a good Superman story where he doesn't have to rely on the Caped Crusader to do his thinking for him? Better yet, can we get Batman out of everything not Batman, please? This story has paralleled the final part of The Dark Knight Returns in a way that I suppose it's somewhat appropriate for Batman to be involved, but still. Having Batman send Superman the data to create "Synthetic Mineral" worked, but I was left expecting more. Essentially, Wraith is now just a physical force for Superman to oppose. His ideals are obviously different, but he has not been developed to a degree for me to really care. This is where The Dark Knight Returns parallel plays particularly true for me. Wraith takes the place of Superman from that story (who also had little to no depth, i.e. just the physical opposition) and Superman is playing the role of Batman, especially in the way he chose to outwit Wraith.

It was nice to see Superman stand his ground and insist on stopping every missile at the cost of no human life. It was odd that it didn't occur to him that his plan risked killing Lois in the process. Flying the Earthstone out of the atmosphere to disrupt the missile's guiding systems was smart, but couldn't he have dropped Lois off first?

To comment on Superman's jaded view of a commercial inspired by his heroics and image, I must say, "What's so funny about Truth, Justice, and the American Way... and saving kittens from burning buildings?"

Other than those minor complaints I enjoyed the issue. The story itself is starting to take form. I am interested in how Luthor and Jimmy are going to tie into this even more so than I was last issue. I still insist this would have been better served as a standalone story, as it has virtually no place in the New 52 continuity.

Art - 3: It's still really uneven for me. I will say that I have never taken issue with Lee's posing and anatomy of our favorite characters and heroes. I do take issue with the scratchy nature of his pencils. He will take a great image and hatch or crosshatch the beauty right out of it. Also, I loathe when he draws New 52 Superman with a "skinny belt". Lee is arguably the best at making the New 52 Superman costume work, but here, it is as ugly as ever. The score was saved by the two page spread of Superman wrapping Lois in his cape while flying her to safety. That was very well done.

Dustin Nguyen's work on the last two pages was consistent. I would have liked to have seen more. It was a brief but nice cliffhanger for next issue.

Cover Art - 4: A much better attempt by Lee than last issue. It's awkward for me to say that considering Superman appears to be losing the fight in the image presented. As far as art goes, it's a pretty solid piece to me. I'd mark it up higher, but I don't enjoy seeing Superman getting pummeled.

Golden Age Variant Cover Art - 5: As I said last review in the comments, I'm not about to comment on every variant. I will however, pick my favorite. This month it's the one with Superman lifting the vehicle with the robots in the background. It's just a great image with a classic feel and beautiful coloring. I really enjoy the one with Brainiac as well, but this one by far is my favorite. This is outstanding work by Michael Cho.