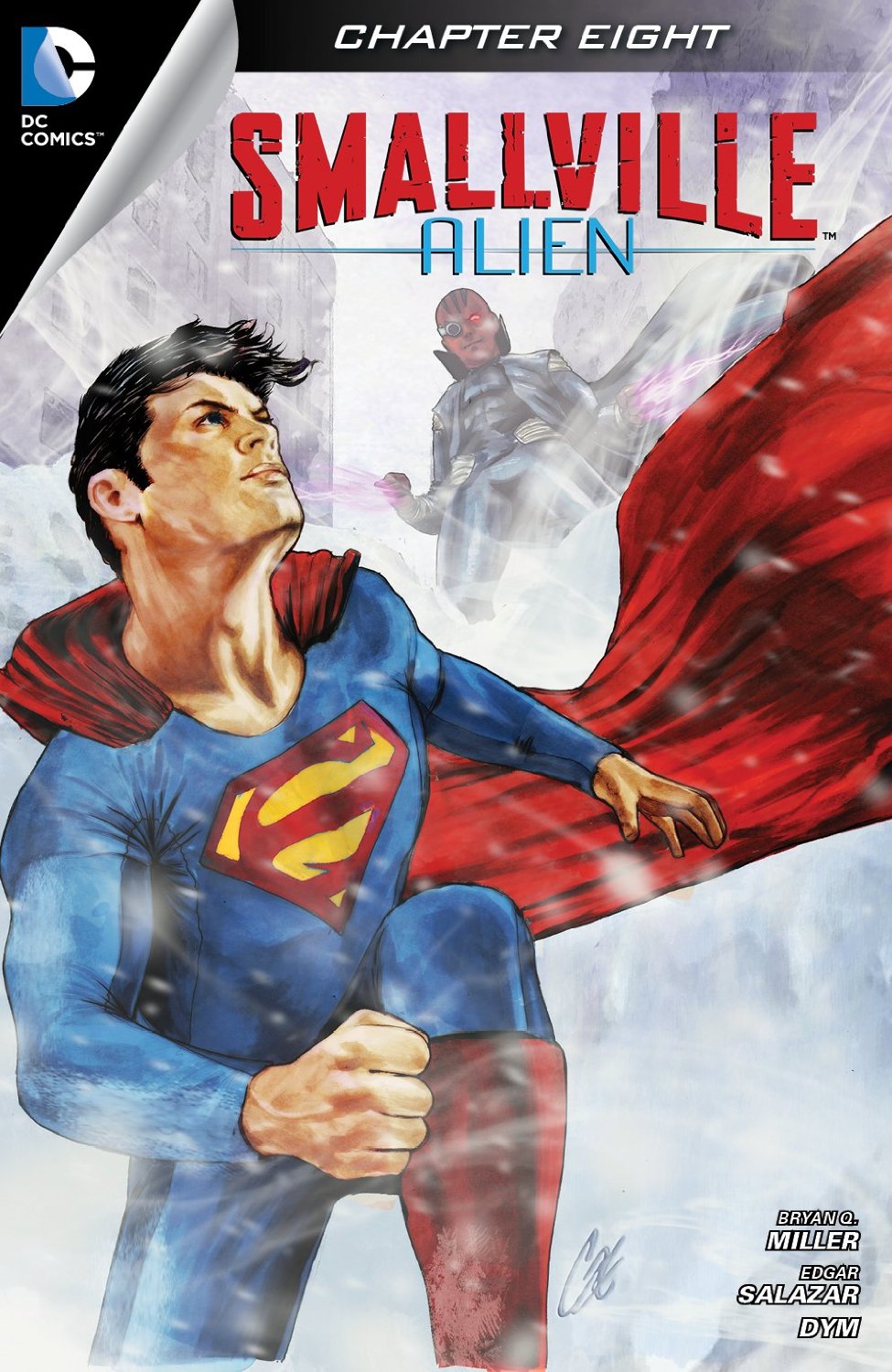 Click to enlarge
Lois and Barbara - in Nightwing garb - get to know each other while backtracking the final footsteps of the deceased Clark Kent from another universe. Along the way, they encounter a gang of thugs who look like they were ripped right out of the original Double Dragon games. The ladies continue discussing life, love, and boys while easily fighting the hoodlums off. (Turns out Barbara's got a thing for a guy in the circus.) Afterward, they discover a tunnel similar to the one Clark and Lex found last issue.

Back in Russia, Otis is trying to reach Lex by cell phone, but it's not working. While talking with the Rocket Red Brigade, he indicates there's some hidden shame in his past that relates to his unwavering loyalty to Lex.

Meanwhile, Clark and Lex search the hallways of the spaceship they discovered underground near Chernobyl. Deep inside, there's a glass structure that somehow contains hundreds, maybe thousands, of parallel earths that have already been decimated. The Monitor enters the scene, activates a Halo-esque blade on his arm, and tells them they won't live to see their earth destroyed.

Story - 4: This story just keeps firing on all cylinders. When Lex isn't entertaining me, the concepts and ideas introduced do.

Otis Berg shows signs of real depth. This isn't the first time, of course. He and Lex have had several such moments before, but it's still amazing to me that I could find myself intrigued by what was originally a cheap pun.

I also just dig stories about parallel universes. I don't know, just always have. The notion of multiple versions of the same person meeting and interacting just intrigues me, I guess. And beings, like the Monitors, who travel from universe to universe, immediately have my interest. Who are these guys? Why are they attacking these parallel universes? And why is the Smallville universe next on their list?

I think we've been teased enough though. It's time for the reveal. I'll be looking for that next week, Bryan.

The girls fighting a gang while carrying on a conversation was a bit silly, I'll admit. But let's face it, that's hardly unprecedented - in Smallville or any other DC series. And given how this story has managed to draw me in so well, I'm willing to forgive it.

Art - 4: Okay, I finally have something different to say about the art this week. Seriously, what's with this gang of 80's rejects? I could almost swear I used to fight them every day after school when I played Final Fight on my Super Nintendo. We have bright green Mohawks, dreadlocks, goggles and a guy with his head painted like it's a Magic 8 Ball. It makes me nostalgic for Streets of Rage.

At least they're not all black or Hispanic. I think just about every nationality is on display in this gang. Who knew affirmative action extended to the streets?