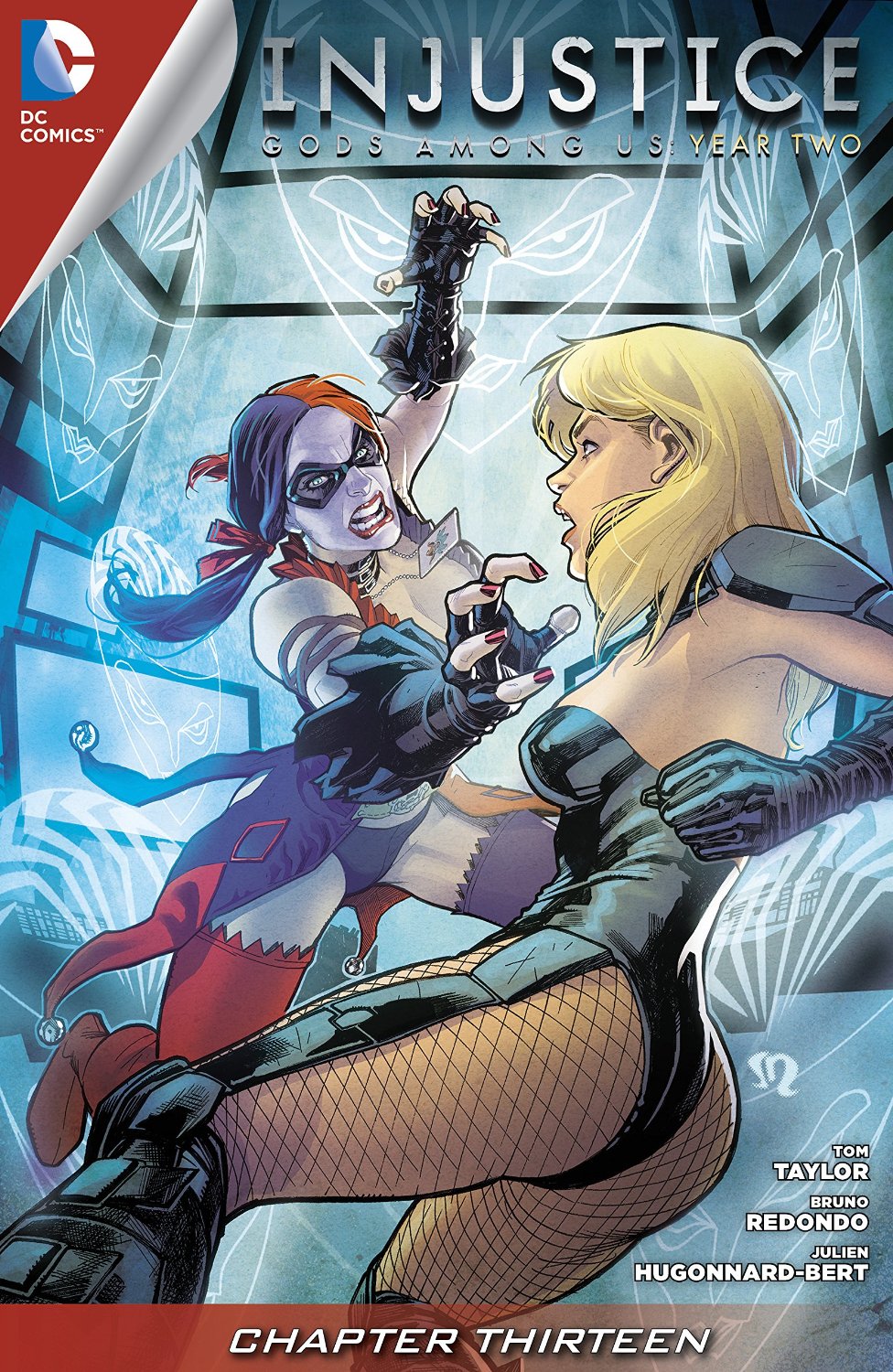 Click to enlarge
Black Canary leaves the resistance forming in Gotham City to return to the Arrow Cave. Once there, she encounters Harley Quinn. A fight ensues, but Black Canary calls for time so she can vomit, a matter brought about by the fact that she's pregnant. Harley quickly deduces that Canary is pregnant, and soon reveals that she was once pregnant herself. Harley offers her assistance to Canary, insisting that they have a shared interest as Regime Superman killed both the Joker and Green Arrow. Canary rejects the offer, but the issue ends with Harley offering her help once more.

Story - 3: Who would ever imagine that Harley Quinn and Black Canary would ever have something so convoluted in common: both of their partners were killed by Regime Superman, leaving them both with fatherless children. The following issue will determine how deep this new storyline goes, or whether it's just an aside for the new schedule. That being said, after the wee amount of momentum built by the lack luster battler against the Green Lantern Corp, this new story is abrupt... and weird. Just weird. Harley Quinn has inherited the Joker's main ability of being able to do whatever the writer wants, so she cannot only infiltrate the Arrow Cave, but also be conveniently the mother of a never before mentioned child (cue pathos and bonding) who is The Joker's Daughter. So now we'll thrill to the adventures of Harley and Canary, probably because Poison Ivy never made it to the video game, then again, neither did Canary, because there's nothing else for them to do... but they still have to be in the story.

I've never been pregnant, and doubt that will ever occur, but maybe, just possibly, Canary might to remove herself from the fighting and such for the duration? Riding a motorcycle is one thing, but engaging in a donnybrook with Harley Quinn just screams "no". Yes, I know badass, this and that, but I just don't believe Canary's pregnancy should be handled so trivially. Not in a world like Injustice, little if anything is sacred.

Cover Art - 4: Really nice line work this time out. The colors, along with Harley's expression make for a welcome change of pace.