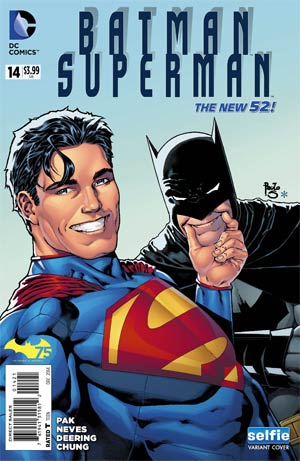 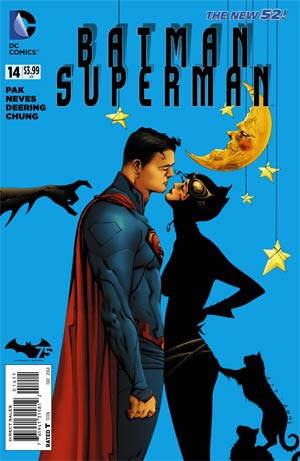 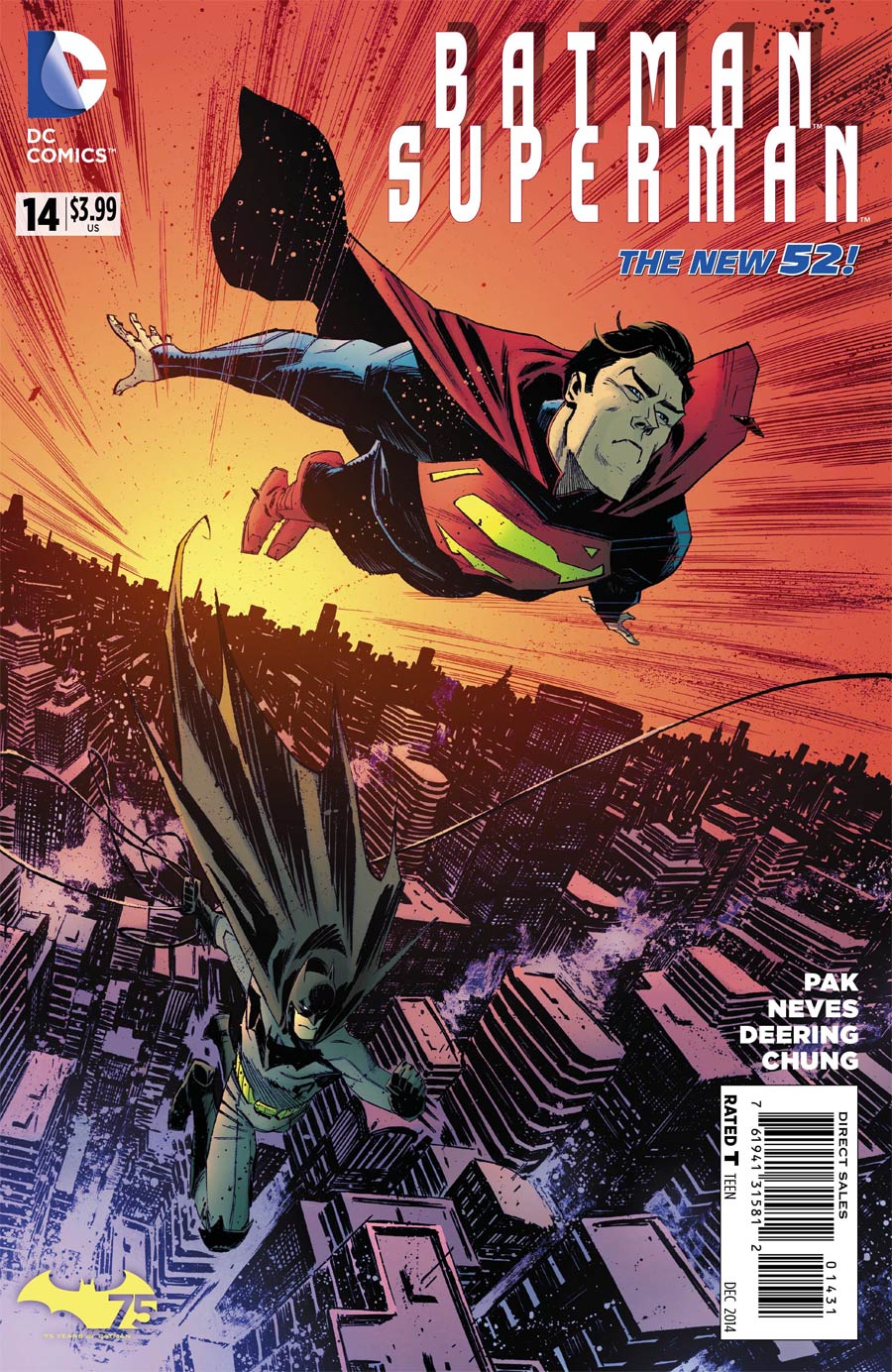 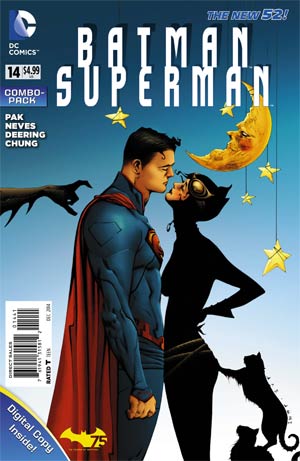 The motto of this Batman/Superman #14 is... memories matter.

As Kaiyo and Lord Satanus plot evil deeds against our heroes...

Batman enjoys the advantages of being a rich playboy and Superman falls under the influence of the manipulative Cat Woman.

With no memory of his violent past, Bruce is unsure of himself. He has the skills and the rock-hard body to be Batman, but without his memories, he does not have the experience nor the motivation to be Batman. Thus, his next adventure in crime fighting ends in disaster.

Superman, on the other hand, fueled by the raw power of his own body, declares himself to be 'the law' in Gotham. Clark's past is gone, and so are the lessons he learned about humility and how true justice works.

What is gone from both these heroes is... purpose. Why did they decide to become heroes? Why put on the cape or cowl and run around fighting bad guys? One man pushes himself to the limit. The other man holds himself back. Their purpose is gone. This leaves one docile and the other tyrannical.

Story - 3: The Good: I like Bruce and Clark's character development. It's almost refreshing to see Bruce enjoying life. I also like the touching scene between Alfred and Bruce. Sometimes I think the we forget how close Alfred was to the Waynes and how much he loves Bruce.

Lois Lane takes down Cat Woman as Superman looks on. Because Lois Lane is that good.

There are times I like Cat Woman, and there are times I don't. This is one of those times that I can't stand her. She's definitely in character, but her truly 'criminal' side is showing. She's manipulating Superman. I don't like that. But I do like that the writers were wise enough to keep her in character.

Superman is shirtless. (Hey, it was worth mentioning twice.)

The Bad: This issue isn't as good as the last. Nothing major takes place. It's mostly a character driven issue which can be tedious. But sometimes it's necessary to develop the characters before you can move to the next chapter in their lives.

However, the story isn't very memorable, and I think that the motto of 'memories matter' could have been put across in half an issue.

I don't like it when they turn Superman into a tyrant. But I do understand the writer's reasoning. It's in the human condition to lord over others we consider weaker. It's the lessons we learn from our parents and society that counter this very natural behavior.

Why would Clark be any different?

Conclusion: The Batman/Lois Lane and the Superman/Cat Woman pairings should lead to some interesting moments. It didn't happen much in this issue. Hopefully it will in future issues. I'm interested to see what happens when Batman and Superman finally confront each other.

Art - 4: In this issue Neves and Deering have taken over for Jae Lee. They do a good job. The lines are cleaner and the expressions are more realistic. Plus the panels flow better.

Cover Art - 3: I like the way Superman and Cat Women are drawn. However, either get them a room or put a little space between their nearly conjoined privates. And what's up with the baby-blue background? I think someone got lazy or there was no time to draw a Gotham background scene. Either way, the baby-blue really isn't a good fit for the story.

I love the kitties. I love Batman's arm reaching into the scene to tap on Superman's shoulder.