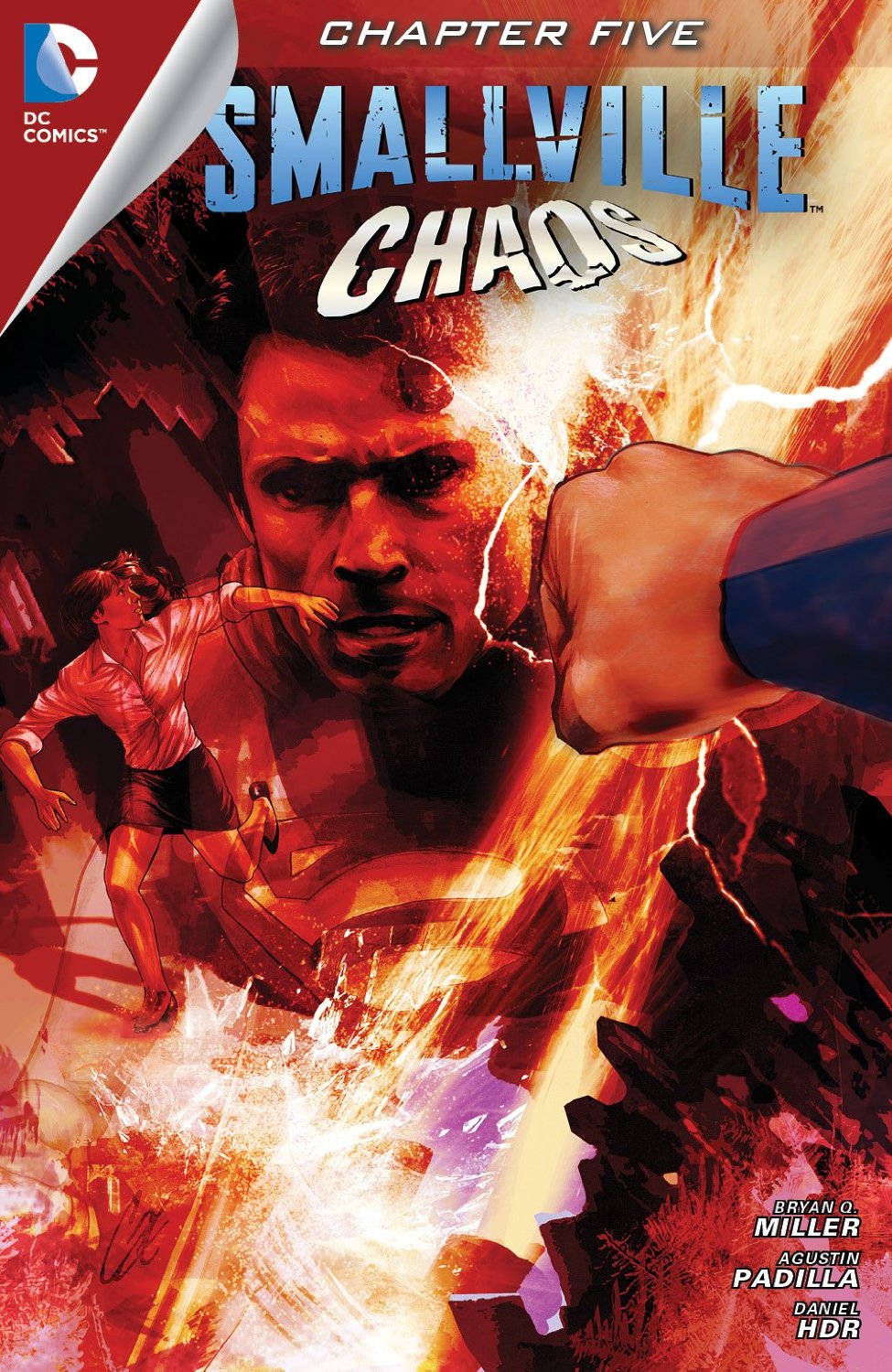 Click to enlarge
As Eclipsos continue their assault on STAR Labs, Professor Emil Hamilton and his team of scientists begin plotting their escape.

Elsewhere in the building, Hank Henshaw determines he has to do something to help with the situation. He manages to sneak past them into a storage room filled with armored robots, then set Hamilton and his men free from the room in which they'd confined themselves.

Meanwhile, on what has been termed "Earth-Majestic" in this issue, Superman and Lois reach the Fortress of Solitude, but this world's Jor-El is less than welcoming. Superman hoped to use the technology there to send themselves back to their home universe, just as he'd previously done to Clark Luthor at his own Fortress, but Jor-El calls him an impostor and imprisons him in a golden crystal.

With Superman out of commission, Lois steps up to try and reason with Jor-El.

Story - 3: I guess you could call this a midpoint in the story, since very little happens. However, what does happen is important and, in one case, fairly big. It's a little disappointing compared with previous issues but still manages to be a fun read.

The big happening I mention is the return of Hank Henshaw. If you're just joining us, Henshaw was mortally wounded and, prior to dying, his consciousness was transferred into a robot by Lex Luthor during the Guardian storyline. Outside of a quick appearance in Hollow, Henshaw's been laying pretty low at STAR Labs. This brings him back into the spotlight in a big way.

While it's nice to see him again, Henshaw's return doesn't feel very organic. He's re-introduced midway through the story and, apparently in response to the Eclipsos' attack, immediately jumps into action. This would've felt smoother had we seen him earlier brooding over his guilt for past deeds.

I wouldn't call it forced, but it definitely feels like this story is telling me, "Hey, look! It's Hank Henshaw! Bet you thought we forgot about him!"

The other important happening is the arrival at Earth-Majestic's Fortress of Solitude. Given Smallville's portrayal of Jor-El, it's not hard to believe he'd go a little crazy over the death of his son. I didn't expect to see him imprison Superman in crystal, but I can't say it's out of character either. I'm curious to see how Lois tries reasoning with him.

All in all, a pretty good story. The abrupt re-introduction of Henshaw just took me out of it a little.

Art - 3: For the most part, the art is just as good as in previous issues. There was one moment, however, that was a little difficult to figure out. At least on first reading.

While outrunning the energy wave destroying Metropolis, Superman takes to the stratosphere where he has a moment to look down and shed a tear. It took me a few extra reads to put together he was shedding a tear for the destruction of Earth-Majestic. I think this would've worked better if we'd been granted a view of what he saw - global devastation.