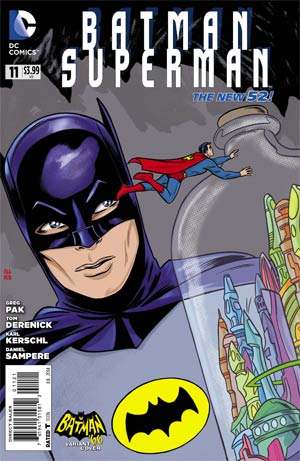 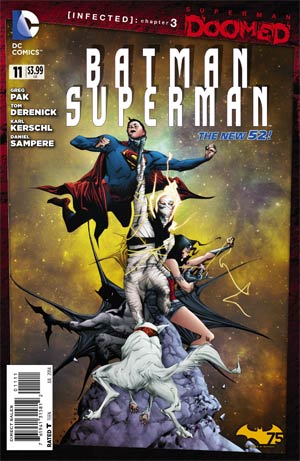 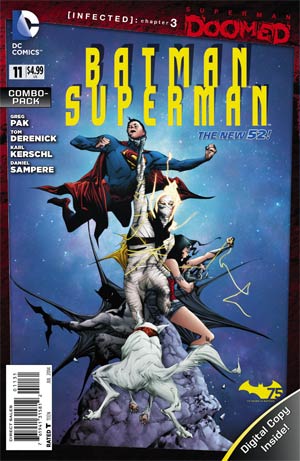 The scene is the Batcave, where the Batman analyses Superman's blood now that it's been infected by Doomsday. He listens to the portrayal of Superman on the TV, and grows ever more concerned. The scene cuts to the arctic and the Fortress of Solitude, where Batman is soon joined by Wonder Woman and Steel. They plan to access the Phantom Zone in the hopes of finding a cure for Superman. The Zone is opened and Steel is asked to remain to close the portal should something go wrong. Once inside of the Zone, Batman and Wonder Woman notice that they are corporeal, and soon find Mongul and Non working together to seal one of several rifts in the Zone. A fight ensues until the arrival of Ghost Soldier, who makes the heroes intangible and spirits them away. They soon meet Xa-Du, who explains that he was the one who set Doomsday loose in an effort to kill Superman. After contending with Mongul once more, Wonder Woman and the others return to the real world with Xa-Du in tow.

Story - 2: I'm filling in for Alisa for the nonce, so take heart in that she'll be returning soon as she's able. That being said, this issue, like much of Superman: Doomed, doesn't make much sense at all. We're treated to a book about Superman who doesn't appear, although he's on the marquee. Yes, he's been infected and all that rut, but that's still no reason for him not to appear at all. Batman's internal monologue was completely off; and the decisions made by him, Wonder Woman, and Steel were unintelligent to say the least. Batman says the he feels like he's freezing once he enters the Phantom Zone, but continues onward because human beings cannot freeze. Bringing Xa-Du into the material world is a head-scratcher as he never says that he can cure Superman.

Why Steel should be regulated to doorman status is really disturbing, as he's better equipped to defeat whatever's in the Zone than Batman. Why have Steel in the comic if he serves no purpose other than to be there? Xa-Du was brought back and we now have another dangerous Kryptonian, and we just got rid of Doomsday. The premise of the story just isn't strong enough to make it worthwhile. It's an excuse to throw other characters into the mix and hope for good sales.

Art - 3: It took 8 artists to get the issue together, which isn't good in and of itself.

Cover Art - 4: Lee is consistent and good at it.