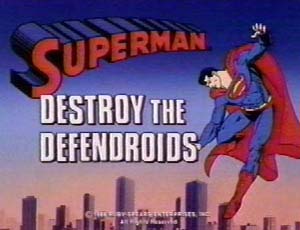 Coinciding with Superman's 50th anniversary, Ruby-Spears Enterprises produced a Superman cartoon show which debuted September 17, 1988. It ran on the american network CBS on Saturday mornings. Superman was a half-hour show with each show having one 18 minute Superman adventure, and one 4 minute segment - a continuing series called Superman Family Album that chronicled Clark Kent's life between his actual adoption by Ma and Pa Kent and his public debut as Superman. The idea for the Superman Family Album segments was CBS children's department head Judy Price. The head story editor for the Superman series was Marv Wolfman who had worked as one of the Superman comics writers with writer John Byrne in 1986's revamping of Superman. It was Wolfman's idea to change the portrayal of Lex Luthor from that of a criminal scientist to being a corrupt billionaire industrialist wanting to control Metropolis. Although his work in comics made him a Superman expert, Wolfman was hired based upon his prior experience in animation doing a Superman parody for the Garbage Pail Kids series. With Wolfman in charge, the cartoon series would reflect the new comic book version of Superman, while also influenced by the 1940's Fleischer cartoons style. Character design was by long time DC Comics artist Gil Kane. Although well made, this series lasted only one season, in part due to poor scheduling and the high licensing fee being charged. 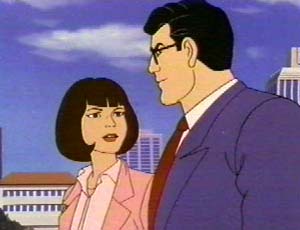