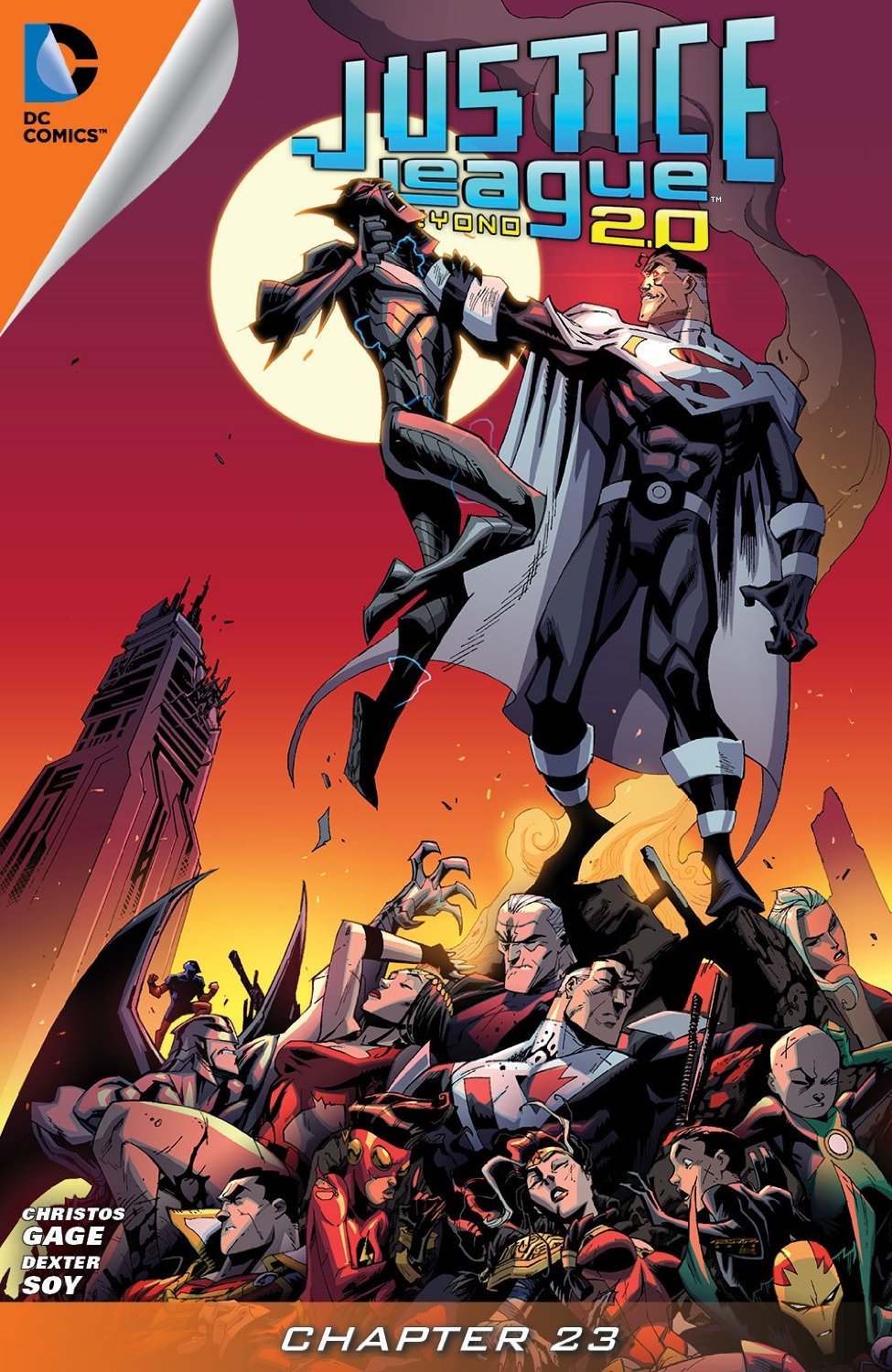 "Justice Lords Beyond" (The Return of Wonder Woman): "Homecomings"

Story - 4: There's very little that goes wrong in terms of story here. Actually, story-wise, it's an excellent penultimate issue. What problems do arise stem from a question that has been asked and is still yet to be answered as of this writing: should Superman kill? Justice League Beyond 2.0 is, for the most part, an old-school and traditional written comic. The good guys are good, the bad guys are bad, and there's little, if any, grey areas. Superman could have just defeated Lord Superman, as we expect him too, and incarcerate him appropriately, as we expect him too. However, the lines he speaks before submitting to his core invite discussion and debate, and are the primary reason for the less than perfect review score. Such a question isn't one to make light of, and on the Justice League animated series, Superman faced a proxy of Lord Superman, and answered this question most definitively. Christos raises the question once more, whether purposefully or not, and it requires more than words and walking away; it requires actions that give proof to Superman's convictions and integrity, and not a sequence where his morality makes him seem naive, or borderline moronic. Still, the aforementioned said, this installment was quite a rewarding read and questions posed aside, a very entertaining one.

One of the biggest changes in the Justice Lords, it seems, is that unlike the DCAU storyline, where the entire League was complicit in being... evil, it appears that the burden of that weight has fallen solely on the back of Lord Superman. It's all ways peculiar to me that the most moral of member of the Justice League, seems to take on evil very easily when needed. One would think that a hero who straddles the fence would be a more likely candidate, but for obvious reasons, the scenario only works with Superman. No one could imagine Green Arrow taking over the world with Superman present, and the likelihood of any superhero becoming a world conquering despot becomes a pipe dream with Superman able to play, so the Man of Tomorrow gets to be the bad guy. The good news is, he's good at it, the bad news is that the dynamic is so trite at this point, it's quite the feat to make it interesting. Christos does this buy making Lord Superman not only smart and ruthless, but reminding readers that an evil Superman is not Superman. Once the tenets of a character is changed, it's no longer that character, and it's a reminder of what makes Superman who he is, and what happens when he's not.

Should Superman kill? While the issue says no, it also places Superman in a shot where he looks incredible foolish: turning his back on Lord Superman, who takes his last shot and tries to kill Superman. The shot is counterproductive, as while one may agree or disagree with Superman's decision, few would give credence to what amounts to be a thick-headed action. Too many writers place characters of morality in situations where they can only be naive or foolish for having such convictions. This issue can be added to that long list of scenarios. It curious if Christos is saying more with the shot that is obvious; that it isn't enough to be righteous, but careful as well, but there isn't the development that is need for the question.

I'm throughly pleased with how things have shaped up for this storyline, and by the look of things, a new arc will be sprung on us posthaste when we see the next one. If the creative team delivers with not just a conclusion, but some bloody catharsis that's been missing for about 23 issues, I'll be a... I'll be a happy man. I may even dance a jig. Sláinte!

Art - 3: I haven't been a fan of Soy's art since the beginning, and that hasn't changed.