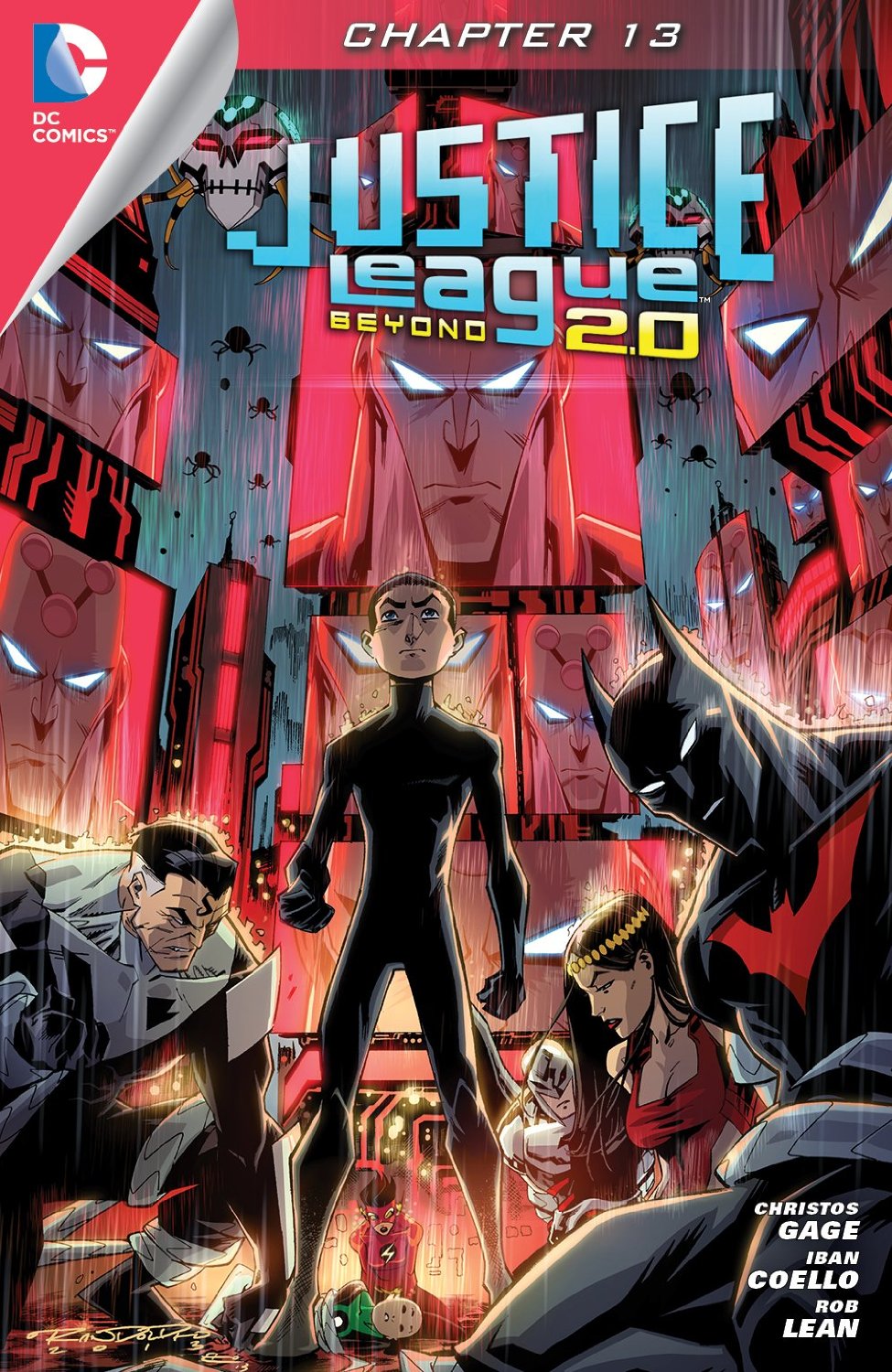 Click to enlarge
It's a week later after Brainiac has taken over the Earth. It took only two days, and the Justice League Beyond (JLB) continues to fight on, their opposition has turned into an insurgency, as they've barely managed a foothold with their resistance. The magic-users of the League are all that stands between ultimate defeat, and the most potent of them is Captain Marvel. However, Brainiac has sorted out a way to remove Captain Marvel from the equation, infusing his body with Nth metal nanites, and restocking him in the column for Team Brainiac. The JLB, while pressed, is not completely out of resources, and they move to where they will make their last stand, on the island synonymous with magic, Paradise Island.

Story - 4: Once more, the length and release time are the only drawbacks to what is a most excellent chapter, in the JLB's war against Brainiac. The narration by the Flash is punctuates the story well, as we're reminded of the human elements of the story and their connection to the JLB, if only for a moment. The best thing about this story, despite the look of a simple, perhaps even juvenescent air, is the thought that Christos has put into a villain like Brainiac. We know that the JLB will prevail, most assuredly, but to see Brainiac realized as he is by Christos is very refreshing. Brainiac has removed or neutralized all of the major players and weapons of the JLB, and rendered ineffectual at best. He has thought of everything, and that what he hasn't thought of, he's brought himself up-to-speed on rather quickly.

The question, the obvious one anyway, is how will the JLB defeat Brainiac at this point, which is still quite possible and plausible. This isn't Earth 2, where Brutaal has decimated so much of the world, we wonder not only how, but why the Earth should be saved. The JLB have mounted a lacking defense, but Brainiac's aim is to take over, not take down. The answer, which is a lovely one for long-time readers, and should be fairly obvious, is history. The Marvel Family, Nth metal, Atlantis, the Phantom Zone, the Fortress of Solitude, and now, Paradise Island. Christos is using more of the DC Universe in JLB 2.0, than the DC Universe proper uses every month. The solution to Brainiac's actions are seeded in past reading, not that it's necessary to enjoy what he's putting forward currently.

I've said before and will continue to trumpet the virtues of JLB 2.0. It's the best comic featuring the Justice League, and the writing, while obviously original, is unafraid of embracing the rich history of the DC Universe, proving that you can do so without being beholden to it.

Art - 4: Rob Lean seems to on for the long haul, but it's still going to take some time to acclimate.

Cover Art - 4: A nice thematic send-up... if misleading to say the least.