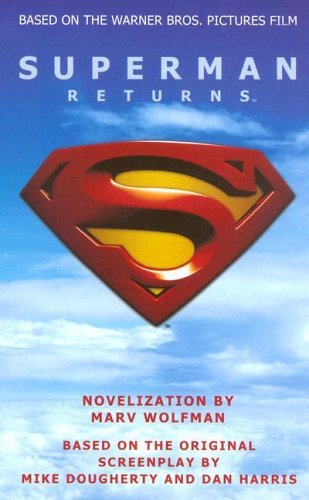 Friday was just as beautiful as Thursday was. I kicked it off early by taking my wife with me to stop in to see the Comic Art Gallery being held at the Community Center. There was a lot of great artwork there, and I was especially impressed with the airbrush pieces.

I had already signed up to get a sketch of Superman done by artist Steve "The Dude" Rude. Steve was an incredible guy to talk to, especially since I'm an art student. I watched him draw a fantastic picture of a Fleischer era picture of Superman breaking a chain that had been wrapped around him, I kid you not, from pencil to marker in about 20 minutes; and that included him taking his time to stop and talk to me.

After he had finished the picture, it was time for me to feast. I received my finished picture from Steve, thanked him, and headed back to my hotel, not knowing what surprise I was about to experience when I returned to the celebration.

After lunch I headed back over to the Community Center for more of a look at the art when to my surprise, Marv Wolfman, writer of Crisis on Infinite Earths, and the Superman Returns novelization, had arrived early to the celebration. I had been in contact with Marv via email for the weeks prior to going to Metropolis in order to conduct an exclusive interview for SupermanHomepage.com. This interview deals with questions about Superman Returns the novelization, and does contain spoilers. Read at your own discretion.

Click "Read More" below to read the Marv Wolfman interview and more news from the 2006 Metropolis Illinois Superman Celebration.

Q: How were you selected to write the novelization?

Q: Did you get to visit the set of Superman Returns for any type of mental picture of how the props were gonna look, such as Superman's ship, or the Kent farm?

A: All of that (the filming) was done in Australia...

A: I did get to sit down with the writers (Michael Dougherty and Dan Harris) which generally novelization writers don't get to do that. I was also sent a ton of photographs to look at, and obviously I got to look at the script - not only the (final) script, but the script in progress because there were many different drafts.

Q: It appeared to me that you may have added some additional scenes and character beats, things that, to my knowledge, don't happen in the film but are an extended back story. For instance, in the first chapter the conversations between Jor-El and Lara, and also Lara's visit to the Valley of the Elders. Continuity wise, do these scenes sync up with the Superman Returns comic book miniseries?

A: I don't know what DC is doing with the miniseries. That is stuff I made up. The entire opening is mine, because what I wanted to do is set up what would happen later in the film that will give some meaning to some scenes that happen later on. And, I felt it was important with a book like this, which is taking the movie and flushing it out in more depth because this movie is over 2 hours long and I have 84,000 words... (laughter) ... that it allowed me to create scenes that would amplify things that would happen in the film. I didn't create things just because I felt like doing it, and I didn't create anything just to write something like on Krypton. I did it because I knew it would have great resonance later. That said, everything I did in the Jor-El and Lara sequence I made up completely believing it would add to the material later on.

Q: Especially with the scene later on New Krypton with the towers falling down, each representing the towers in the Valley of Elders.

A: It has a lot to do... if I didn't have the material in the beginning, it would not resonate the same way at the end. And that's the reason why I wanted to do that, because I thought it was brilliant going into the film to not only have what Superman's view of Krypton was like, which they do have, but to set it back into historical context with Jor-El and Lara. Also Jor-El and Lara are never given any personalities, ever. And I saw no reason why you couldn't have Superman's parents having a sense of humor, having a sense of mischief (in Lara's case), trying to develop them a little bit more in ways we have not seen before that could explain Superman.

Q: While writing the book, did anything pop out to you as a surprise, such as the relationship between Martha (Kent) and Ben Hubbard?

A: No. I guess my memory's a bit tricky. When I read the screenplay the first time, because I had also worked on the Superman Returns video game with EA and then we read it up at Warners, I immediately went to the scene in Superman: The Movie where Clark says to Martha "I'll send Ben Hubbard to look after you and the farm" I knew exactly who they (Dan Harris and Michael Dougherty) were talking about. In fact, in the novel I have a comment about where they (Jonathan and Clark) would take the long way home around the Hubbard place because that's all little set up stuff. It doesn't come from anywhere in the film, but it clearly sets up who Ben Hubbard is in context. He's the farmer next door, he's the person who lives next door, so his name is brought up at least twice before you meet him but only in context of the film.

Q: As far as their romantic relationship, heading up to Montana... did that come as a surprise to you?

A: Obviously there was no... nothing I could've seen happen until I read that scene in the script. So, yeah of course that's a surprise. But I thought it made sense because Martha's alone. Jonathan died when he (Clark) was 18 or 19. In the movie context, Clark goes away to the Fortress (of Solitude) for 10 years. Plus after the time Superman arrives in the movie (Superman Returns), because in the movie he's been away from Earth for 5 years. And you assume there's some time between the 10 years, and the 5 years he's away from Earth. So you're talkin', Martha's been alone, essentially, for 15 to 20 years after her husband died so why wouldn't she get involved? Now, they're (Martha and Ben) not married yet, but they are involved, so I think that makes total sense.

Q: Knowing what you know from writing the book, are you excited to see Superman Returns on the big screen?

A: You know, it's one of those things where I'm anxious to say for the first time, the story is really about Superman, and you don't know how anything's gonna look, you don't know any of that stuff because - who knows? But, I've seen the latest trailer that I saw in front of X-Men 3 (laughs) of all things, and it looked great. And it was the first time they actually had Superman speak, and there's so much emotional content in the film because it's all about Superman's quest to figure out who he is and I think it'll be a really good film. I'm hoping so, of course.

Q: Finally, what projects are you currently involved in?

I would like to think Marv Wolfman for taking the time out of his busy schedule to do our interview. If you have any other inquiries about Marv and his other projects, please visit www.marvwolfman.com.

I would also like to give a special thanks to Barry Freiman for his help and guidance throughout constructing this interview.

Superman Returns the novelization is a great book to read, and made me more excited to see the film. It is currently available for purchase at your local bookshop, or online.

In other Superman Festival news from Metropolis Illinois, Kenny Richardson wrote in to give us his report on the events...

I met Stephen Bender and Micheal Rosenbaum. Stephen and Micheal were very nice people. I was helping out with the auction when I was asked to go have some copies made at the chamber of commerce. All of this happened when the chamber of commerce was having the autograph signing with all the celebreties in the building. While I was waiting for the copies to be made I was standing next to Micheal Rosenbaum. We started talking and he agreed to take a picture. I then told him about a friend of mine who could not go to the celebration due to liver cancer. I told Micheal Rosenbaum about my friend. I told him how he was my friend's favorite actor on "Smallville". I then asked Micheal if he would talk to my friend via my cell phone which I had in my hand. Micheal didn't even think about it, he said he would love to. So I dialed the number and my best friend got the surprise of a lifetime. Micheal talked to my friend for 5 minutes and answered questions. It was then that I realized that not all celebreties are the same. I never would have dreamed that Micheal Rosenbaum would go that far for a fan. It just goes to show you that Micheal Rosenbaum truly does care for his fans. I hope that Micheal gets invited back as a guest for a future Superman Celebration again.

I was also very surprised when I received a Superman of Metropolis award for helping out with the auction. I had a great time at the celebration.