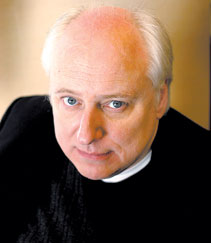 Kevin Burns, director of the feature-length documentary "Look! Up in the Sky: The Amazing Store of Superman" (which screens this weekend at the Hot Docs in Canada), spoke with MetroNews about the Man of Steel...

"The charm of Bryan's movie is that Bryan takes the legacy and the charm of Superman very seriously."

But he thinks that Superman's return might have a lot to do with a very anxious point in history, when an uncomplicated superhero is "strangely reassuring at a time when we're looking for answers.

"I think that what's going on in the world today is much closer to 1938 than 1978," Burns says. "I think that we're soon going to be faced with real world war kinds of choices. I think they're definitely brewing. In 1938 you had the leader of a nation state advocating the annihilation of a race. And right now you have the leader of a nation state again advocating the annihilation of that same race, with nuclear weapons. And if we don't take those threats at their word, as we almost didn't in 1938, I think we do so at our own peril."