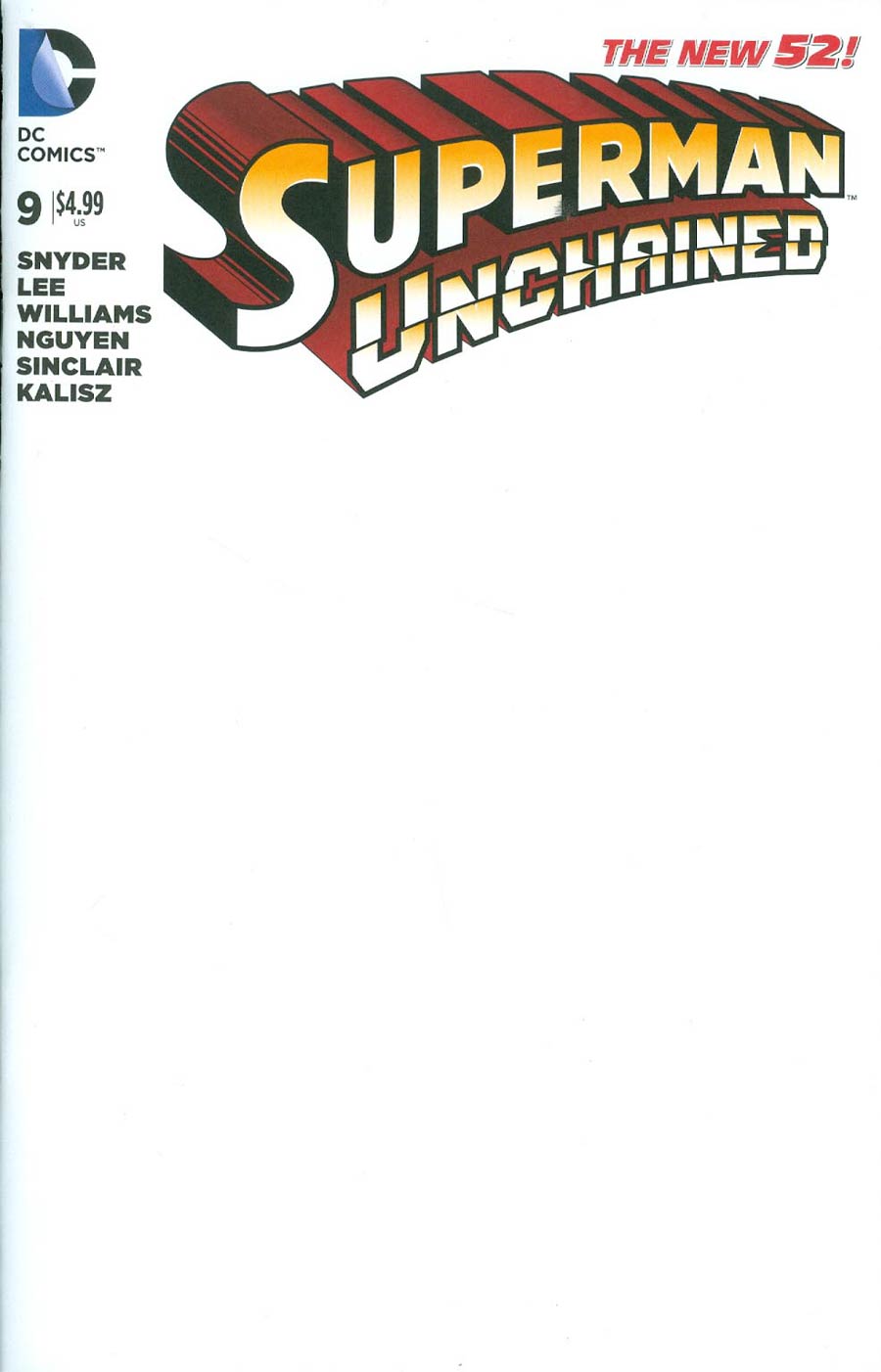 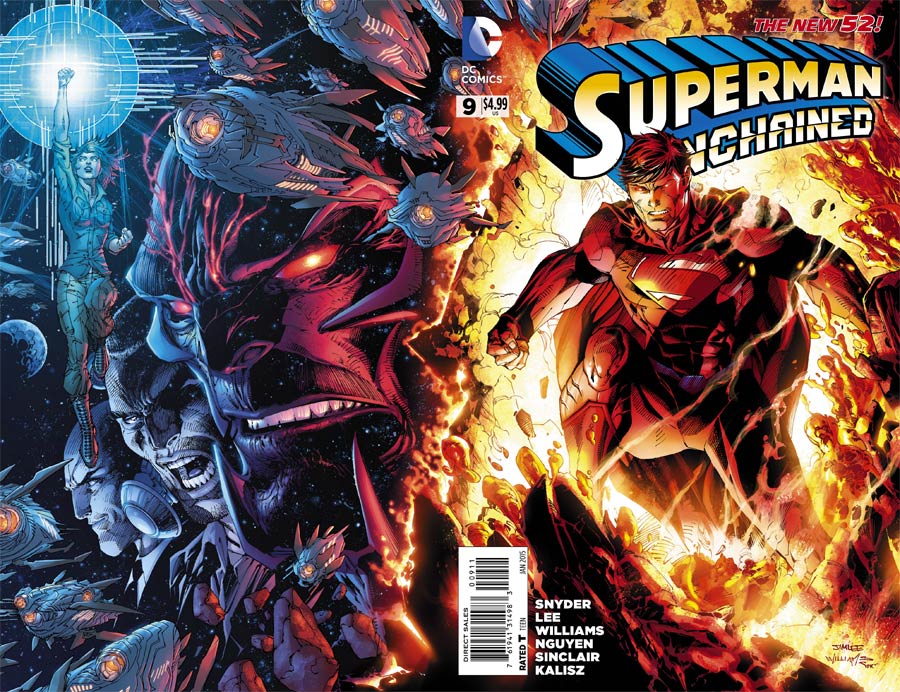 Scheduled to arrive in stores: November 5, 2014

"Let The Light In" 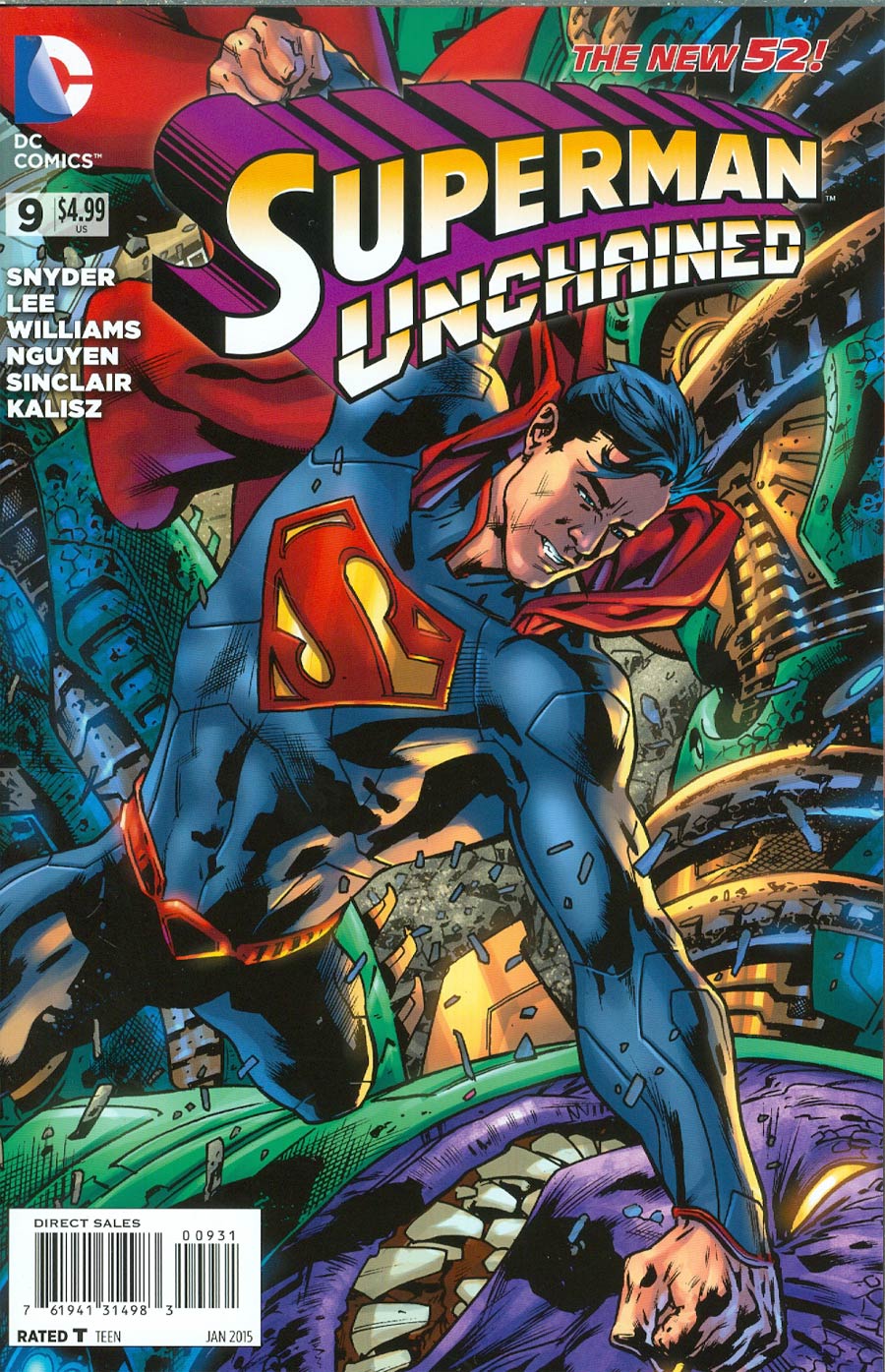 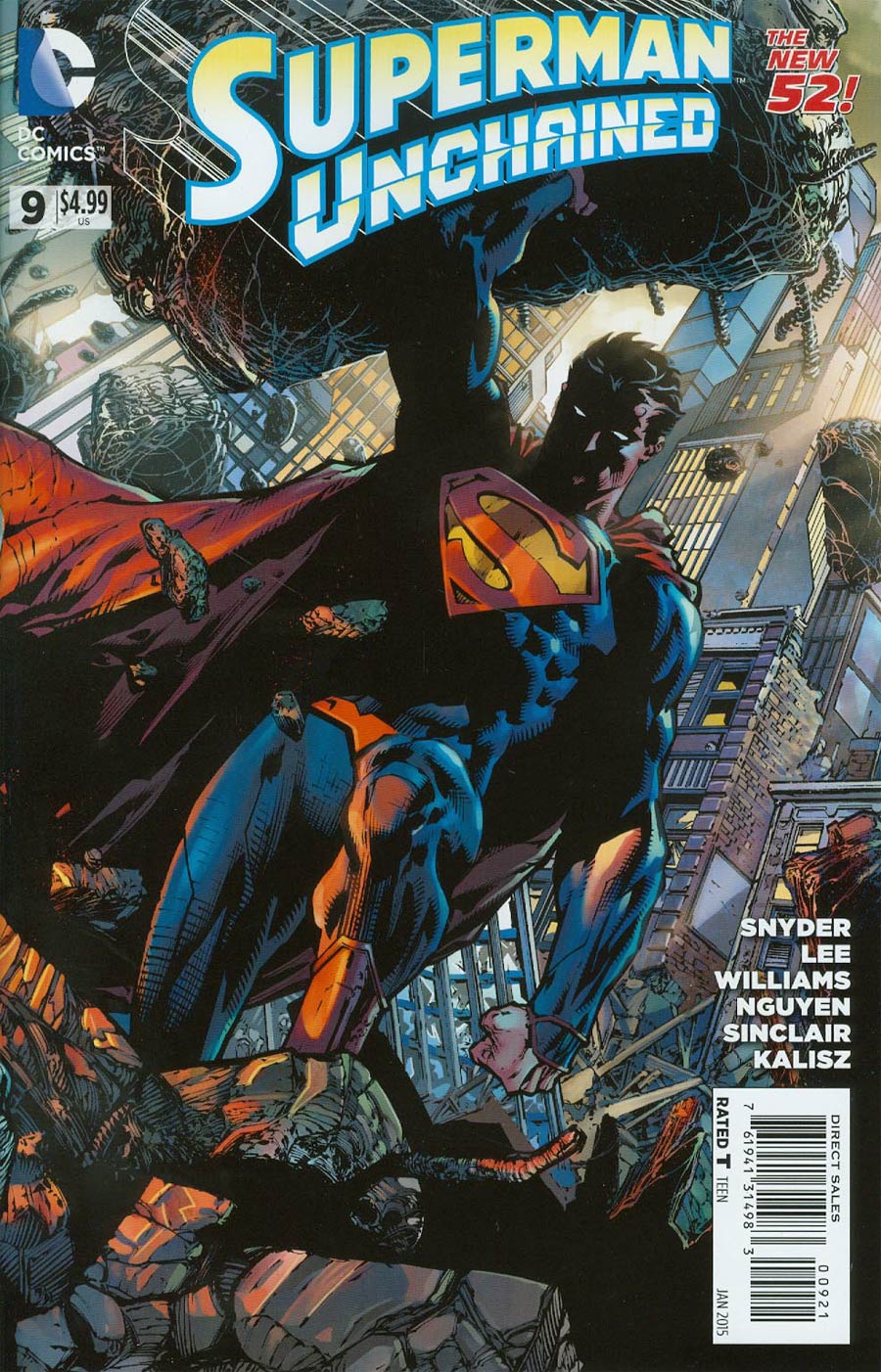 Our story picks up with the conclusion of the flashback sequence involving Mr. Colder confronting Clark's alien heritage. Mr. Colder is blasting away at Clark with a shotgun as Martha begs for him to stop, pleading that, "He's just a boy. Our little boy". When Mr. Colder turns the gun on Martha, Clark lets out a cry so powerful it throws the attacker several yards away into the side of a barn causing his heart to fail. This leads to the present where Luthor explains to Superman how he has made him the only weapon that can possibly destroy the Armada, with a blast equivalent to two hundred megatons. Wonder Woman reveals that Wraith's people have begun using the Earthstone against Earth, neutralizing our defenses at an alarming rate. Superman rejects Batman's plan to call in the Justice League, telling him there is not enough time and that they will be needed on Earth. Superman bids farewell to Lois and takes off towards the Armada. This sequence is highlighted and paralleled by Superman remembering his first act of heroism, flashing back again to Mr. Colder as he attempts to save his life. Superman reaches the Armada which severely weakens him with their weapons and eventually incapacitates him. Just as all seems lost, Wraith shows up to save Superman and becomes Luthor's weapon, sacrificing himself and destroying his own people in the process. Days later, Lois speaks to Clark by phone admitting how much she admires his stance on life and his ability to follow his instincts.

Story - 3: There was a whole lot going on here. So much so, that had there not been so many delays which "rewarded" us with extra pages, I have to wonder how the end might have been completely different. I was white-knuckled during the entire flashback sequence hoping that Snyder wouldn't actually have Mr. Colder die by Clark's hand. Thankfully, he didn't go that route but instead had me shaking my head at the very thought that Martha would attempt to lie and comfort Clark for nearly killing someone out of anger when he could have easily stopped him by less than lethal means. "His heart, it just... gave out. He was a troubled man." Both are comments intending to deceive the child into thinking that succumbing to his anger and letting loose on a normal human with his extraordinary abilities is ok, within a certain context, even if the result is death. I didn't care for that. Luckily, Clark disagreed and successfully saved the man's life. This is all the more baffling of a sequence considering this same version of Superman left Wraith for dead in the last issue. So what was the lesson?

Clark not thinking twice about this being a job for Superman was nice, even if it was written to where any hero could have been positioned against an identical threat and would have done exactly the same thing. There is nothing about the way this was set up and paid off to challenge what the character stands for and how he is a unique gem in the DC universe. The farewell to Lois was sweet, even if undercut by the continuity of being in a relationship with Wonder Woman. The fact that she can't say, "I love you" to Superman, even when he's up against certain death, speaks volumes about DC's current agenda with their relationship.

The most intriguing part of the entire Superman Unchained series to me was Luthor's monologue regarding Superman's place in our world. He insists that Superman isn't a light to show the way, but a candle lost in the darkness. He contends that he is a man standing for nothing and that he is stumbling through life to find his place just as much as anyone else. Regarding this version of the character, I have to completely and regrettably agree.

Of course, in the end the very definition of deus ex machina resolved the threat in the form of Wraith. That was a let down. This is even more disappointing as a frail Superman (very visually reminiscent of Frank Miller's version suffering the effects of a nuclear blast) watches helplessly from afar as the real Superman, Wraith, sacrifices himself and saves the day.

All and all, Superman Unchained was a huge misstep in my opinion. It was popcorn action that had very little soul or recognizable characters. It raised questions, but none of any real value to a fan of Superman or someone new to the character. I truly believe that Scott Snyder and Jim Lee set out with good intentions. I feel they endeavored to bring into question everything we know to be Superman and his unmistakable nobility. Sadly, stories that set out to question such things end up being a convoluted mess with hypocritical stances on morality. The dichotomy of hero and villain, played here by Superman and Luthor was executed far better in stories like All-Star Superman. A story that brought Superman's morality and character into question while he remained true to himself and saved the day in the end.

Art - 4: Jim Lee's art is arguably at its best here. It's still a little scratchy for my taste, but it is better than previous attempts, It has no reason not to be considering all of the delays.

Art (Flashback Sequence) - 5: Dustin Nguyen remains consistent in his efforts with Superman Unchained. His softly rendered art is very dreamlike and captures the feel it is going for.

Cover Art - 3: When my daughter continues to asks me if the Superman being drawn by Lee is the "mean one" then we have a problem. That being said, the wrap-around cover isn't that bad of piece. It sort of shows the reader what to expect inside the book, minus Lois flying toward the sky.

Variant Cover Art - 4: David Finch created a cover here that has Superman lifting rubble over his head from the damaged city in the background. Presumably, the individual looking at the cover is the one Superman is rescuing. It's a pretty good image and it is one that would have been nice to see in the actual story. It gets an extra point because Superman is partially hidden in shadow and is missing those overused angry glowing eyes. The fact that this piece is so closely reminiscent of Lee's cover for Superman Unchained #2, and that Superman looks a little less than comforting keeps this from getting a 5.