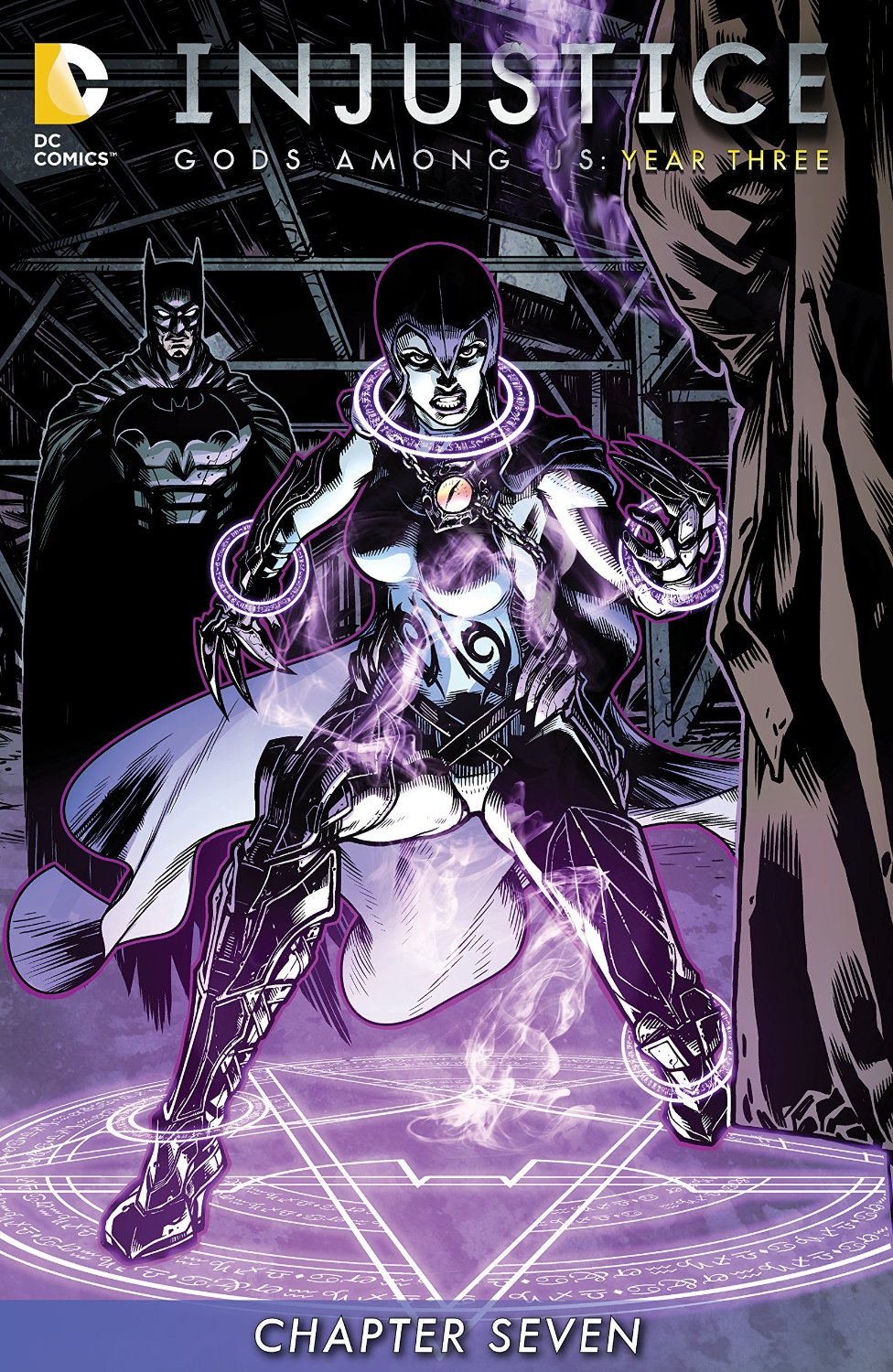 Click to enlarge
Klarion sends his familiar to release Raven, in a plot that will ensnare Regime Superman. Above the Earth, Superman converses with the Spectre, who credits Superman with bringing peace to the world, albeit a forced one. Raven's astral form approaches them, but the Spectre attacks her until Regime intervenes. Raven pleas with Regime to help her, and is then pulled back to her imprisonment. The Spectre offers to go, but Regime foolishly takes it upon himself to do so. He walks right into the trap, and is enmeshed in the shreds belonging to Ragman.

Story - 2: It looks like a reader will have to suffer through more padding before getting anything of decency from Injustice for a while. This installment has the typical and usual structural problems and ludicrous character moments, and they all fall on Regime for the most part. You have the Spectre for an ally in a situation that involves magic, and of course, you rush off half-cocked into an obvious trap. What is more, how in the world is Regime faster than the Spectre, who could have barred his way or stopped him with little problem. Taylor makes the same error in relation to magic that too many other writers have done, and at this point, it's just lazy. Superman isn't vulnerable to magic, he just isn't immune to it. A magic shield may be strong enough to withstand his punches, but it wouldn't draw blood from him unless it was conjure, specifically, to negate his invulnerability. The way Taylor and other writers approach it, you could kill Superman with a ruby or glass slipper.

The last few issues have been boring. Boring, and that is a word that I use very reluctantly, as it should a massive lack of thought on the user. However, Injustice isn't top-fare, it's BAM BOOM and spectacle, that happens to be entertaining. The most recent offerings haven't been engaging on any level. They're just marking time, as Year Three has to be 24 issues long, and the storyline doesn't need the required length.

Art - 4: The shots of Raven are very nice, and Regime as a Yellow Lantern is becoming more and more familiar.