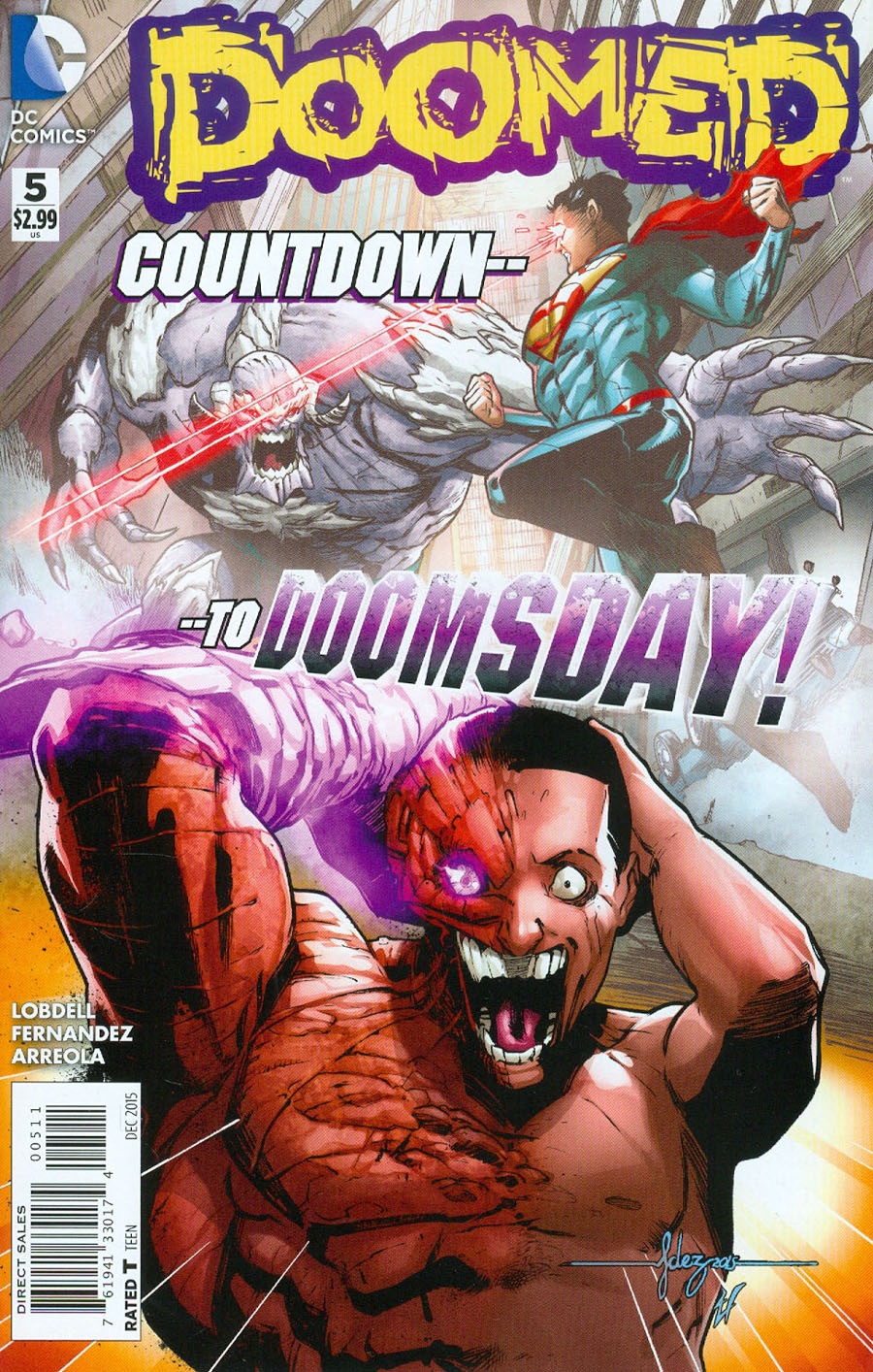 "Of Supermen and Monsters"

Click to enlarge
Superman tells Jayne of his history with the Doomsday spores and the monster birthed from them. Jayne is rattled that Superman has tracked down her research and she lets slip about Reiser and his accident.

Reiser meanwhile is sitting on the roof of his building, wallowing. Roman tries to reach out to his flatmate offering to take him for a late night run, it doesn't work and his friend leaves... but in his place is Superman, Reiser's own neighbor!

Clark activates a holo scanner he grabbed at S.T.A.R and checks Reiser over. Unlike past hosts, Clark included, Reiser hasn't suffered genetic disruption, the spores seem to have completely bonded without issue, Reiser mistakes Clark's words to mean his nightmare is over.

Roman meanwhile collapses during his run and Alpha Centurion tries to take over his body.

Clark explains how he was able to burn out the spores by burning them out in the sun but as a human there isn't an equivalent for Reiser. Clark comments that Reiser seems to have strong resolve to be able to suppress the monster as he does. Superman suggests going back to S.T.A.R for more tests and this triggers Doomed to appear and punch Superman into a wall.

Elsewhere, Roman tries to reason and then spurn Centurion. The Roman spirit reveals he has been inhabiting bodies for eons appearing when a glorious battle presents itself and that the rise of monsters in this word means he will be around more to stop them.

Reiser leaping across the city passes over the docks and Superman leaps in himself and forces him to the ground. Superman tries again to reach out to Reiser and it appears to be working until an anchor hits Clark in the head. Alpha Centurion arrives and battles Doomed. The two smash each other back and forth. Reiser unable to vocalize beyond grunts and growls, while Centurion raves about defeating monsters.

Superman grabs the two by their fists and forces them to their knees until they submit to talking it out. Suddenly without warning a gigantic monster appears from nowhere and takes them all by surprise.

Story - 3: The plot advances though it is rather thin on substance it is fast enough to stop it feeling stagnant. Superman acts like Superman personality wise with a deep concern over the Doomsday spore research and then for Reiser himself. Jayne's flustering was entertaining as was Reiser's referencing the 'Truth' storyline.

Alpha Centurion is shaping up to also be an interesting character. A sort of cross between Deadman and Sleepwalker.

It was really nice to see Superman behaving like his old self but it's a shame after 5 issues the plot has wasted time to get here - a point where the book is starting to get meatier.

Art - 3: The moment where Clark stood in front of the washing line is great. The art is consistent and energetic when it needs to be.

Working with Clark in just a T-Shirt and jeans instead of a real costume... I have to hand it to Fernandez for retaining his nobility.

Also the moment when Clark halts their fight. Awesome.

Cover Art - 3: The upper half looks great, It happens in the book via flashback so it is very welcome.

The lower half is where it falls apart, the return to the cartoonish element is this series' weakest point.