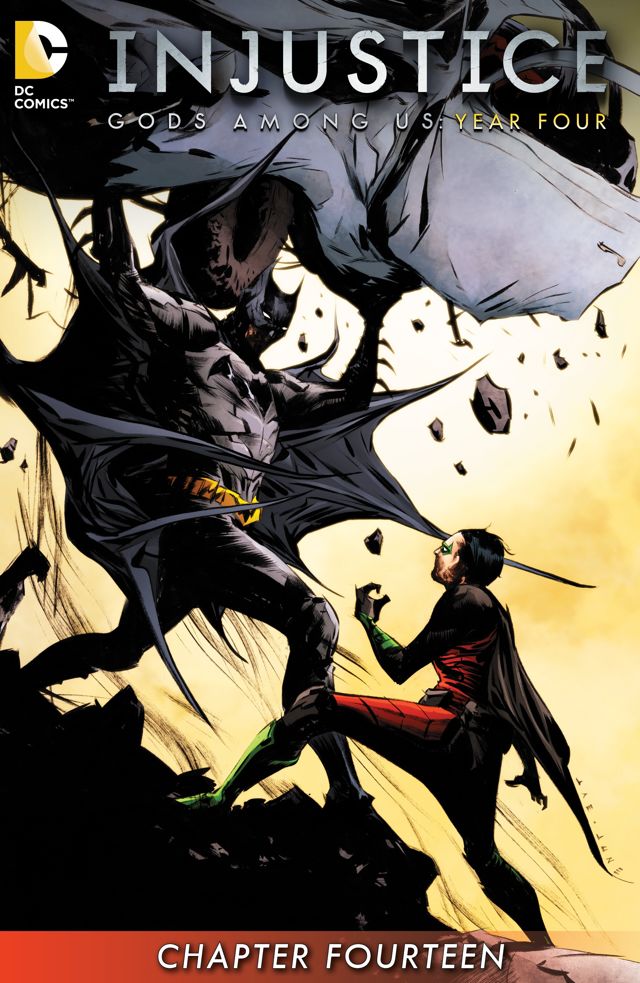 "The Old and the New"

Click to enlarge
Regime Superman kills Hercules, or at least his mortal form that he houses on Earth. Apollo attacks Regime, smiting him with an arrow and inciting Shazam to rage and rumble. Batman and Robin engage in combat, discussing what drove them apart as they do. Batman defeats Robin, and Shazam cripples Eros, but once he does so, a lightening strike engulfs him, and Billy Batson returns to the world, high above it and powerless.

Story - 2: More needless fighting. Needless because it should have been over issues ago. Regime Superman lost the single combat challenge to Wonder Woman. Sinestro's interference doesn't change that. Either the gods or the League could have put this insipid display of futility to bed long ago. However, since we must have twenty-four issues, and there's no genuine story to be had, let's punch aimlessly till exhaustion sets in. A squad comprising Hercules, Atlas, and Apollo, or Regime Superman, Wonder Woman, Shazam... the picture should be clear. It's not going to be a long match unless made with every weak contrivance known to man, which is, of course, the Injustice formula.

The inconsistencies to this point are at the normal Injustice level, but the rendering of the Greek pantheon threatens to up the count past what is usually par for the course. Hercules isn't a demigod, he had his apotheosis and has full status as the 'God of Strength'. His mortal body died and its essence resides in the Underworld with other like spirits. If you want to kill Hercules, just kill him, but don't do the half-stepping that is done in this issue. It's unnecessary as we all know that Zeus is going to enter the fray eventually. Aside of Apollo plaguing Regime Superman, which was cool, it's been a complete waste of the Greek Pantheon. Any lot of supervillains would have served in their place, so why use them if not effectively? Oh yes, Injustice.