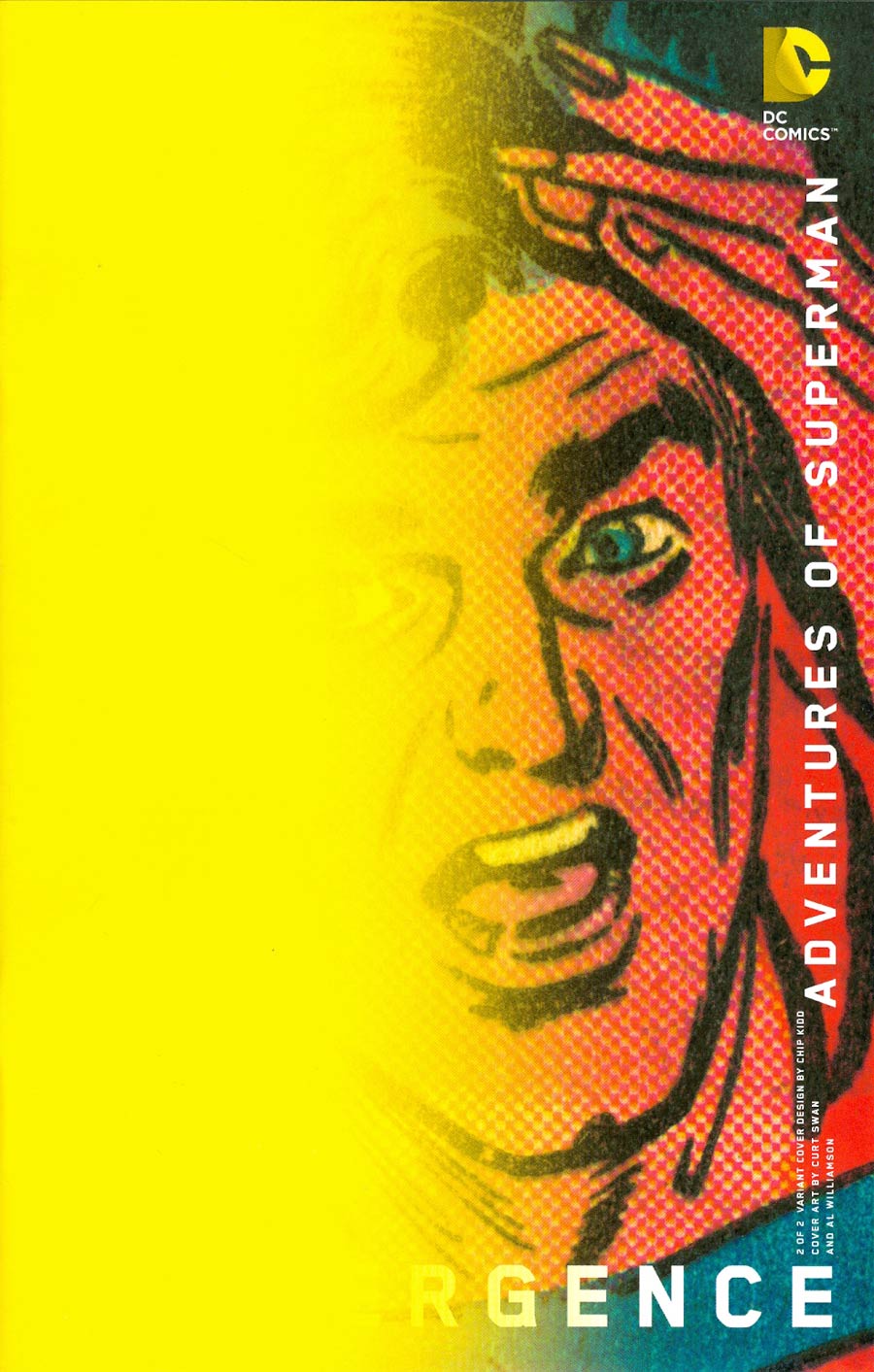 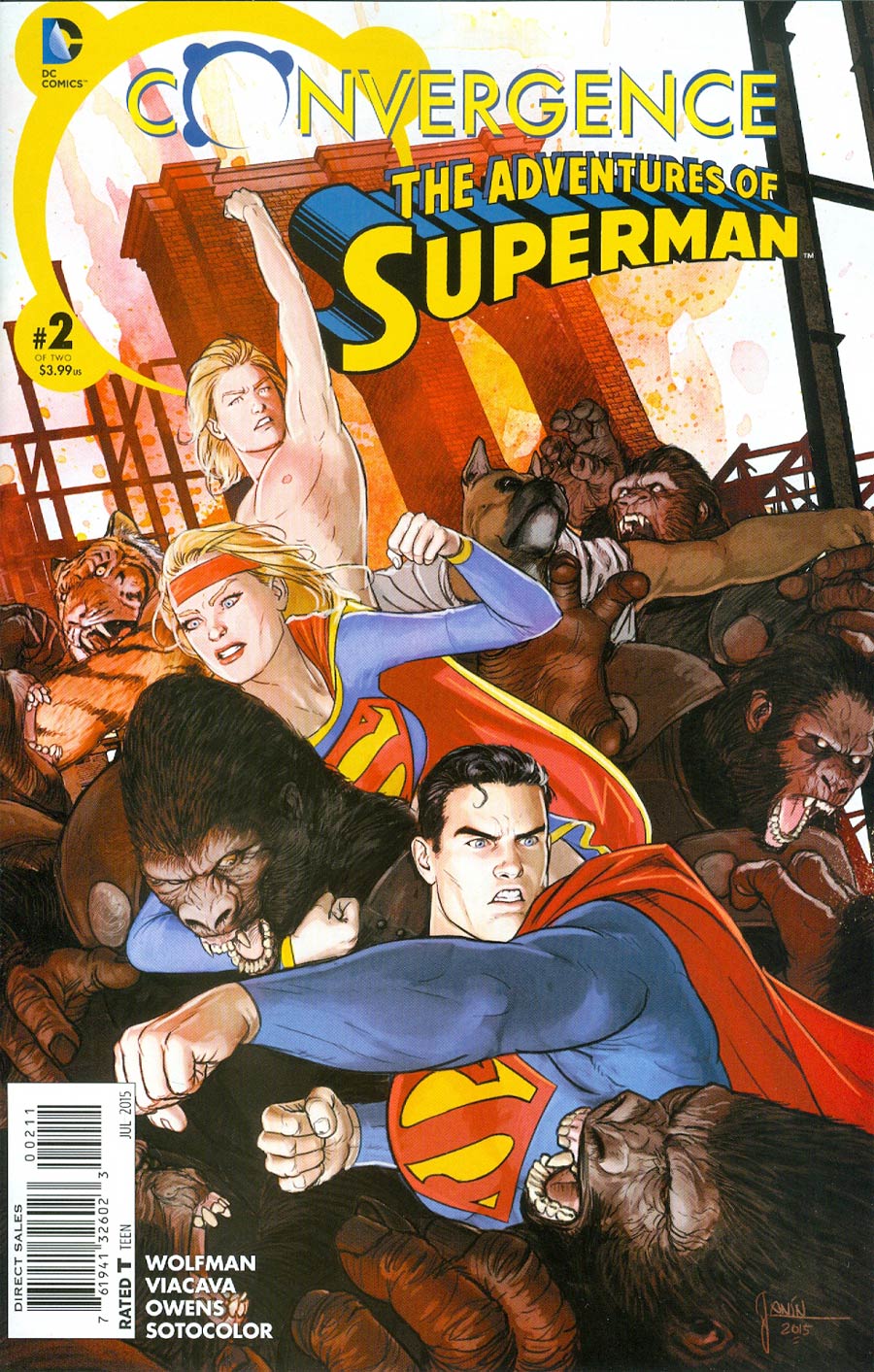 Click to enlarge
As Superman and Supergirl fight the Kryptonian criminals in the Phantom Zone, humanoid animal soldiers attack. Led by the gorilla General Symian, they intend to kill all humans and take over this world and possibly many others. Kamandi, the last boy on Earth waits for a plan and the right moment to stop the apes slaughtering innocent people. It seems all hope rests on Supergirl and Superman returning from the Phantom Zone.

Lucius Fox has re-opened the portal to his world for Kal-El and Kara in the Phantom Zone. The Man of Steel pushes his cousin into the rift to save her from the evil Kryptonians. However, knowing that Superman is needed, Supergirl grapples him through the inter-dimensional doorway. Unfortunately, both heroes return to find that their Convergence dome is now a war zone thanks to General Symian. Can they save this Earth from destruction, or will Supergirl and Superman be at the mercy of the animal troops?

Supergirl and Superman have saved Kamandi from General Symian. Yet, weapons fire gets the best of them, and the trio gets captured, which seems to be part of Superman's plan for the animal troops to take him, Supergirl and Kamandi to their ultimate weapon, a nuclear missile on which Superman is attached. The Man of Steel hurls the warhead to a location where it can do the least damage while the Girl of Tomorrow takes on gorilla troops. With General Symian defeated, Kamandi leaves Supergirl and Superman. Suddenly, an earthquake strikes. Feeling that the tremors are connected to Symian's siege, Superman and Supergirl are about to take on whoever has captured the numerous parallel worlds.

To be continued in Convergence #7.

Story - 4: It's a pity we don't see Marv Wolfman's name in more superhero comic books. I've always enjoyed his work in general, and this book is well written. The only major flaw is that the series overall seems to be trying to cram four issues of story into half that amount. I don't want to blame Wolfman for that as it could have been an editorial decision for the entire crossover to be tied up in the main Convergence comic. This chapter is still one of the better ones in that event, and I'd recommend it to anyone.

Art - 3: Considering how much I liked the art in the last issue, I'm surprised by how some pages seem to have been drawn in a hurry to make the book's deadline. It does make one feel like they are reading a comic from the past, but some images looked botched or done at the last minute.

Cover Art - 3: This cover, like the interior art, seems rushed. I expected more from Mikel Janin after last month's outing.