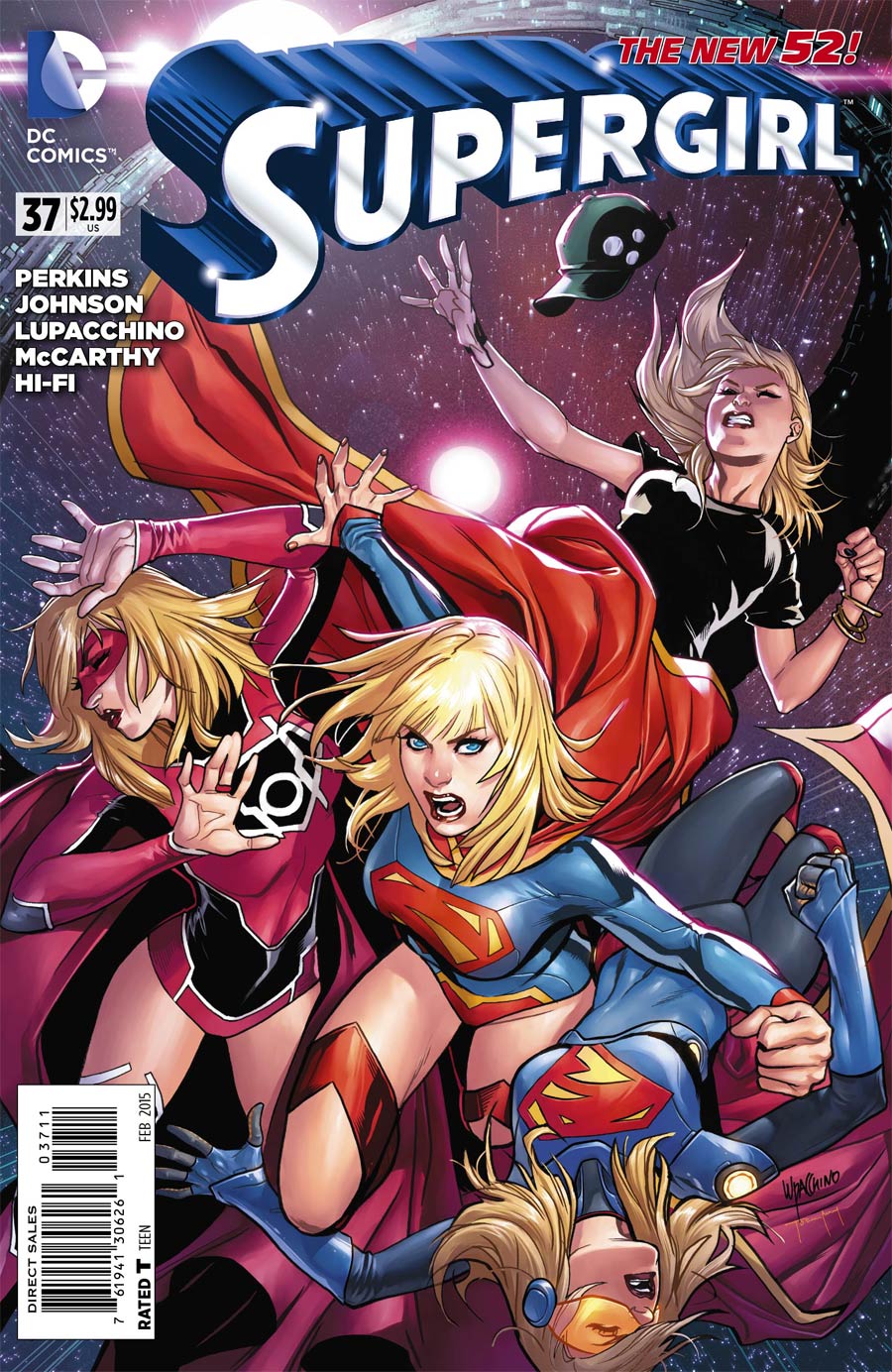 Click to enlarge
Kara Zor-El is acclimated well to live in Crucible. She's making friends with Maxima, Comet and Tsavo and studying various subjects from numerous worlds while learning about herself and her powers. However, things may be too good to be true. A civil war on Ngo, Tsavo's home planet, is at a critical stage. Crucible's High Council wants to send Maxima, Comet, Tsavo and Supergirl to combat the insurrection. Yet, Vice-Preceptor Korstus wants to use controversial cloning technology instead of Crucible's students, something the Preceptor disagrees with. The high council approves studying of Korstus' plan, which could involve Superboy to somehow insure Supergirl's cooperation. Meanwhile, the Maid of Might, Maxima, Comet and Tsavo are on Ngo, where they discover that Tsavo's parents, the king and queen, were attacked by Tsavo's older brother, who intends to take over Ngo and destroy Crucible.

Story - 5: Granted, much of what went on is fairly similar to what's been done in various versions of X-Men. However, there are some differences and plot threads that make me want to overlook all that. This second chapter moved at the speed of light, and it made me want to read more. At this point in the series, Supergirl continues to be one of the shining gems of all the New 52 titles. Over three years, and it still hasn't missed a beat for me. From Kara's interaction with the new supporting cast, to the revelation on this story's last page, this issue will not disappoint. I recommend it highly to anyone.

Art - 5: The artwork keeps getting better and better with every issue. This story arc is really showing off Emanuela Lupacchino's strengths as an artist.

Cover Art - 5: An awesome cover that made me extremely impatient to read the comic. It's well drawn and an exciting image that begs folks to buy this book.