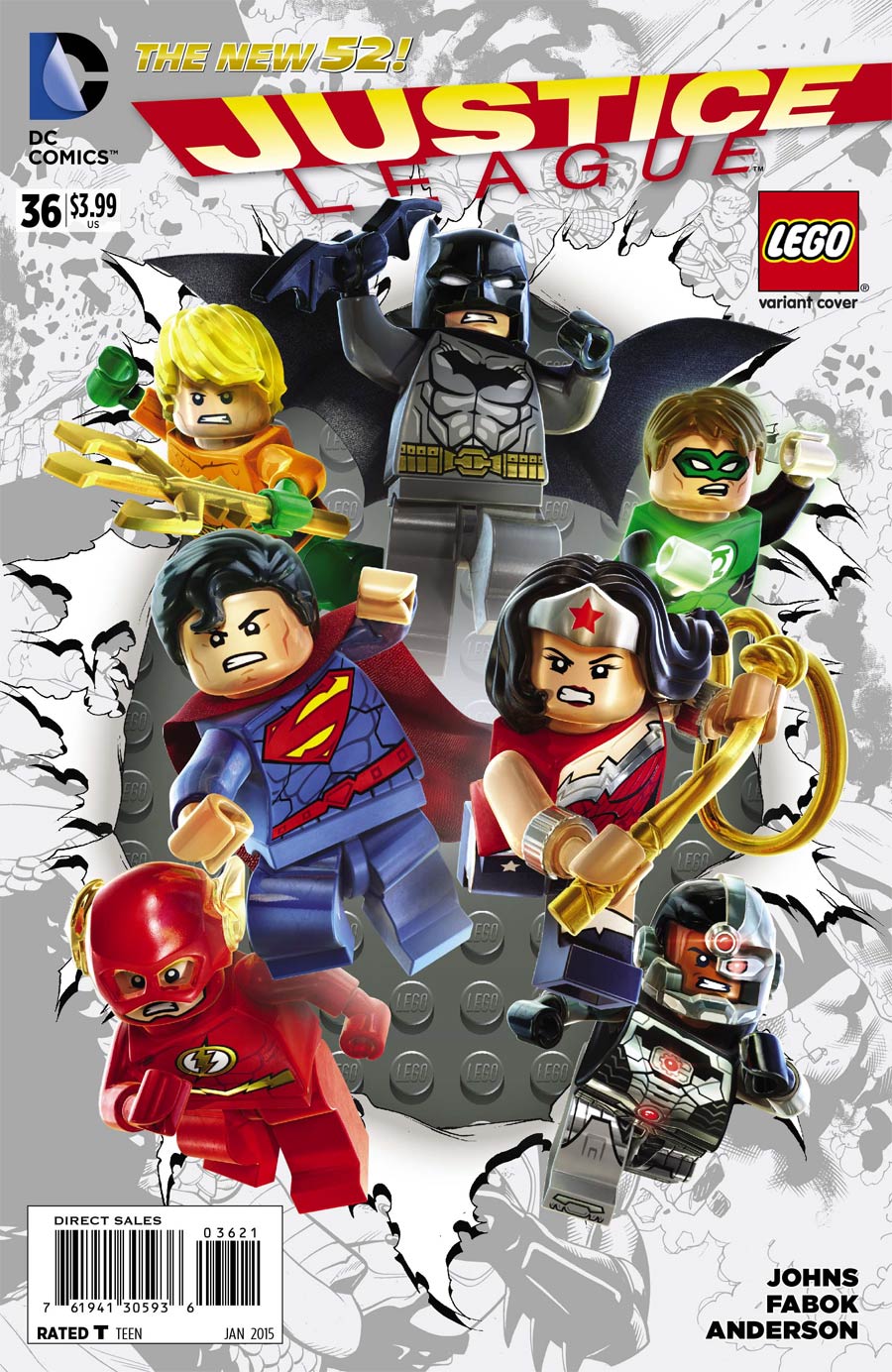 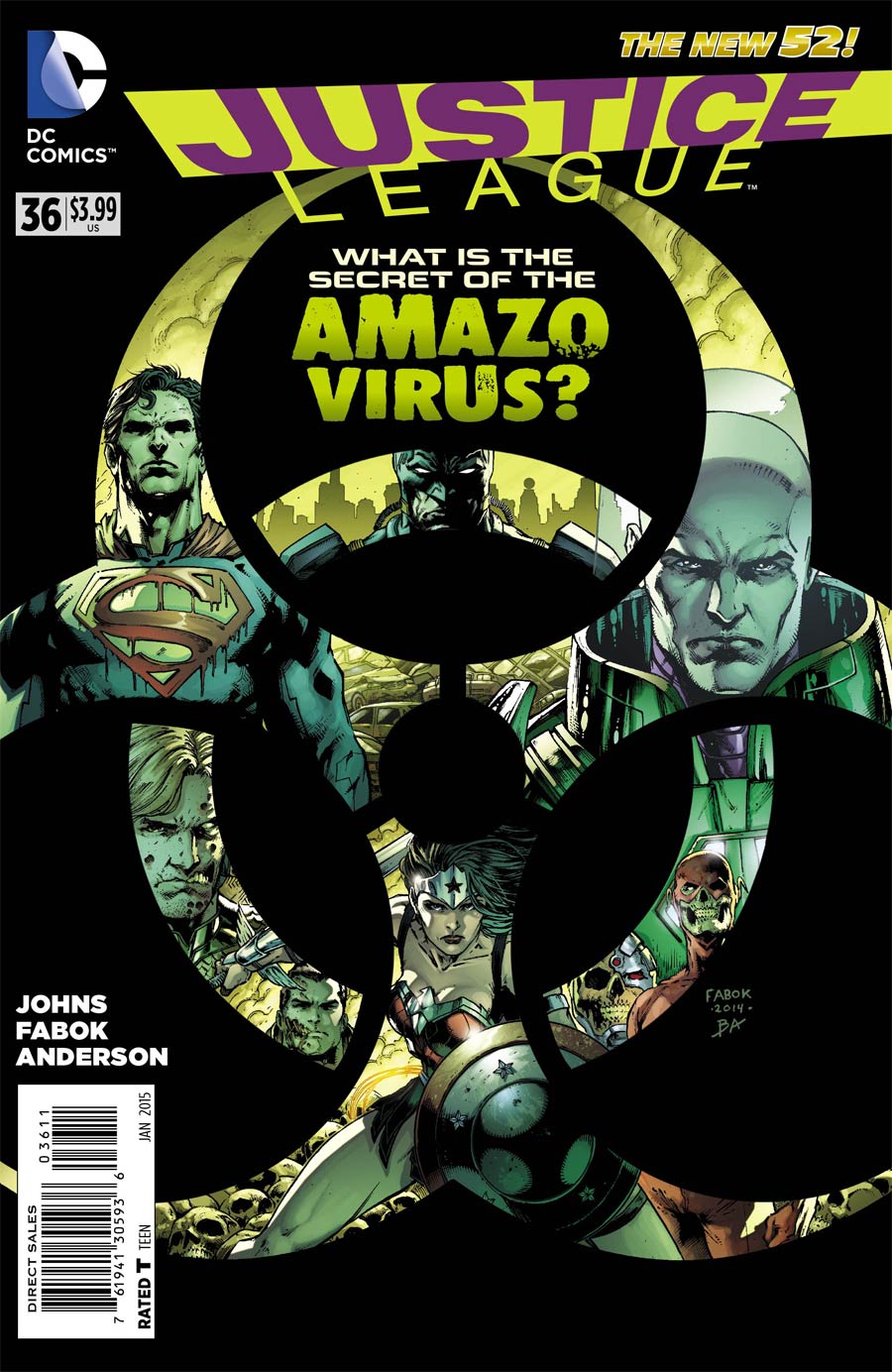 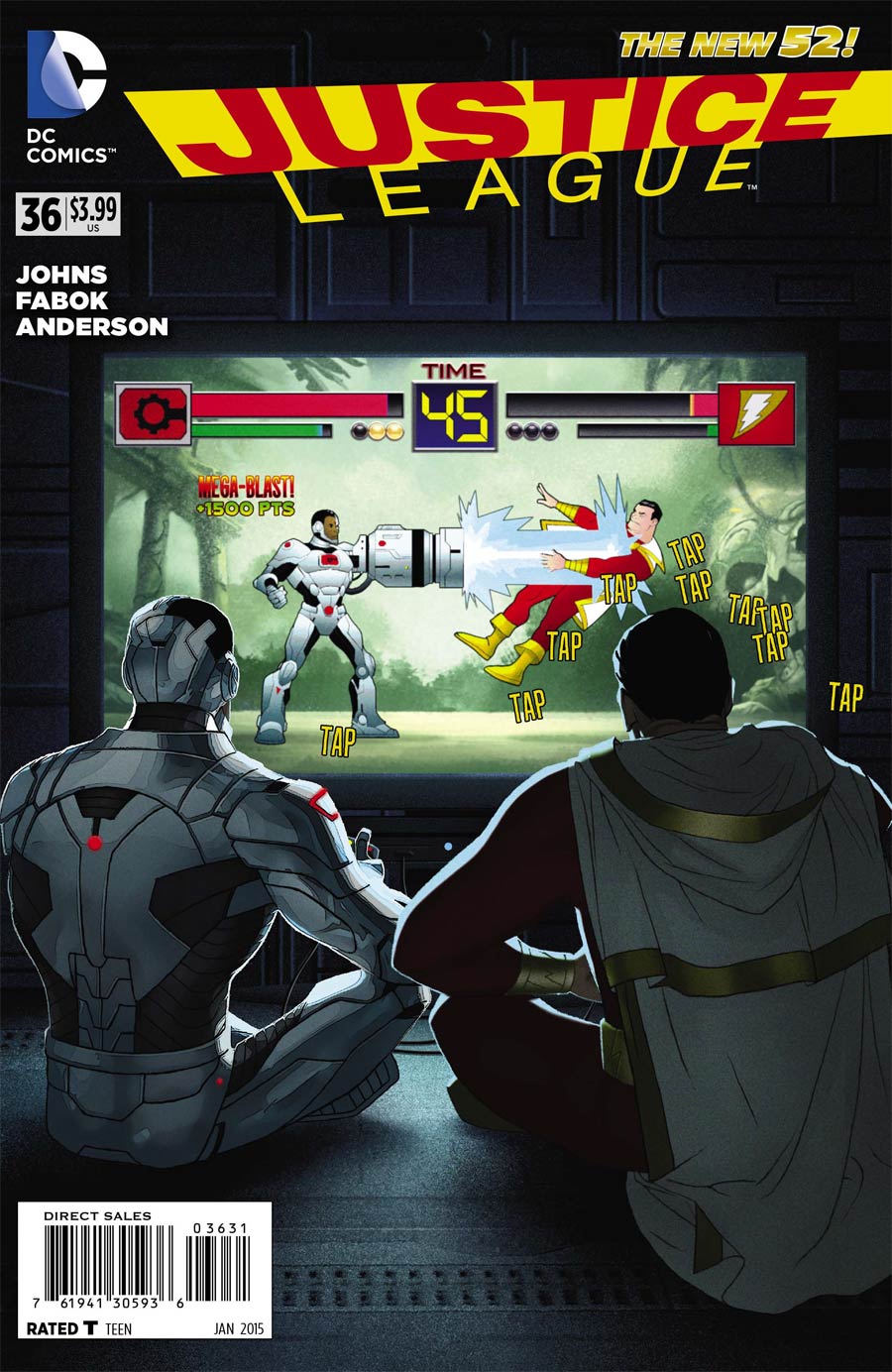 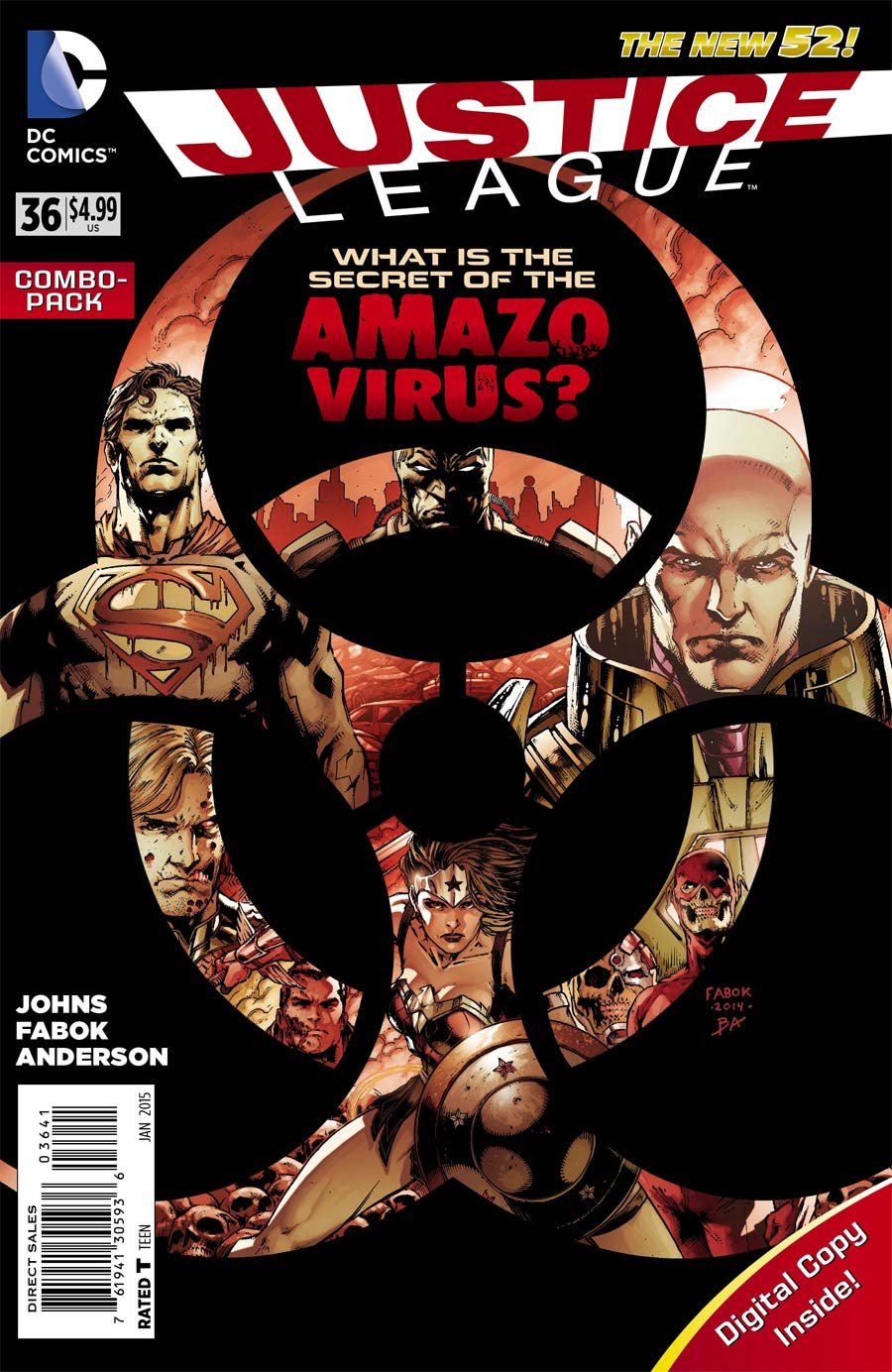 Lex Luthor's Amazo virus has infected citizens of Metropolis, granting them superhuman abilities, but a countdown towards their deaths as well. Superman and Batman contend with a trio of newly infected, and after solving that problem, continue on their hunt for "Patient Zero". The rest of the Justice League are left incapacitated by the virus and under Lex Luthor's care. Luthor tells Wonder Woman that he can create a cure for the virus, but he needs Patient Zero in order to do so. Batman and Superman's search finally proves fruitful, and they find Patient Zero, but the hulking mass that they discover retorts that he has found them.

Story - 4: Geoff Johns just doesn't hit like he used to. While the issue is a solid one, and without a doubt entertaining, worthy of the rating it receives, it's still hard to believe that this is a Johns story. It lacks imagination, creativity, the power that Johns' work can deliver when his application matches his talent. Instead we're given a generic virus story with a zombie at the end. Perhaps he's just pacing himself for Convergence, and this is better than average filler, but it's still filler. Part of the draw from recent events was seeing what the interaction and effect Luthor would have being on the team. None of what transpires necessitated Lex being made a Leaguer, and frankly, this tale will no doubt take time and light away from the more pressing questions of Luthor knowing Batman's identity, and Luthor having access to things like the Watchtower. It was also curious to see how Johns chose who would be affected by the virus. Flash and Cyborg make the best sense, but it's a wee dodgy to see Aquaman and Shazam laid up, while Batman is still up and about. Aquaman's Atlantean biology isn't quite human, though possibly human enough, but the abilities Shazam is endowed with should make him proof against diseases.

It was bitter sweet to see Batman and Superman interacting. On one hand, they work well with each other here, earning their moniker of World's Finest team with subtlety and no needed bombast on either hero's part. However, the adversarial nature of their relationship is palpable. They seem angry with each other and for no apparent reason. Superman questioning whether or not Batman should be there is a reasonable position, as Batman's mask has all ready been cracked, and now he and Superman are about to face off against Patient Zero, who looks quite super-powered. Batman's response is the knee-jerk, boilerplate retort that readers have grown to expect, but is it intelligent or wise? What exactly is he accomplishing by physically being there, that couldn't be done from a distance?

Art - 4: Most art tends to look better when the artist tends to their own inks, and Fabok's work is no exception. Very good stuff here.

Cover Art - 2: How does this stoke interest? The hazmat symbol takes away for the picture and that's never good.