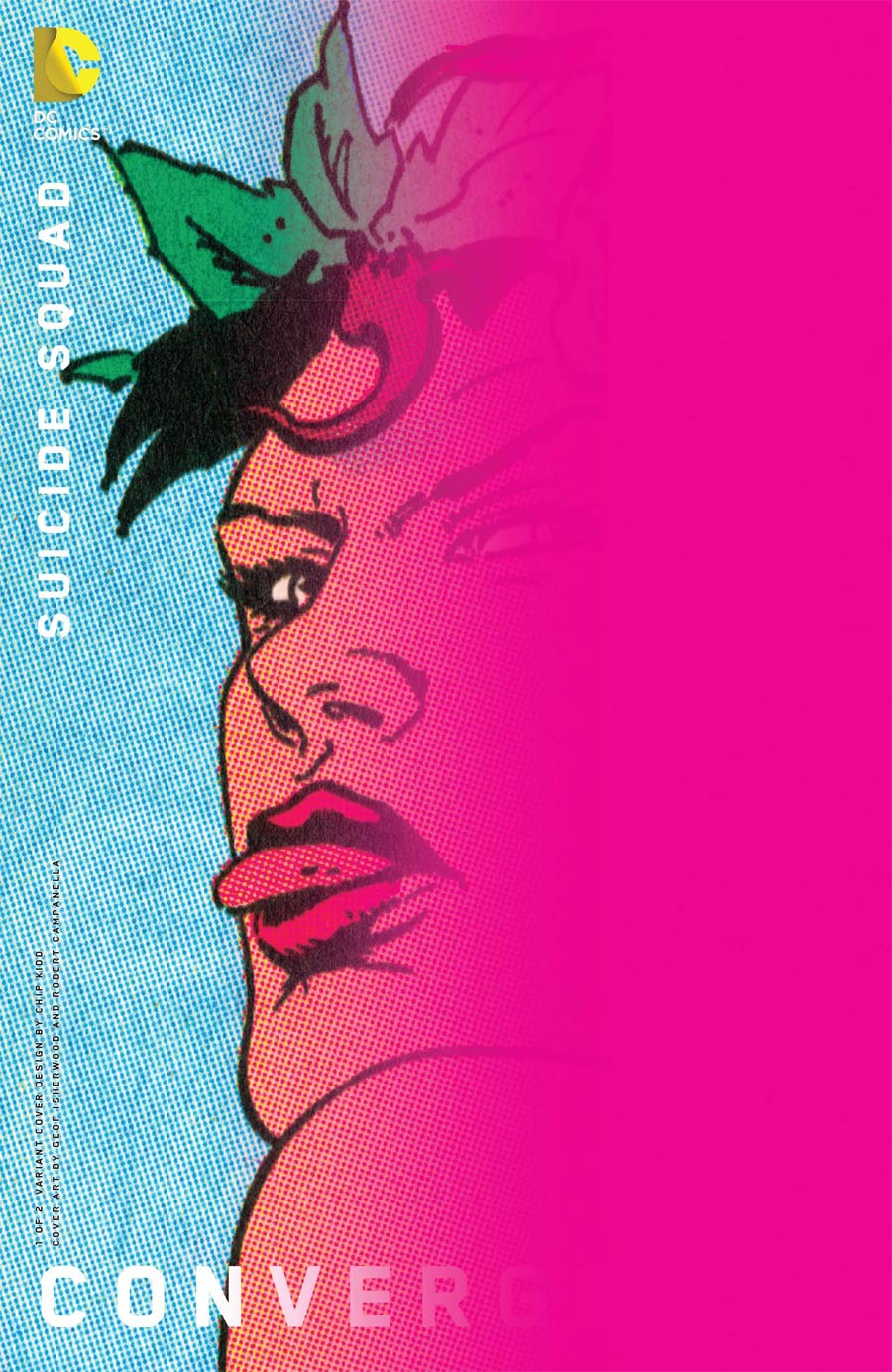 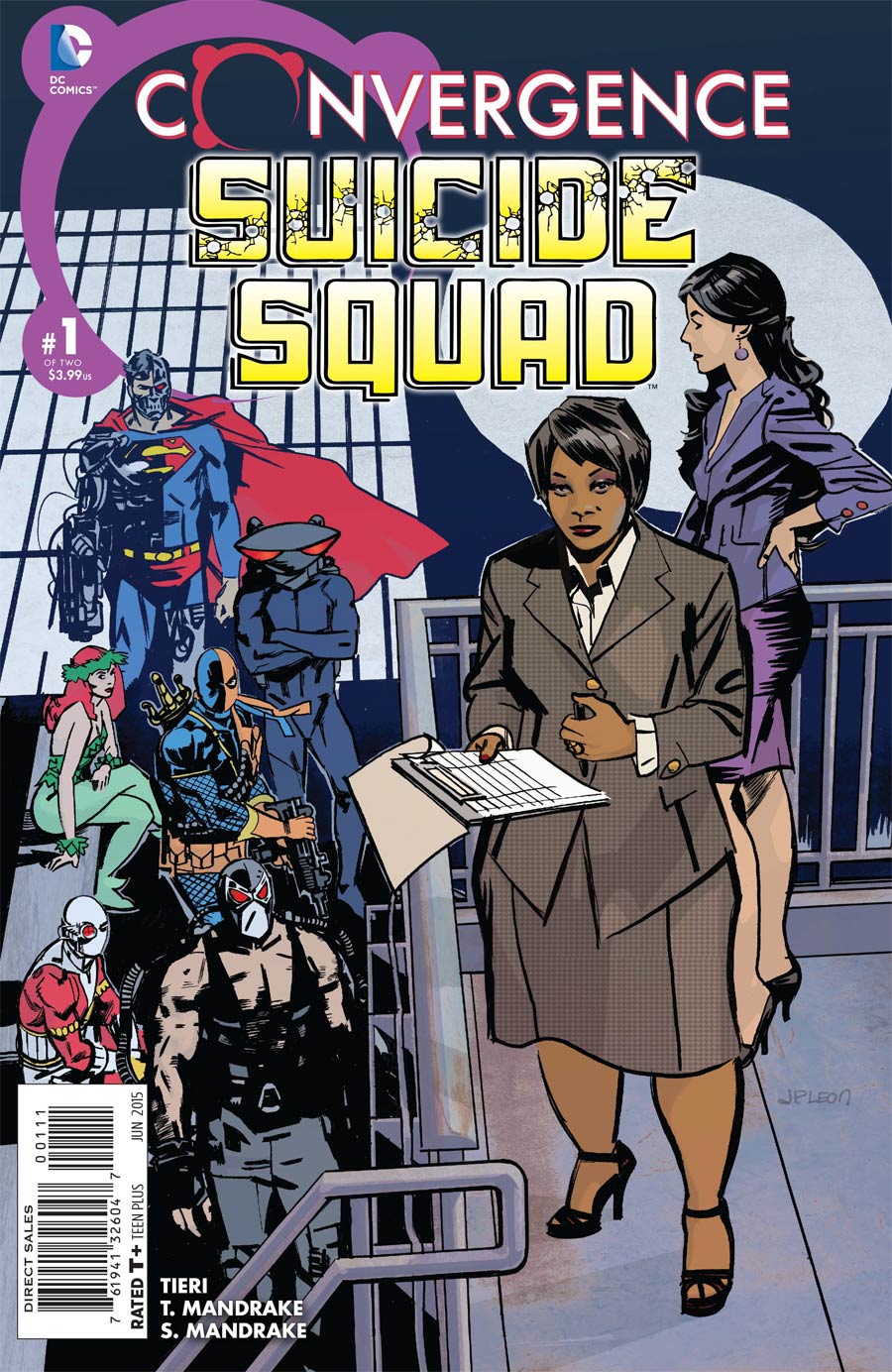 "When Kingdoms Fall" - Part One

Click to enlarge
Amanda Waller lies bleeding on the floor. Kingdom Come Green Lantern apologizes for 'things ending the way they have.' An unseen gunman admits to betraying her, pulls the trigger, and kills Waller.

Forty-eight hours earlier, Deadshot, Captain Boomerang, and Toyman talk business in a swanky restaurant. Since metahumans have lost their powers, the skilled adventurers such as Deadshot are in high demand. Toyman has a million dollars in a suitcase. It will belong to Deadshot and Boomerang if they kill Superman.

The dome falls. The metahumans are re-powered. The proverbial landscape has changed. Toyman reneges. Deadshot shoots Toyman in the head, and takes the money.

Amanda Waller, Barbara Gordon, and Carol Ferris begin reforming the Squad. General Lane calls Waller in. He gives her an assignment and villains to get the job done.

Amanda Waller, Oracle, Star Sapphire, Bane, Black Manta, Deathstroke, Count Vertigo, Deadshot, Poison Ivy, Captain Boomerang, Bronze Tiger, and Cyborg Superman must destroy Green Lantern's satellite 'New OA.' It is serving as their base of operations and must be taken out if Pre-Zero Hour's Metropolis is to achieve victory against Kingdom Come's Metropolis.

Oracle contacts Lex Luthor from Kingdom Come's Metropolis. He is willing to betray his city to help the Pre-Zero hour world. If he cannot rule his world, he'll watch it burn instead.

Story - 3: I was apprehensive when I originally heard about the two part Convergence tie-ins. Gone are the days when most stories are confined to one or two issues. Writers are used to stretching out their ideas into six part arcs. One structure is not inherently better than the other. But the fact remains, the typical modern writer does not have the chops to writer shorter stories. It is why most anthologies, back up stories, and team-up books fail. Writers are forced to condense their storytelling, after years of honing a more decompressed style.

This issue is a prime example of a writer's inability to meet the dueling demands of a single issue that is concluded in the next issue. The story must be satisfying unto itself and seamlessly connect to the next equally self-sustaining issue. That is the ideal model anyway.

When a writer has six issues to work with, they are forced to come up with multiple ideas and plot points. When they are constricted to two issues, they tend to come up with a single idea. Sometimes, they tell the story, cut it in half, and presto! Two-part story. Other times, they tell the bulk of the story in the second issue, then go back and predictably set up the pieces during the first issue. This comic is an example of the latter example.

Again, I am not supporting the drawn out, decompressed method of comic book storytelling. I am merely pointing out the perils of mandating that forty separate stories all fit the same exact two part structure. (Especially when the talent pool you are drawing from is not ideally suited to fulfill the commission).

The opening, two-page teaser is a good hook. The closing reveal of KC Lex switching sides is nice twist. But the deal gone wrong between Toyman and Deadshot/Boomer shines the brightest. It addresses many things fans have wondered about. How people survive with a limited food supply, the rise in crime, and how the loss of metahuman powers has effected the hero/villain community. I even like the premise. The Suicide Squad has to take out GL's emerald satellite. It makes great strategic sense, and is a perfect job for the Squad.

Unfortunately, the rest of the book just fills pages to get us to the next issue. Obviously, character and plot must be introduced, but Tieri uses a whopping ten pages on character introductions and pointless conversations. He could have cut four pages without missing a beat. Use those pages to add to the meat of the story, and this book is infinitely better.

Art - 2: Tom Mandrake has a scratchy, unfinished look that has never appealed to me. His faces are ugly, and not isn a charming way like Tim Sale or Frank Quietly. His perspective is off at times. He uses a lot of crosshatching, which may be his biggest problem. The extra lines clutter an already dark and heavy rendering. He adds so many shadows that they do not always line up with light sources. Simply put, his art is unappealing. To be fair, after repeated viewings, it grew on me. But only to a degree.

The artist is far better, when he tightens and cleans up his lines. "Simpler, lighter, and cleaner," should be his motto. There were about five pages toward the end, that looked pretty good. Unfortunately, he is all too inconsistent in this regard.

Cover Art - 4: I like the cover. Clean lines. Good job on the coloring.

If you look closely, Cyborg Superman seems to be missing a leg. (To be fair, this could be intentional - it's his cybernetic leg). Ivy and Deadshot look like they're waiting on a bus.

But Leon renders each character well. I like the shadow of prison bars cast in the background. Nice touch. It reminds us who these guys are, and why they're on the team.