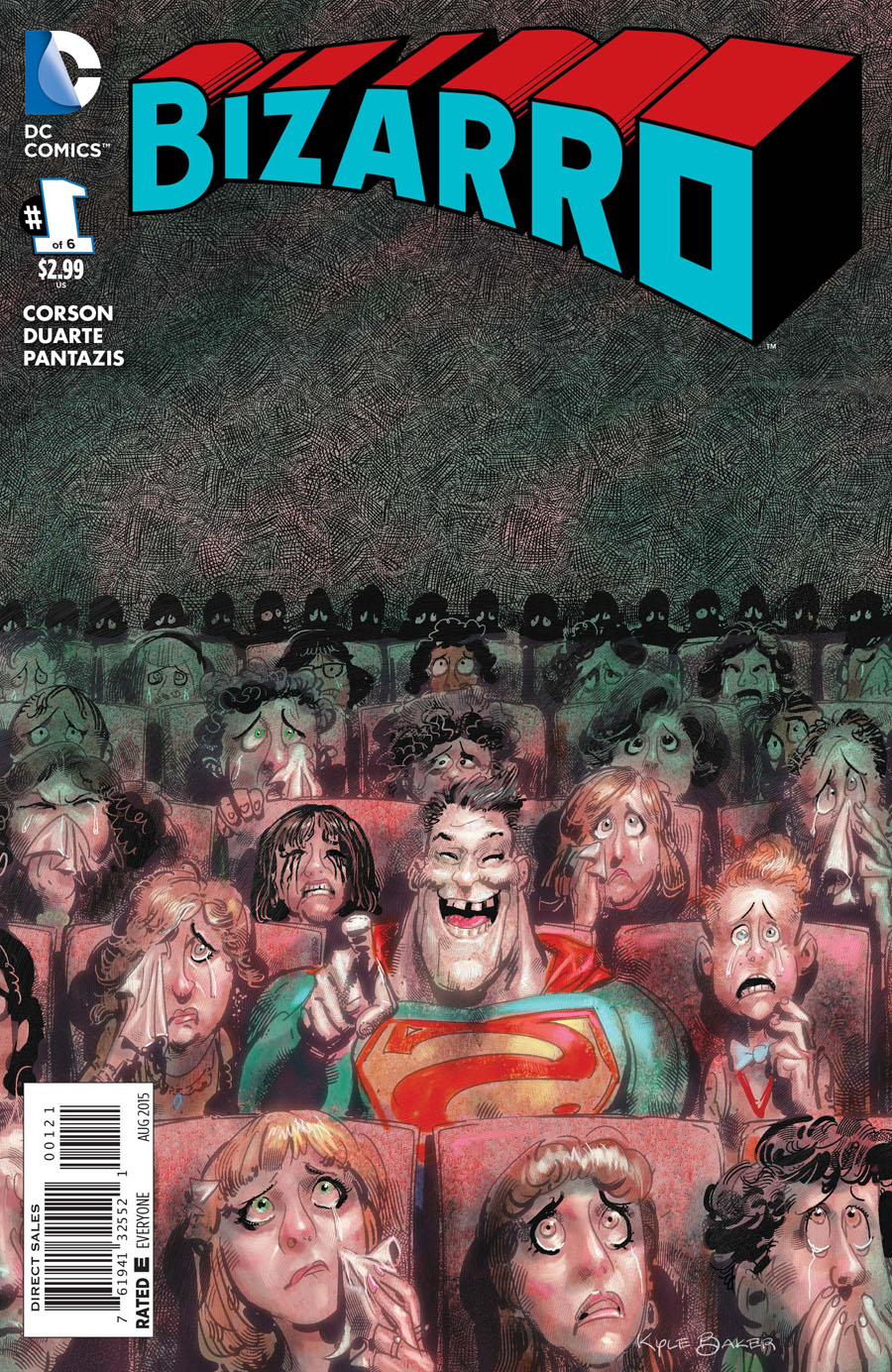 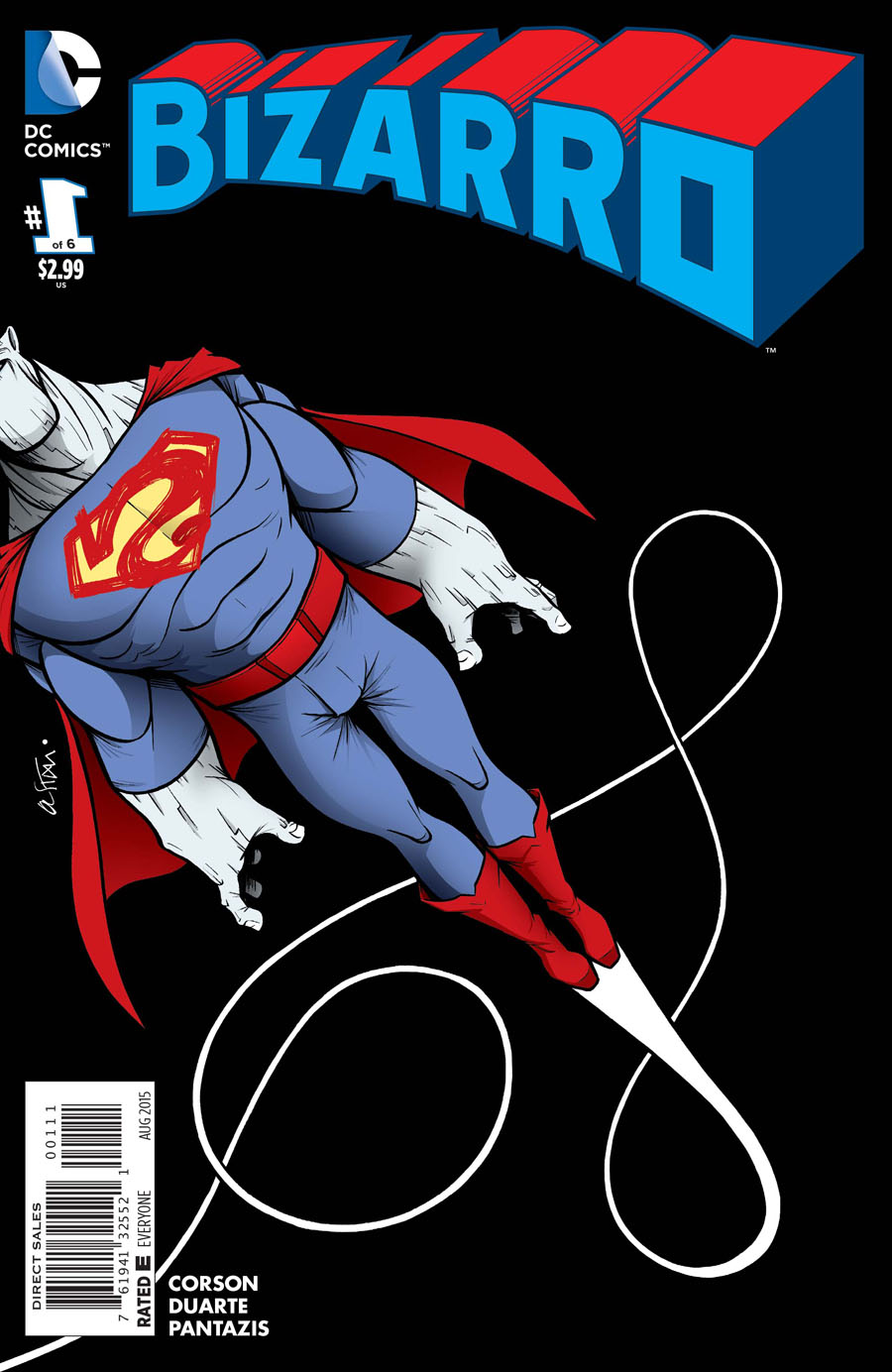 Click to enlarge
Jimmy Olsen falls into a surreal partnership with Bizarro, after Clark Kent jokes that were to on a road trip with Bizarro, it would make a good coffee table book. Jimmy fantasizes about the wealth and women that such an endeavor would produce, and thus begins the escapade. Bizarro's use of the car radio causes the car to crash, and in seeking out new transport, they run afoul of Regis Tutle, "King Tut," who owns a "slightly used" car lot. Regis is at odds with his daughter, Regina, and when she decides that she'd rather follow her dreams of making artisanal chocolate, Regis implores the ancient Egyptian gods to empower him. Somehow, Regis's prayers are heard, and with his new abilities, he beguiles his daughter and the whole town to heed his commands. Everyone is hopelessly possessed... except Bizarro.

Story - 3: Bizarro, as concept, naturally invites wit and humor. However, the aforesaid shouldn't be at the expense of the story, which happens too often in this overture of the series. Much of what occurs has to be taken lightly, and there is the need to suspend the disbelief of suspending disbelief, but that done, humor aside, leaves only the worth of the story. There's literally too much going on, too much of a staccato overture, for the issue to be fully enjoyed. If the premiss of Bizzaro is a road trip between Jimmy and Bizarro, it would serve the story better to allow the two more time to establish their nascent relationship, before throwing in seven additional characters. It they actually are trying to get to Canada, putting them in Smallville seems strange geographically, and foments confusion on the part of the reader. Any nondescript town of the author's making would suffice, but the decision to remind the reader of Bizarro's connection to Superman through Jimmy, and even Clark's four panel appearance, don't seem to be enough.

While I'm happy that DC has decided to pursue more humor in the form of books like Bizarro and Bat-Mite, it also seems that since humor has been off the table for so long, it isn't something that is readily produced. Greg Pak's serving of Bizarro in Action Comics #40, for contrast, was a wild, fun ride, but it could be followed and was a rewarding read thanks to a story that wove together the literal and the surreal. Hopefully, Corson can get it right before the dreaded issue three, as I would really enjoy some fun and few laughs in the DC Universe again.

Art - 3: Not sure what they're going for here. I'll know by next issue.