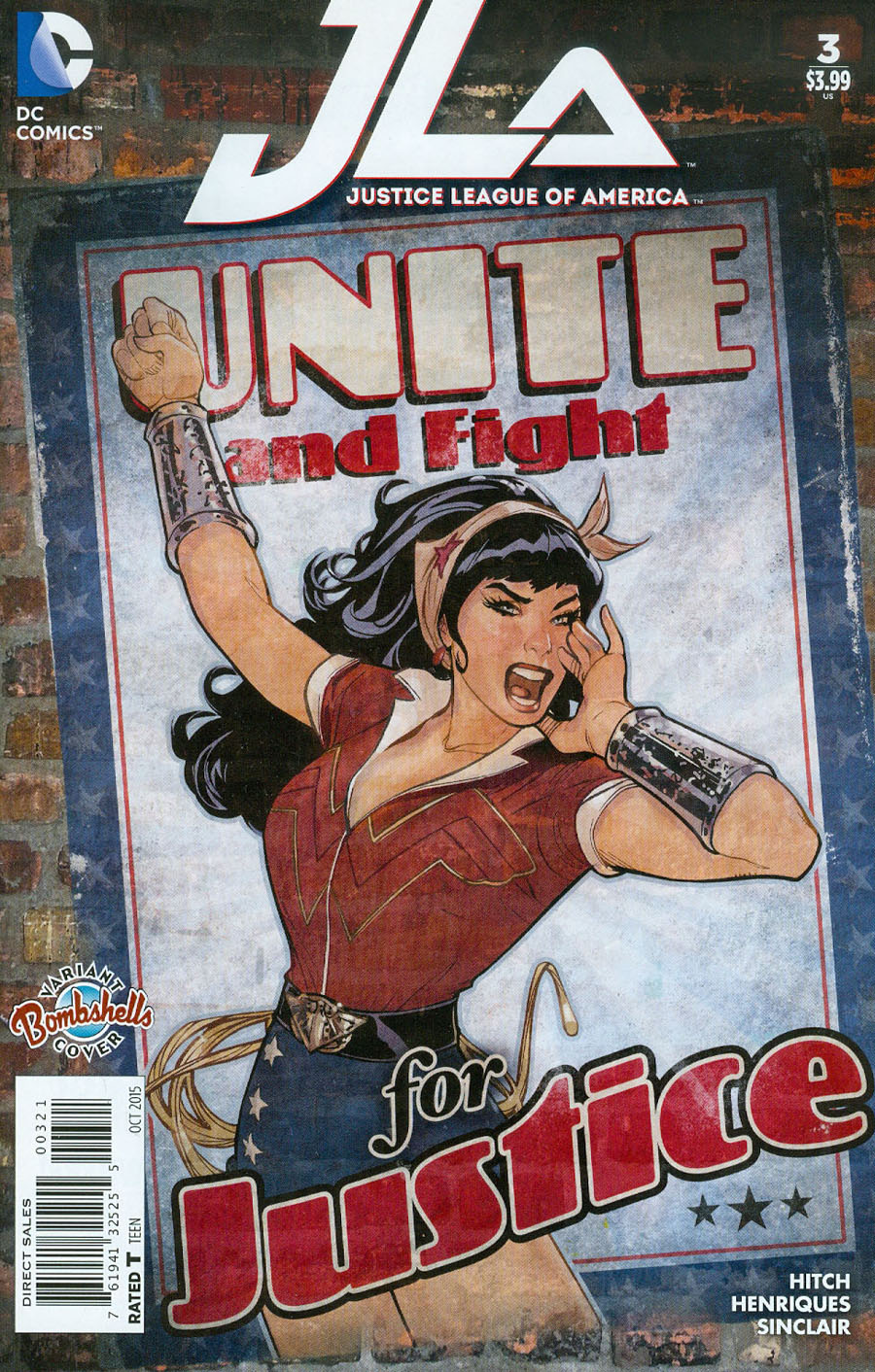 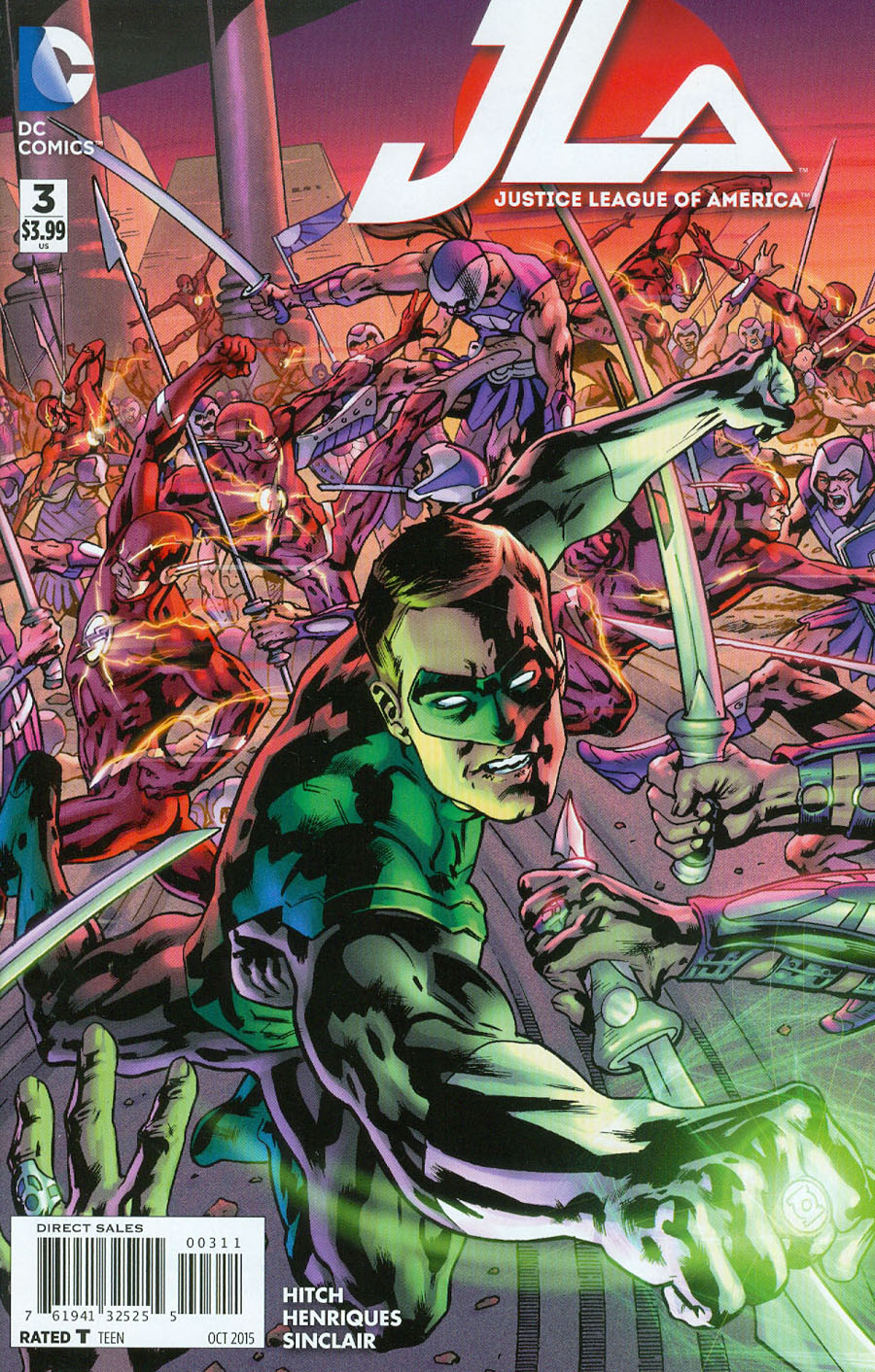 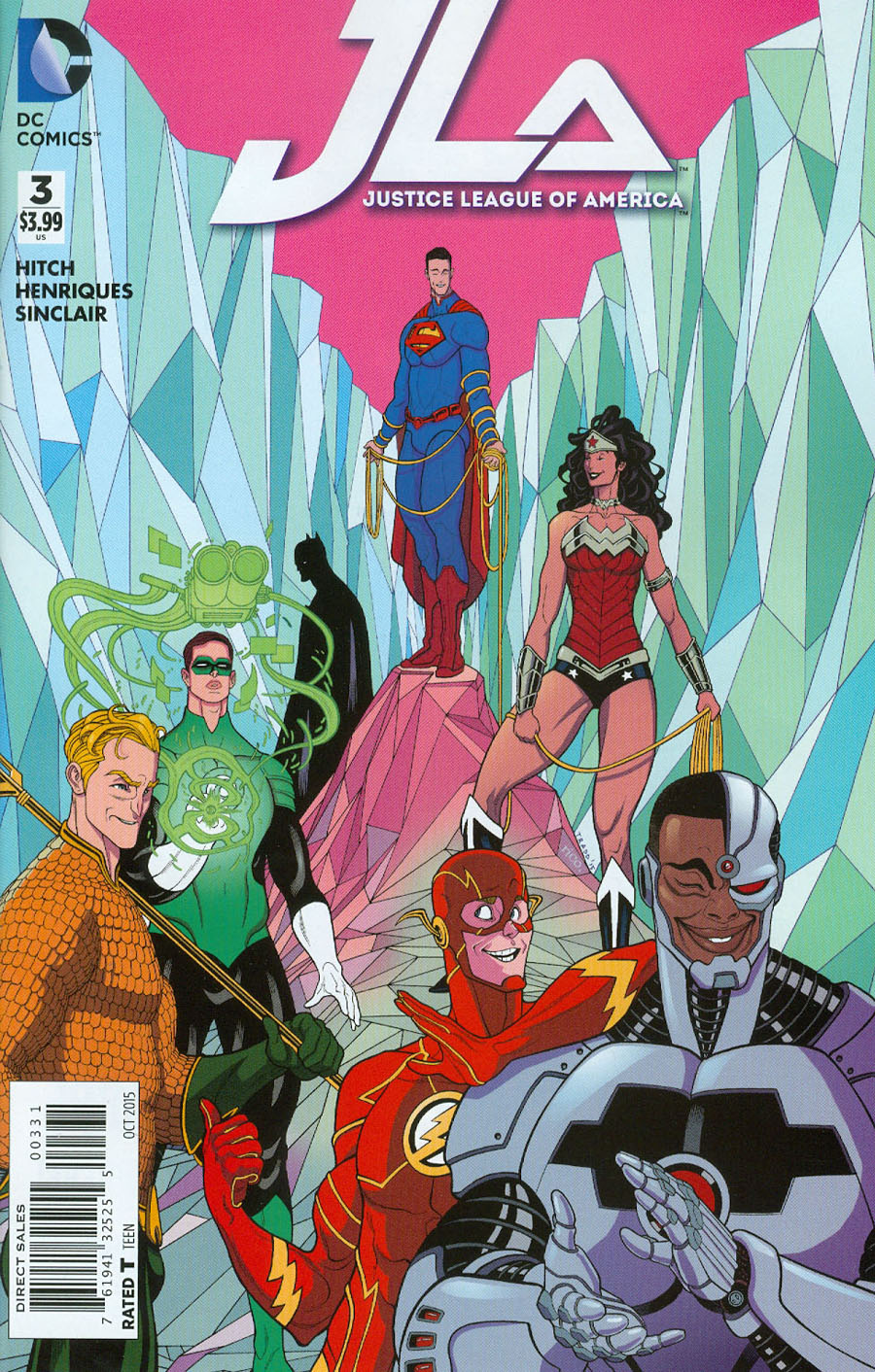 The Flash and Green Lantern arrive on an unknown world in the middle of a battle between two sides dressed in attire form the Iliad. Despite the planets heavier gravity, the Flash is able to create a barrier and allow Green Lantern to recharge his ring. Lantern repulses the fighters, but Flash disappears once he does so. Lantern discovers he's on Krypton, circa 250,000 years before Superman was sent to Earth. Unable to connect to Oa or gain any information from his ring, Lantern is about to leave, when he's stopped by the no longer fighting Kryptonians. They offer him the chance to talk to their leader, "The great god, Rao." Wonder Woman finds herself stranded on Olympus, which has been wrecked and abandoned by the gods. She speaks to an "oraculum," but like Green Lantern, is given no information that aids her. Rao is busy spreading his word through miracles across the planet, at a speed that has the leaders of the world worried. They consider asking Rao to desist until they can sort things out, but Rao appears and tells them that he will not stop until his work is done, even if he must be more vigorous to do so. The Batman meets with Superman, and questions how easily Superman made Rao acceptable to the world. He moralizes, then leaves Superman to ponder his decisions, as the Flash returns back from his space and time trek, no worse for wear.

Story - 3: There's a plethora of retread ground in this issue, which doesn't make the story insolvent by any means, but it is still a twice-told tale in some areas. The "alien" or "god" that comes to Earth, and is too good to be true has been done before outside of the Justice League of America, but within it as well. A Kryptonian god makes the story reminiscent of "One World under Gog" where the Kingdom Come Superman faced off against a Third World god, who also came and spread miracles about Africa. These types of tales usually end the same way, with no god/hero/alien/One able to aid humanity in its problems as they either want our free will... or to eat us. The dialogue between Batman and Superman is yet another placard reminding the reader that Superman is a trusting, naive fool, who doesn't think and needs Batman to jumpstart what little gray-matter he has. New 52 Superman has had some dealings with aliens and gods by this time, and even without the Batman's reminder that he's an idiot, he should definitely be in mode to verify everything he can about Rao, before letting him on to his own devices with the Earth. Typically these stories play out the same way, but there is enough here in terms of nuance, that may allow for an ending that is divergent and simultaneously satisfying.

The greatest thing that stories like this reminds me of, is not that gods, aliens, and heroes cannot solve our problems, it's that we are not going to solve them either. We're too distrustful of any outside agency to truly care enough about our welfare, that if help did arrive from the stars, we'd probably decapitate the entity and put its head on a tower. That distrust is analogous to the lack of faith too many have in their fellow man, a distrust that has been earned countless times over, keeping the situation cyclical and ironic. We need to trust others and to have faith in people to be bigger and better than the "flawed" constructs some would project humanity to be, yet who in their right mind would trust anything that promotes itself as flawed? It will be interesting to see if Hitch's Justice League of America has any ideas on answering the aforesaid quandary.

Art - 3: Hitch is hit or miss in this issue, rendering an appropriately sleek Flash and Green Lantern, while a deceptively familiar yet alien Krypton. However, Superman and Batman look clunky, with cumbersome boots that dispel the belief they can move, let alone leap or fly. Wonder Woman's visage on pondering, momentarily, her consignment to an abandoned Olympus works well, but Olympus itself is prosaic, even with its destruction. Rao and his acolytes of changing complexion, appear downy even when they should have a more imperiling look. It's not quite feast, but definitely not famine.

Cover Art - 4: Much too busy in the background, but fortunately, it doesn't shake interest away from the principal.