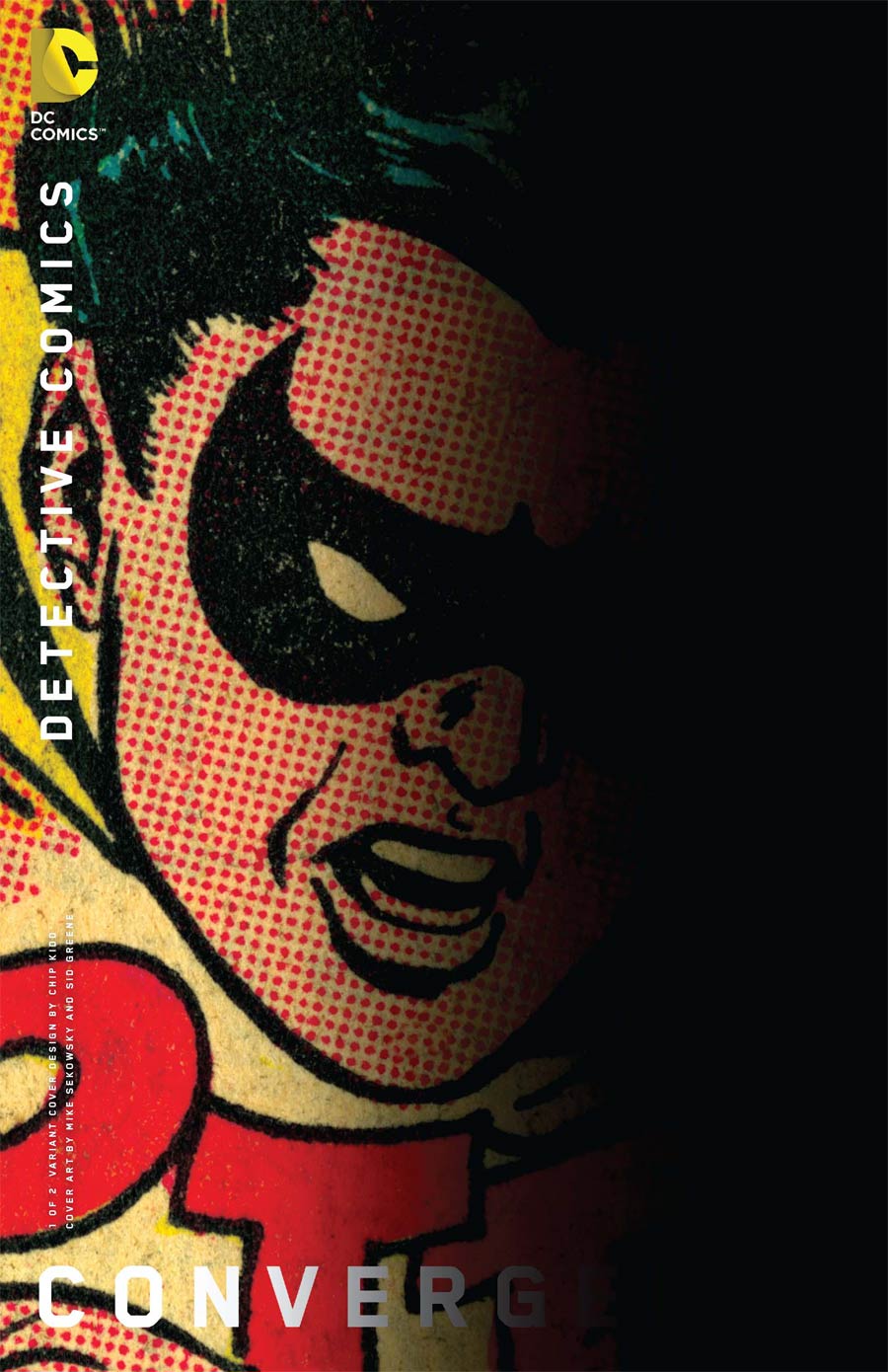 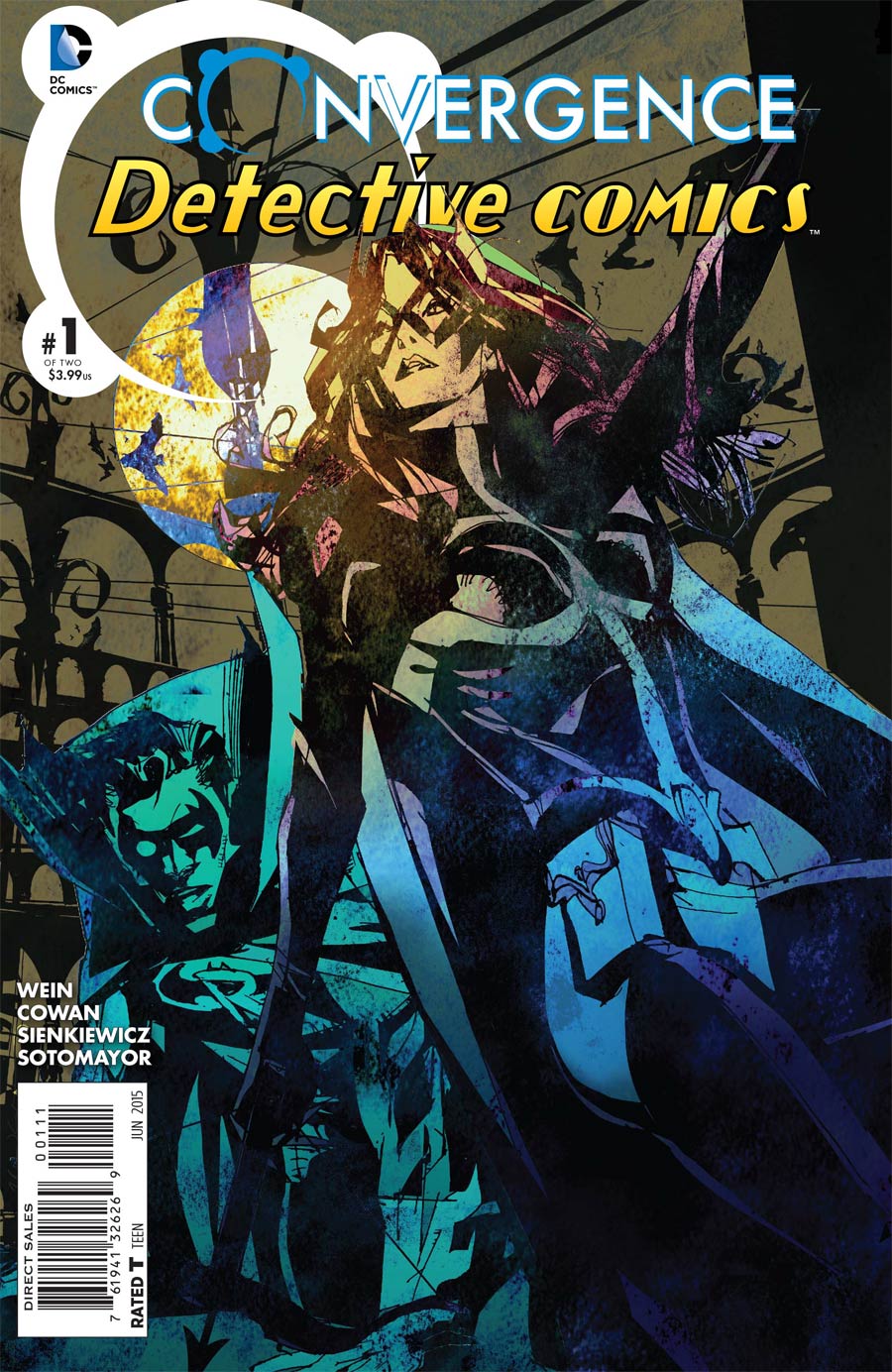 Click to enlarge
On Earth-30, 'Red Son' Superman flies over Moscow, Russia, patrolling over his people, until suddenly the dome encompasses his city and he falls, drained of power. On Earth-2, Robin and Huntress drive to Metropolis during a Crisis to meet the JSA. Upon their arrival, the dome falls on them as well.

Four months later, Superman notes that the propaganda road show he has been performing is no longer working as people will soon figure out that he's powerless. Elsewhere, in Metropolis, Dick Grayson and Helena Wayne have been held up in one of Batman's Batcaves underneath Metropolis where Helena continues to encourage Dick to take up the mantle of Batman as that's what her father would have wanted until they are given a mission and drive off into the night.

Four months later still, Superman motivates his people in an attempt to boost morale. After his riveting speech, he flies away using a flying harness to conceal that he has no powers under the dome. Meanwhile in Metropolis, Robin and Huntress face off against the Toyman! As four more months pass in Moscow, Superman, in a civilian disguise, roams the streets. Just as he is outed by some kids as Superman (and the people swarm to him), Telos airs his "kill or be killed" message. As Superman prepares to do his duty, Robin and Huntress do the same as their Batmobile is transported to Moscow, where Superman is waiting.

As they meet Superman, he asks the dynamic duo to step out of their vehicle and discuss their situation, but Huntress launches two missiles at him instead. When the dust settles, Robin apologizes and he and Superman make peace, until Huntress leaves the scene and Superman has to chase after her, leaving Huntress to detonate the Batmobile with her still inside.

Story - 4: I was very happy with this Convergence issue of Detective Comics! It was very cool to see Red Son Superman in a new adventure and I was happy to see some old faces from Pre-Crisis Earth-2! I really enjoyed the characterization of Red Sun Superman. Although this Superman is different than most, he still is very Superman-ish, to the point where I really hope he can save his world and his people! On the other hand, I wasn't as happy with the Huntress... Earth-2 Huntress, the original Huntress, was always different than the Post-Crisis version of the character in that she held more to her father's beliefs and views on crimefighting and strictly opposed killing (she even mentioned that she did in the issue when Telos first made the announcement). The New 52 version is a lot like this as well. Only this time, Helena actually attempted to kill Superman not once, but twice in the span of about two pages! I don't know, it seemed very out of character to me, but to be fair I haven't been forced to fight for the survival of my world...

Honestly, this is a pretty straight forward issue. I hope that Huntress' actions don't cause Superman to turn on Robin as I hope they can work together, and on that note I'd really like to see Dick become the new Batman of Earth-2 in order that he and Superman can work together to help stop Telos as the World's Finest Superheroes. I'm not entirely sure where this story is going to go, but I am definitely interested to find out!

Also, I'm so glad they mentioned how idiotic Robin's Earth-2 costume looks and that he is too old to be calling himself Robin still. It's something that needed to be said back in the 70s so I'm glad it's being said now!

Art - 4: I liked it. I really liked the artwork on Superman's uniform and on the Batmobile especially.

Cover Art - 3: I really like how Huntress is drawn here but Robin seems out of place, also no Superman so that's kind of a bust.

Variant Cover Art - 2: I just don't like these covers... Like what I said during my Convergence: Superman - The Man of Steel review, it just seems sloppy to me. Could've come up with something much cooler looking.