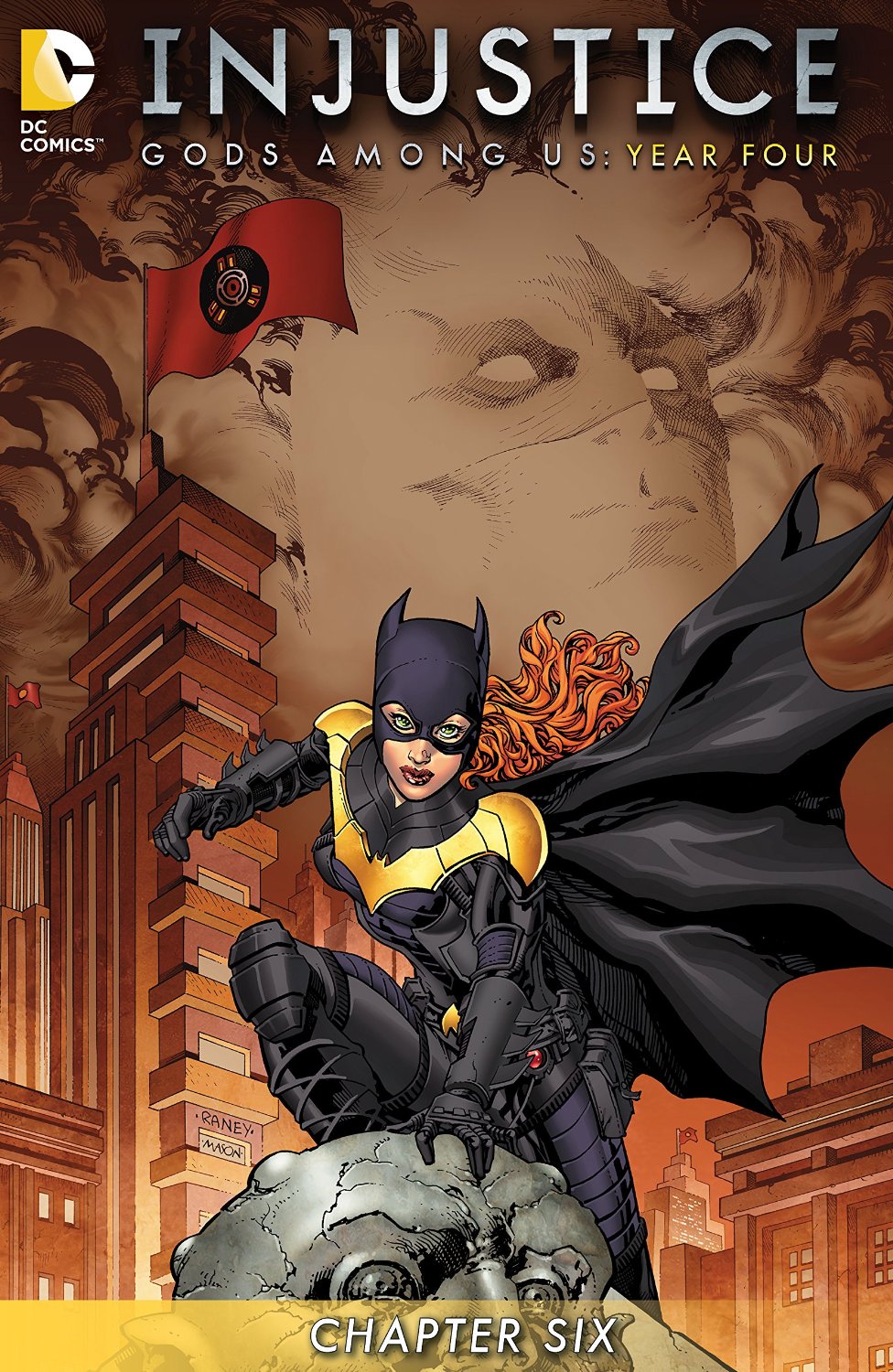 Click to enlarge
Robin demolishes a Mook Jong, in an effort to relive his frustration with recent events. Cyborg and Flash attempt to talk to him, but the conversation goes poorly. The Hall of Justice is the scene of a stand-off between the Justice League and the Amazonian army. Wonder Woman orders the Amazons to stand down, but lead by Artemis, they defy her commands. Hermes declares the League outnumbered, but the League is bolstered by their troops on super-pills. The Batman arrives to take his position as the leader of the strike, telling Regime Superman, in defiance of Regime's warning, that "it's not over".

Story - 2: There's very little to go on for this instalment. In all actuality, there's nothing to go on. Chapter #6 doesn't move a reader any distance from where he was last week, and in the space of three weeks, Batman is back, to face Regime Superman once more. The big scene with Montoya's death loses its significance with such a heedless rush back into the fray. It should be obvious to the Batman, by now, that he cannot win a direct or indirect confrontation with Regime Superman. He should be seeking another alternative, a way to have the people of the world on his side in addition, but instead, it's another fist-fight waiting to happen... with the outcome all but certain.

Injustice does a flimsy job of suspending disbelief overall, but the notion that the Justice League of America would seriously be tested by the Insurgency loses credibility with every loss the Insurgency sustains. This is the League. They've turned back threats much greater than what the Insurgency poses, and without the help of those he has assembled. It becomes moronic dance of redundancy, with the wonder of why hasn't the League wrapped this up yet? Feelings aside, Batman's never going to stop coming back, so why just be done with him, or at the very least remove what little support he has? Batman's secret identity was exposed, which should have cut off his greatest super-power i.e. his cash-flow, so why not press him until he's out of resources to battle with? There are a number of avenues to take in this test of legends, other than the one that's been worn through overuse.

Why are they still wearing masks and outfits? What is the point of them being seen in such a manner, when secret identities are exposed, and the hero who made plausible, Superman, is a murderer? This lot is well past wish-fulfilment and symbolism, which makes the clinging to what makes them easily identified such a transparent lack of creativity in terms of story. Does anyone care about Billy Batson?