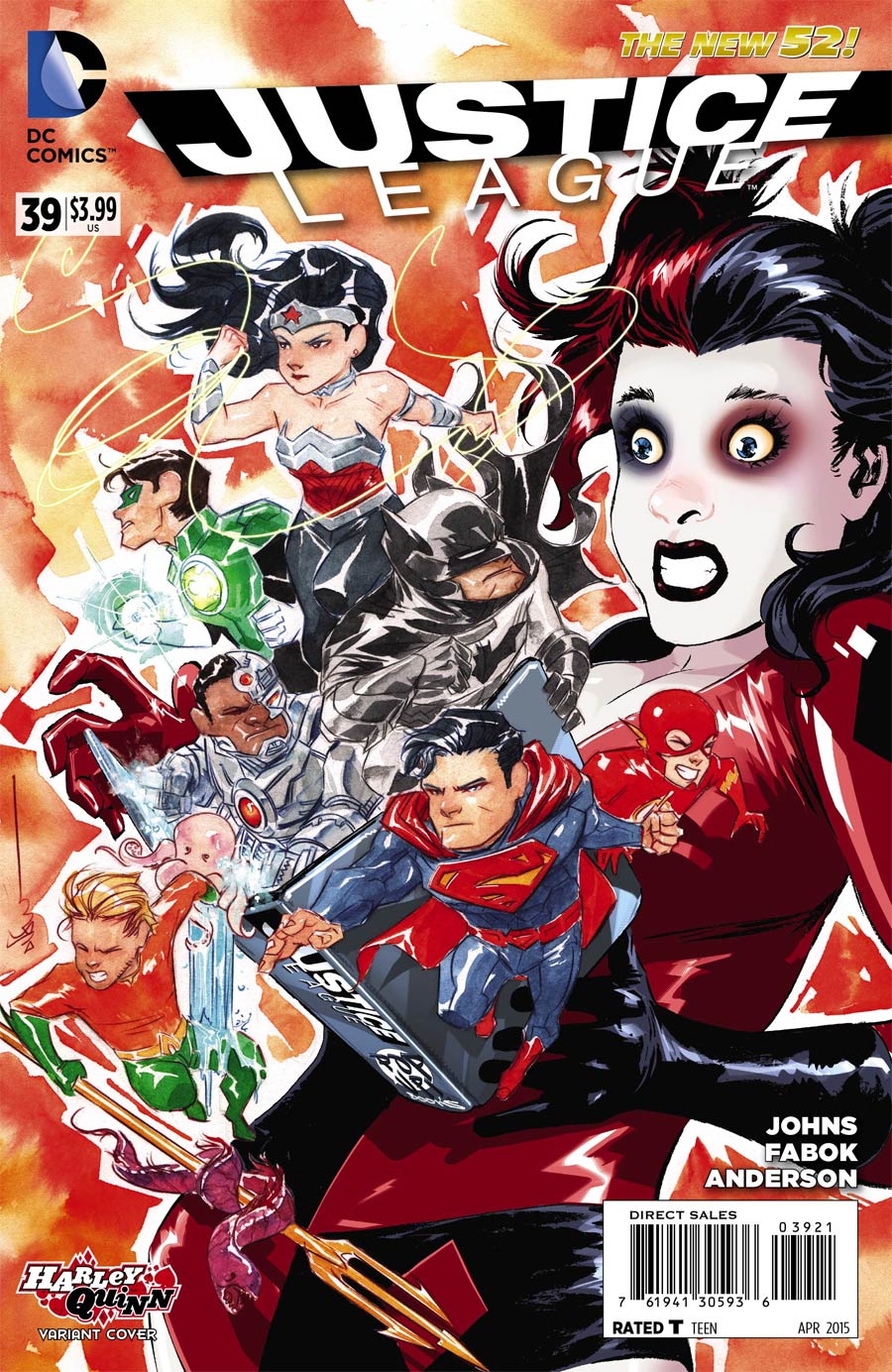 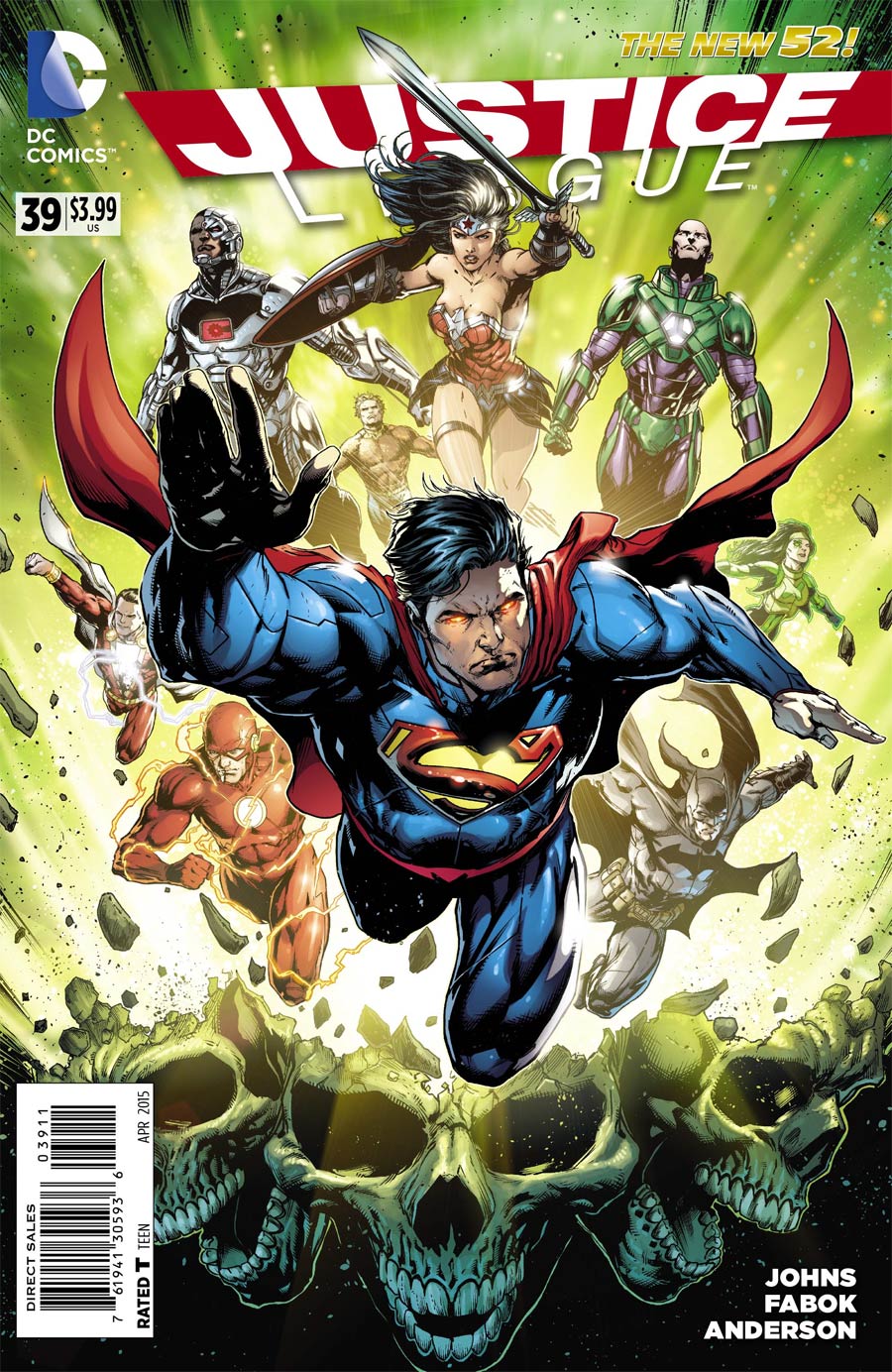 "The Amazo Virus: The Infected" 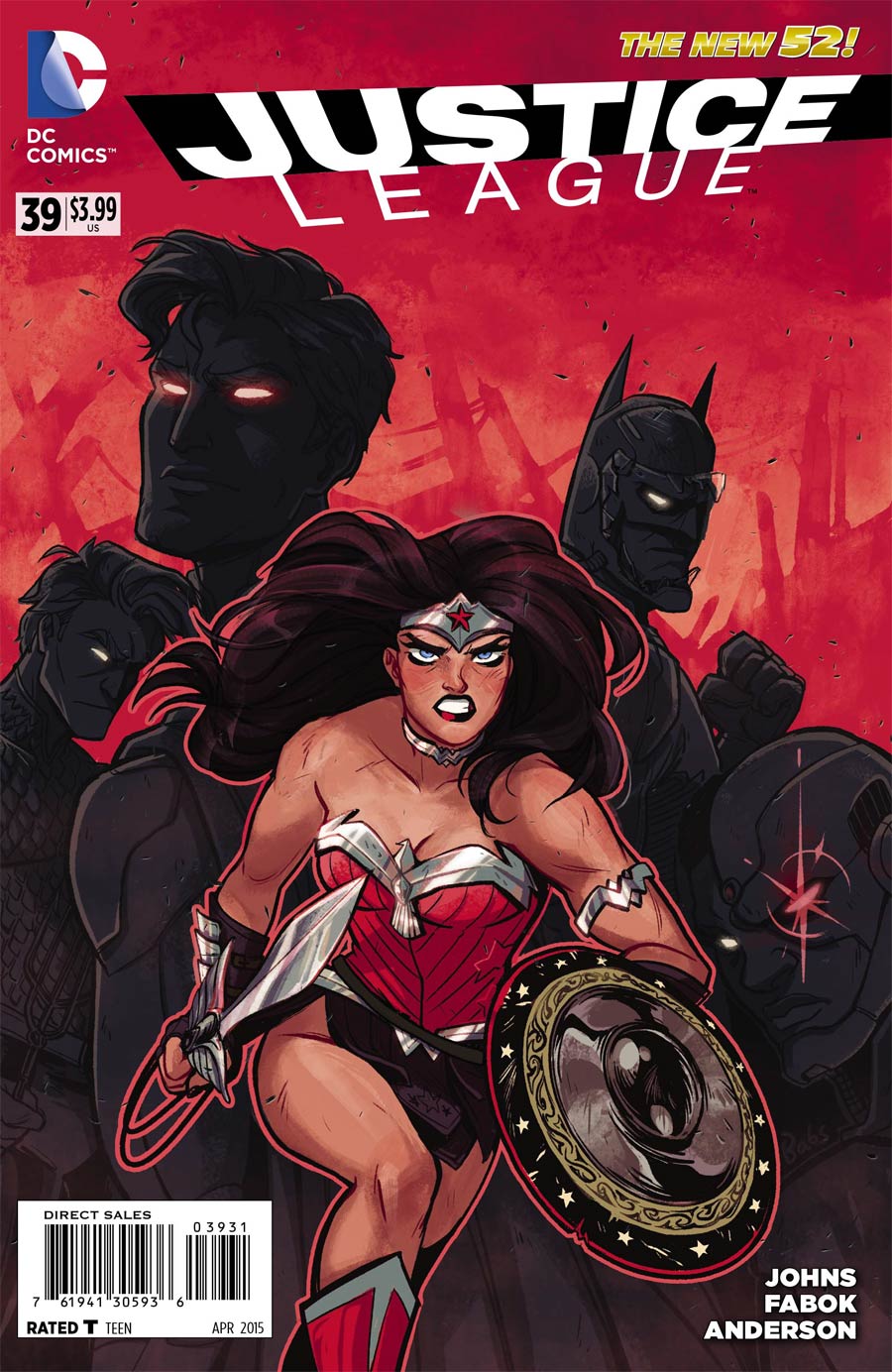 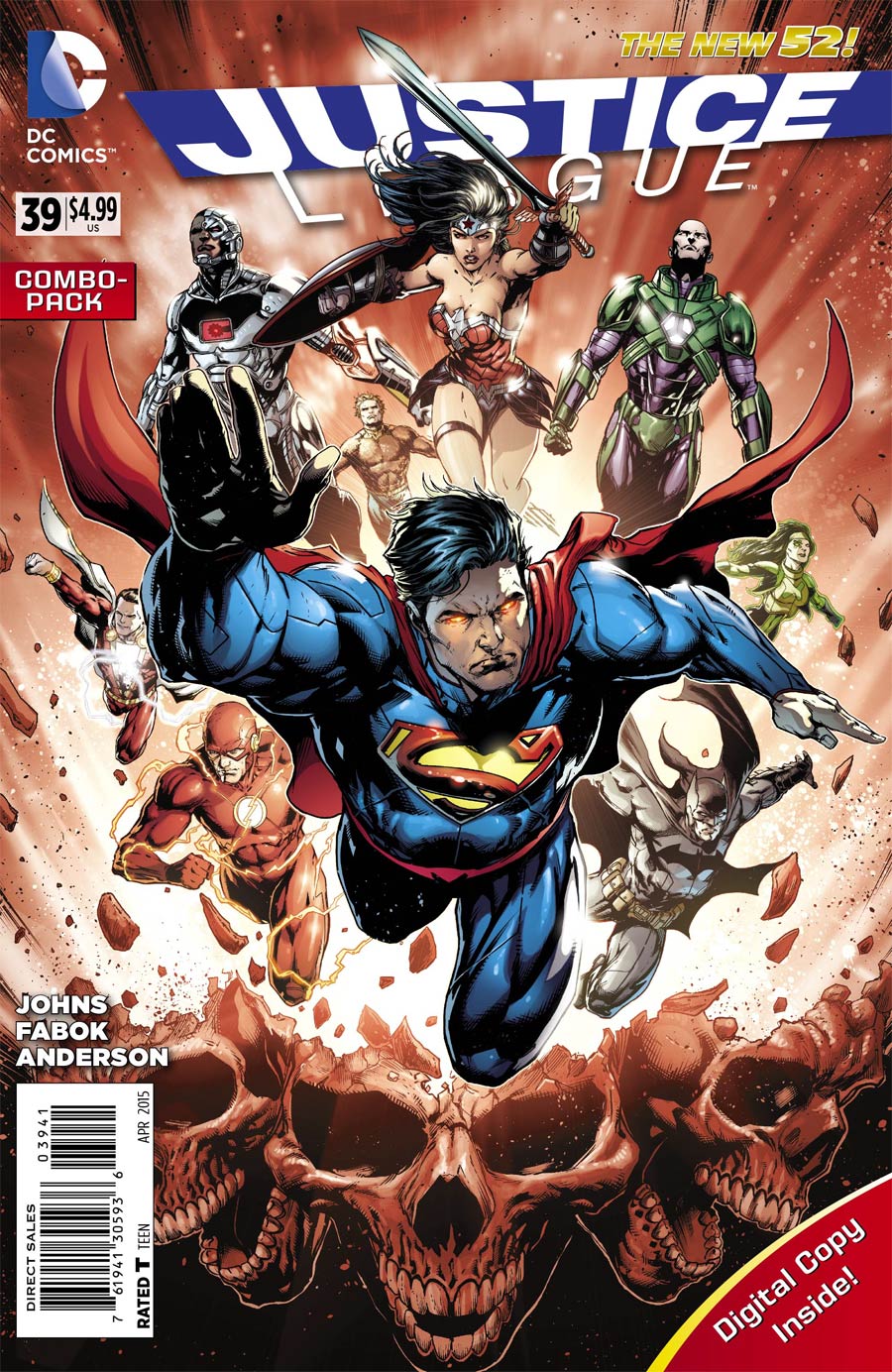 The Justice League, with the exception of Superman, Wonder Woman, and Lex Luthor (?!) are all infected with the Amazo Virus, in addition to countless others in Metropolis. The virus has become sentient, speaking through one individual, but referring to itself as "us". Luthor needs a sample of Superman's blood to effect a cure, and this leaves Wonder Woman to contend with the infected League. Captain Cold comes to Wonder Woman's aid, and she notes that Patient Zero doesn't replicate Cold's freeze gun. Superman is made aware of this, and uses his freeze breath along with Cold's freeze gun to immobilize Patient Zero, which, in turn, defeats all of the infected, knocking them unconscious. Luthor is able to concoct a vaccine, and the restored League delivers it to the rest of the world. However, some of the infected still retain their powers, and only time will reveal how these people use their newfound abilities. Patient Zero continues to mutate until he resembles the Amazo android, calling himself Amazo while announcing his future intentions to spread and kill.

Story - 3: Thankfully Convergence is next month, and readers won't be subject to the filler stories that have permeated the DC Universe for the last few months. Johns gives a textbook rendition of bathos and letdown in this, the conclusion of the story that never needed to happen. Four issues of a premise that was anything but interesting, is completed with a freezing of the problem. The ironic symbolism just can't be escaped. Aside from Luthor lying, Superman looking cross, and Batman being where he wasn't needed, there was nothing about the issues that exclaimed: Justice League... including the aforementioned. The world's greatest heroes band together for a problem that Captain Cold could have solved, and did, by accident? Superman flying in to assist was silly simpleness, and readers know that if there is anything we count on with Captain Cold, it's to produce a whole lot of cold. There is no movement on the dynamic of Luthor being on the League or anything else for that matter, and the creation of Amazo in organic form begs the question: Why not just use the android? They never bothered him anyway.

In the time that I've been reviewing Justice League, I've held out hope for some very dynamic stories, in spite of my reservations about the team lineup, and the misuse of them. The Darkseid War is upcoming and hopefully that will be a better show than what Johns has delivered thus far, which has been a mixture of trace elements of the JLA. They need a proper villain, proper roles and leadership. No more shots of Aquaman on a roof, or Batman going into an infected zone of superhumans with a hazbat suit. Darkseid alone doesn't necessitate the League responding, not unless he's with a top plan that really pushes them to be at their best because the world depends on it. Aside of that, they're just profiling and they have much better things to be about, this Justice League.

Art - 4: Guantlets aside, Fabok does his best work with Wonder Woman this issue. She's rendered in an athletic, lithe, feminine manner, without sacrificing any of her warrior's prowess on the page.

Cover Art - 3: The epitome of this aimless issue: a League that is going nowhere.