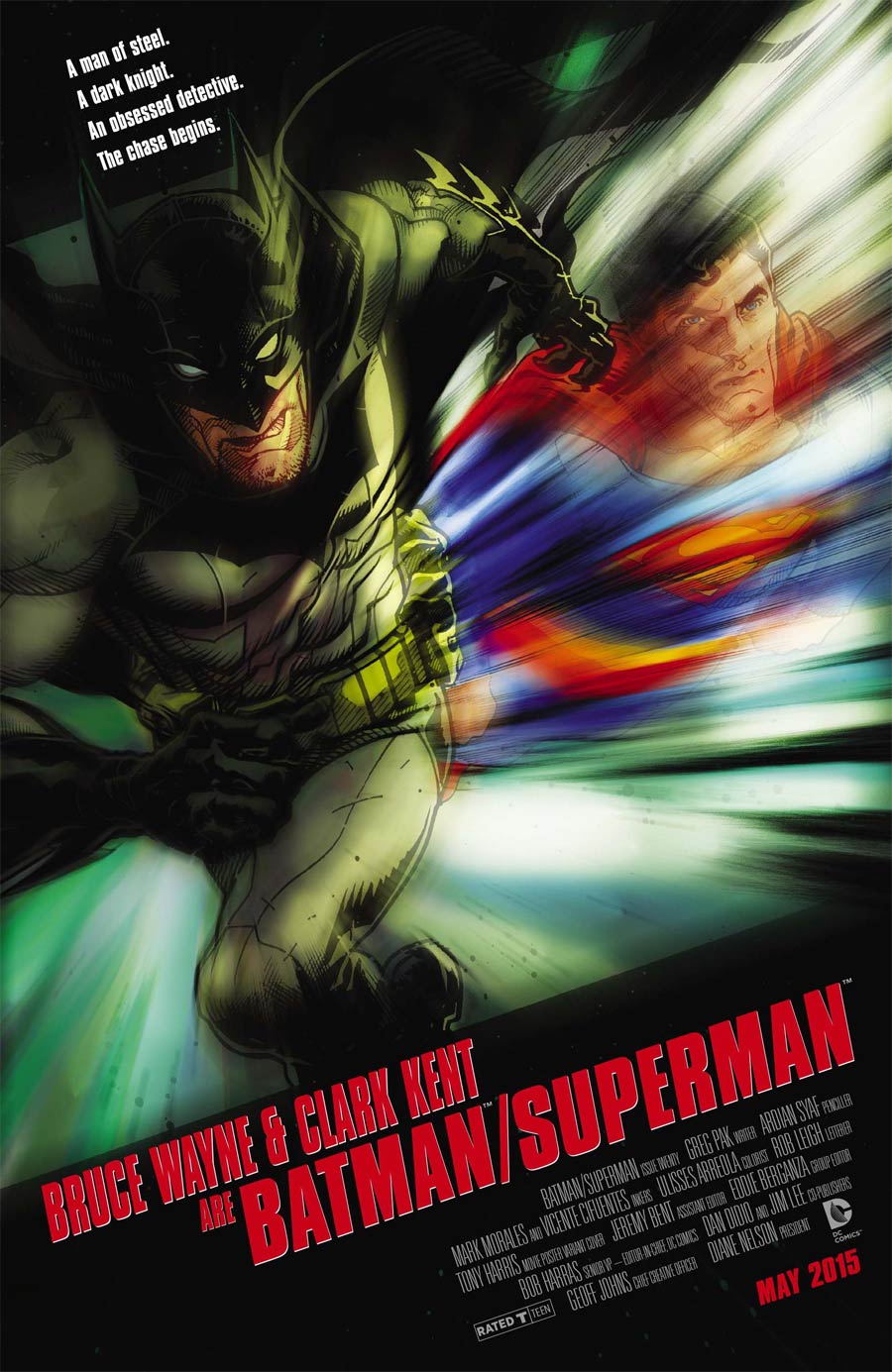 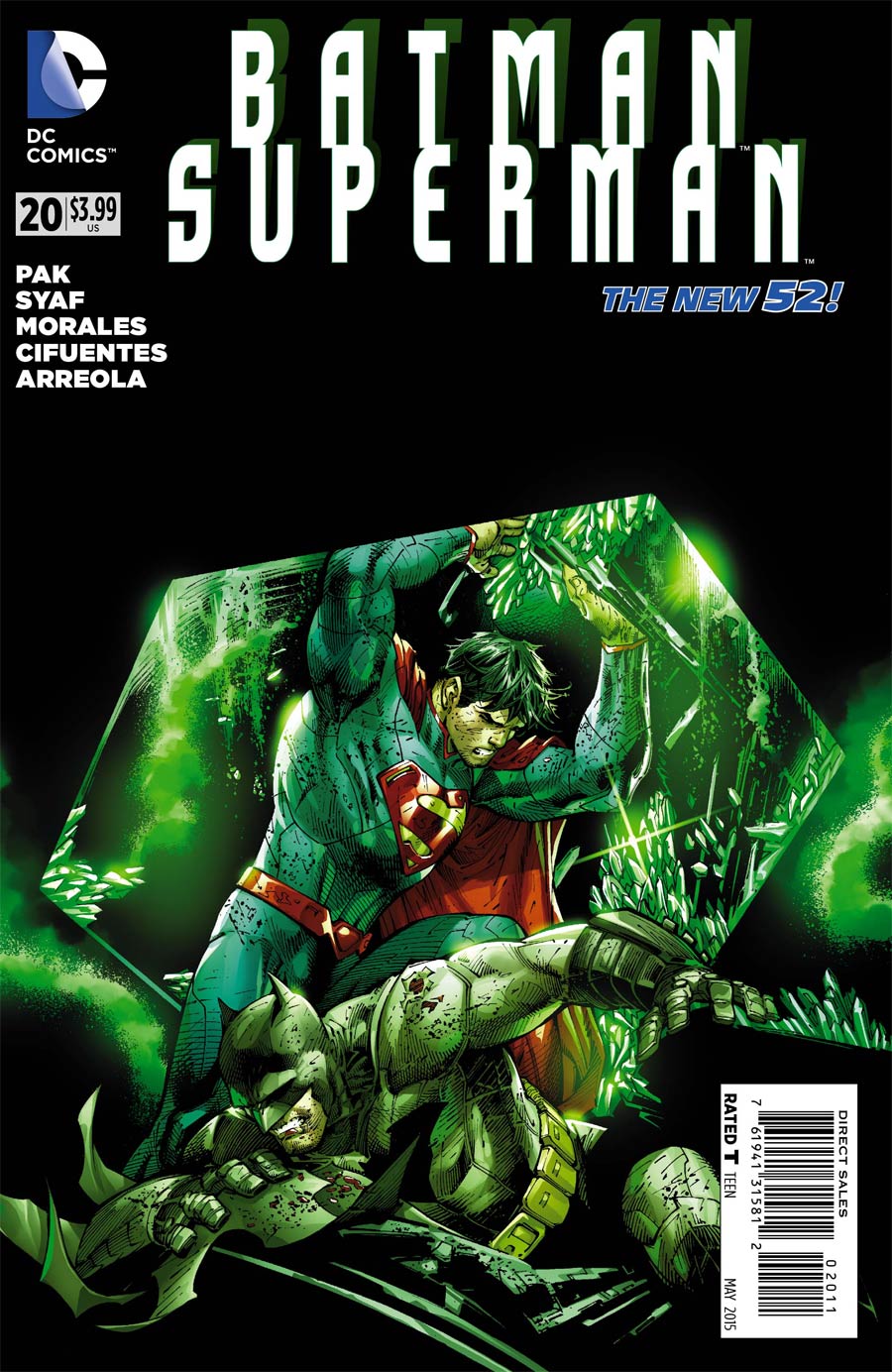 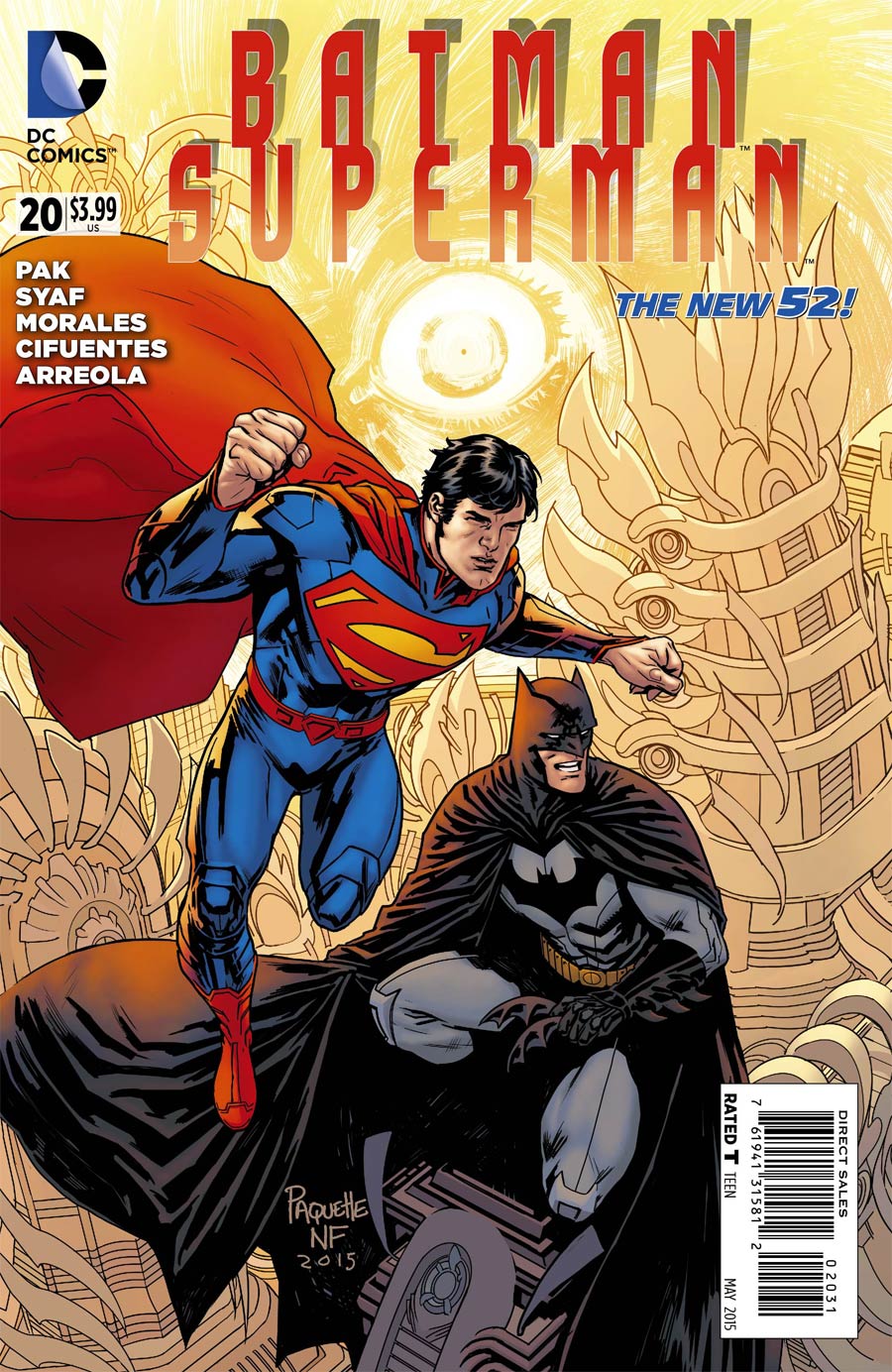 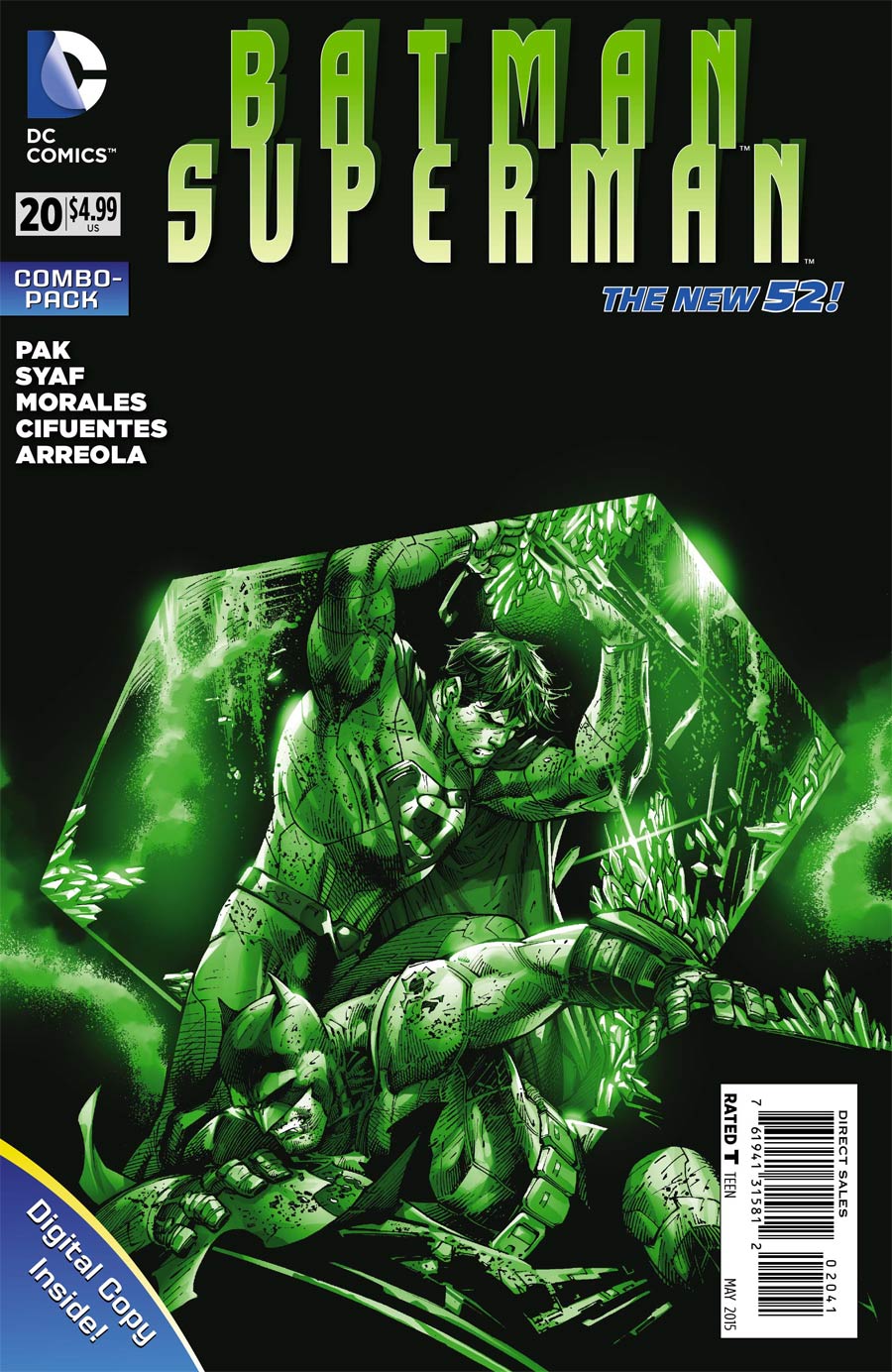 The Phantom King exerts revenge on Superman by breaking the Man of Steel's heart.

In the bottled city of Kandor, Superman's relatives have been brainwashed by Phantom King's Living Death. They, and thus all the citizens of Kandor, see Kal-El as their enemy.

Superman, Kara, and Batman try to reason with his Grandmother and Aunt, but Xa-Du's Living Death has too strong a hold on them. Thus, Superman and Supergirl are forced to physically fight their own relatives.

As the fight escalates, Batman is killed. With him out of the way, the Kandorian citizens fight on the side of Xa-Du. Just as it looks like Superman and Supergirl are going to loose, Batman, who obviously isn't dead, whips out his super-duper-Red-Sun-generator-thing-a-ma-bob. Instantly, all the Kandorian's lose their powers.

That Batman! He thinks of everything! And apparently, he can carry ANYTHING in that utility belt of his.

Meanwhile, Lois and Ray Palmer are making plans at The Ant Farm. Together they devise a way to put Xa-Du back into the Phantom Zone. After Xa-Du is returned to the Phantom Zone, most Kandorians are freed from the power of the Living Death. They are no longer under its influence, and thus no longer a danger to Superman nor his friends.

The El family has been so affected by the Living Death, that they cannot break out of its influence. They still hate Kal-El and Kara. The battle may have been won, but at what cost?

Story - 5: The Good: This whole arc was a breath of fresh air. Superman faced a new kind of enemy. Everything was so much more personal. And thus, the stakes were so much higher for him. He was forced to make very difficult choices. I like that he is humble enough to turn to Batman for help. Superman is all heart, but he is also smart enough to know when he needs help.

As the story progresses, I felt Superman's frustration, anger, anguish and in the end, sadness.

The Bad: Did anyone REALLY think that Batman was dead?

Conclusion: A somber, but hopeful, ending to a great story.

Art - 5: Oh my gosh! I wish I could give this book a '10' rating! The art is so good. The art flows so well with the storyline. Facial expressions are spot on. And the colors are so brilliant! It's such a pleasure to turn the virtual pages in this book.

Cover Art - 4: I like the green Superman-shield-diamond design. Superman and Batman bursting from the Superman Shield is creative. However, the cover is a bit busy, and it took me a second to take in the image. But once I understood what the artists were doing, I was impressed by the whole idea. It's a great cover that gets the reader ready for all the great action that is inside.