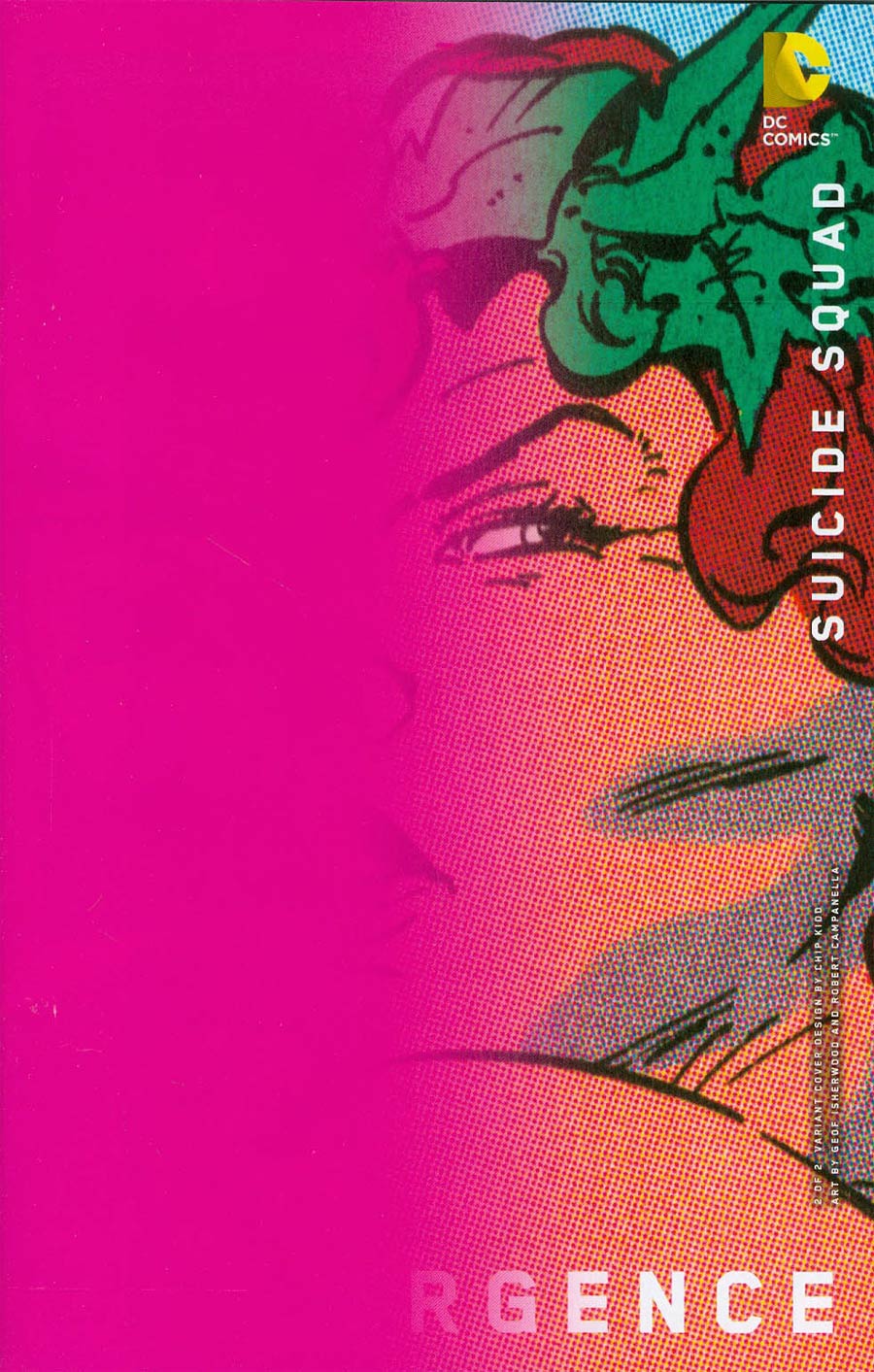 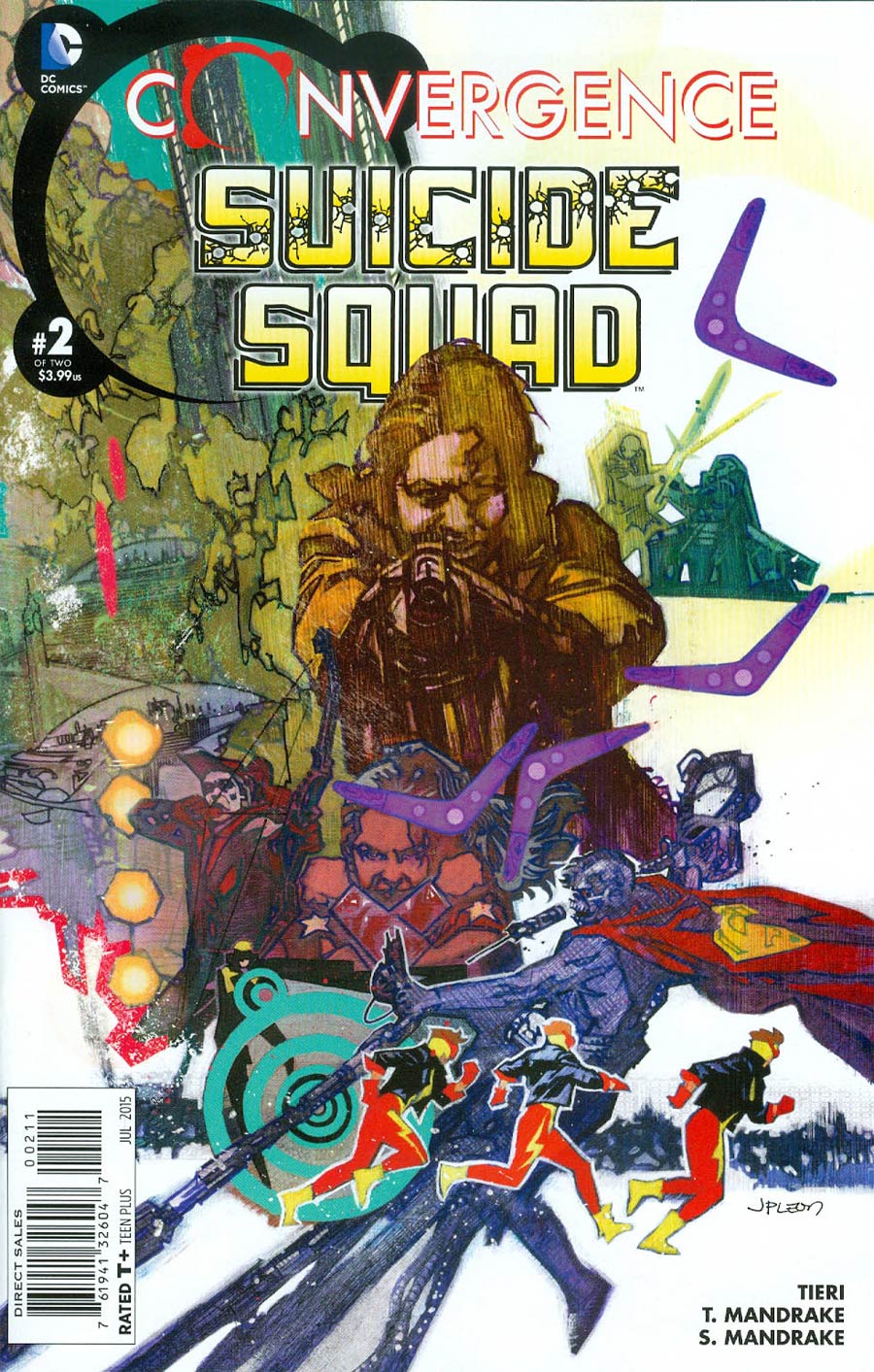 Flashing back, the team is on a yellow light construct plane. KC Lex Luthor has Sinestro's ring. Having betrayed his people, he is providing transportation on the mission.

Deadshot and Deathstroke fight over who is in charge. Waller reminds them that she calls the shots.

Luthor crashes the plane into the emerald stronghold, kamikaze style.

Cyborg Superman hacks into Robotman and Alloy's systems. It allows him to override his bomb implant that keeps the squad in check. Star Sapphire, aka Carol Ferris, stops him from killing anyone else. She triggers her implant and blows them both up.

Bleeding on the ground from Star Sapphire's explosion, Waller asks Boomer why he has betrayed them. He has terminal cancer. He wants to go out on his own terms.

Boomer fires a shot at Waller. Before the bullet can hit its target, Green Lantern stops it in midair. His side has won. He will put a stop to the unnecessary killing.

Waller triggers a pack of explosives strapped to her waist. The satellite, and everyone in it, is destroyed.

An email is automatically sent to Barbara Gordon. Waller had planned to go out in a blaze of glory.

Barbara and General Lane mourn Waller and the team. A statue in their likeness is erected in their honor.

Story - 2: Some characters have a reputation for being easy to write. The Suicide Squad fits that description. A team of 'cool' anti-heroes fighting their boss, themselves, and everyone else. But easy does not a quality book make. Each story will still need the essentials. Like motivation, build up, and economy. This book lacks all three.

Like the last issue, there is a lot of wasted space. In twenty pages, the team crashes into the KC base, fights, and dies. The writer attempts to spice things up with traitors and twists. But the issue still reads painfully straightforward.

Tieri throws in a fight between Deadshot and Deathstroke. Great thought, but not only is the tepid altercation anticlimactic, but it does not tie-in to the story. Not to mention, the low-stakes and lack of repercussions.

Carol Ferris' ultimate sacrifice falls flat. Years ago, Cyborg Superman famously destroyed Coast City and its inhabitants. Ferris, a resident, had lost most everyone and everything she knew. In this issue, she gives up her life to stop him from killing anyone else. But her motivation and backstory were entrenched in the Green Lantern and Superman books from twenty years ago. The subject is never broached in this or the previous issue. To anyone unfamiliar with the storyline, it reads like a knee-jerk or overreaction.

Speaking of Cyborg Superman, he (and Luthor a few pages later) comes off as comic-book-y as a villain can. He states his desire to literally 'kill you all.' What reason could he possibly have for that? He's a villain, so he wants to kill everyone does not work if your audience is over the age of five.

Luthor's motivation was better stated in the first issue. "I know I'll never rule my world. ...I'll watch it burn instead." Those are the words of a deeply bitter man. One whose dreams of world domination have died at the hands of super-powered beings. He has given up the idea that he has always held. That man, despite its lack of physical power, is still superior.

It is a fascinating character development. But joining ranks with other super-powered beings to achieve his goals either rings false, or represents a deeper, more complex development that readers are not privy too.

Lastly, our third and final traitor. Captain Boomerang. The explanation of going out on his own terms because of terminal cancer, works. But the idea lacks foreshadowing. The seed could have been planted in the first issue. Or the beginning of the second. It was not.

Perhaps the writer is shooting for a complete surprise. But in fiction there are good surprises, and bad ones. When a twist is not adequately woven into the plot, it is unpleasant and jarring. Tieri triples his mistakes. He wants not one, but three surprises. Three traitors. Two foreshadowing failures. And one nonexistent motivation.

The only idea that works in this issue is Waller. She, the government face of the Suicide Squad for years, commits suicide to complete the job in their final mission. Good stuff.

In two issues, Frank Tieri does not provide enough substance to fill the forty-four pages he is given. He attempts to mask his poor effort with temporal displacement, cheap twists, and 'shocking' deaths. But no matter how many dirty tricks the writers employs, it is not enough to breath life into a sub-par script.

Art - 2: Tom Mandrake is one of my least favorite artists. I have to dig deep to understand why he gets any work at all. He does his best work in dark settings with brooding characters. When he puts forth the effort, he is good at anatomy and depicting powerful titans posing. But it is a small wheelhouse.

Mandrake has mastered two facial expressions. Nonexistent and ugly/creepy/displeasing. His perspective, blocking, and 'camera' zoom & positioning are all questionable.

Bottom line: Mandrake is Romita without the effort.

Cover Art - 3: Despite retaining the same cover artist from the first issue, this cover is drawn in a wildly different style. I liked the last cover a great deal. This one took some time to grow on me.

The piece is a swirl of color, character, and confusion. I like crisp, clear lines. Simplicity. But complex covers like this one, beg to be examined. It is more worthy of being described as 'art' than many others.

Like a magic eye pictures, the more one stares, the clearer the image becomes. The characters, interactions, and imagery pops out, one at a time. The appreciation comes slowly, but it comes.

The question: Is the cover effective? Depends on the goal. This cover shows Leon's ability to draw intricate composites. It showcases the art side of the industry. But at first glance, the cover does not appeal. And that is job one.