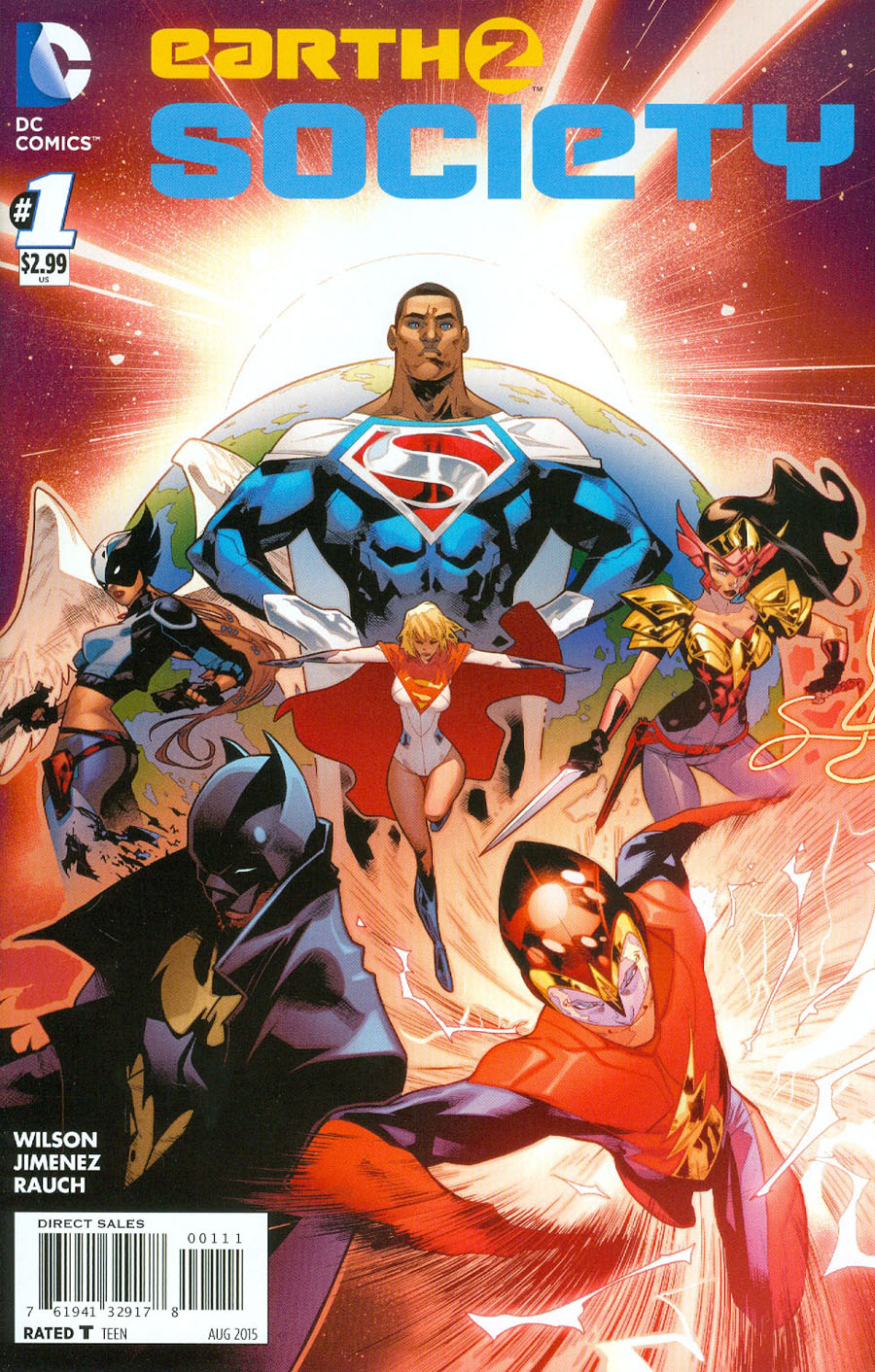 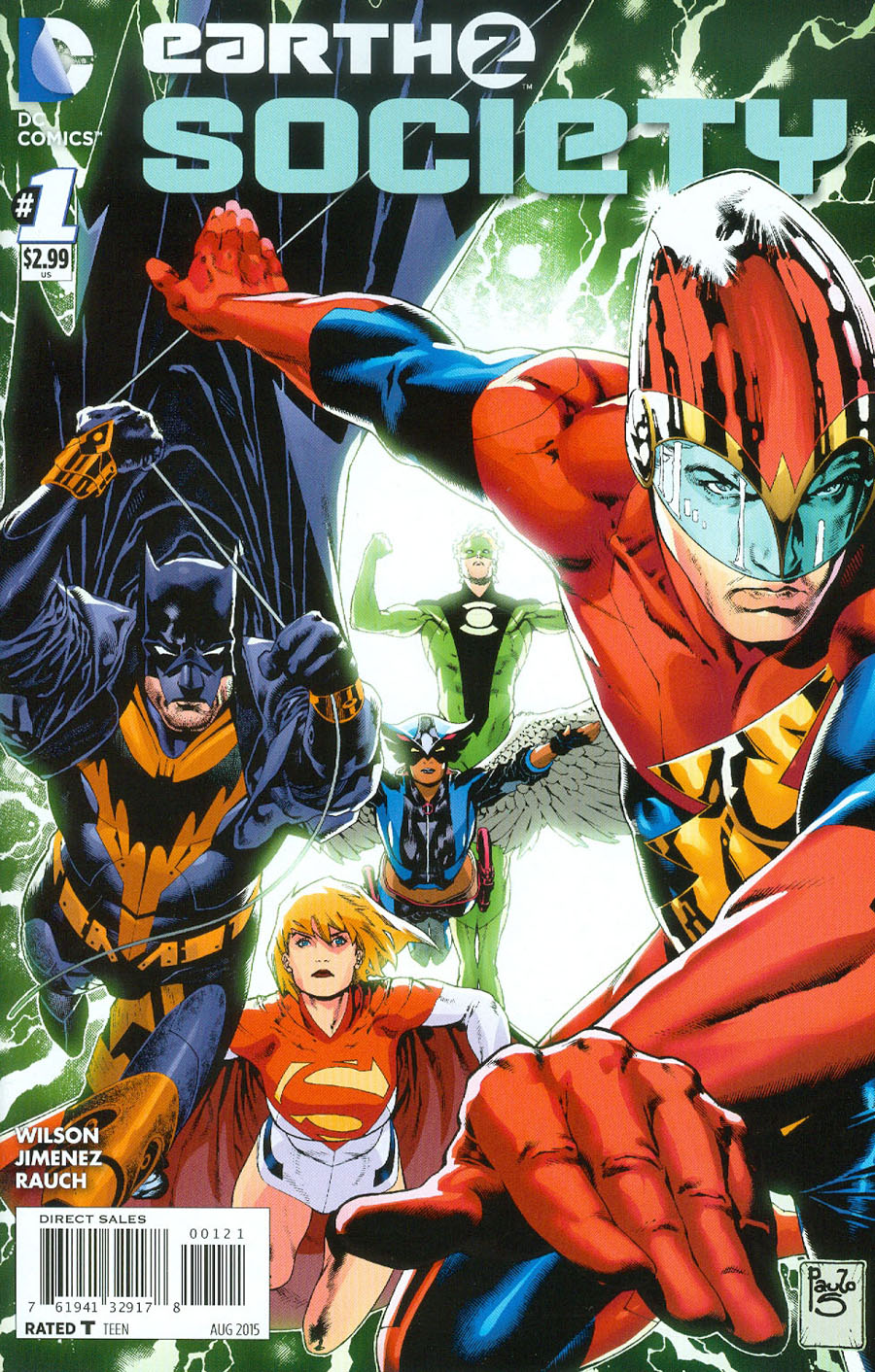 Click to enlarge
It's been a year since the events of "Earth 2 - World's End" and "Convergence" forced survivors from Earth 2 to move to New Earth 2. Twelve cities have been constructed, including New Gotham with Overwatch being the governing body of the planet. New Batman Dick Grayson, who has saved a boy and his dog during his mission, is in pursuit of Overwatch-One Terry Sloan, and he's not the only one. Villain Johnny Sorrow, who seems to be working for someone else, is following Sloan. In the midst of all this, we see flashbacks to the colonization of this Earth 2, and Alan Scott recruiting a paralyzed Dick to aid him in making the world a better place. Meanwhile, in the present, Johnny Sorrow tells the new Dark Knight that Terry Sloan belongs to forces darker than him. After Batman's brief conflict with Sorrow, Sloan makes his getaway while claiming that Overwatch has been compromised. Batman grapples onto the winged Sloan. Yet, Overwatch-One shakes him off allowing the Caped Crusader to fall and lose consciousness.

Story - 4: I'm going into this Earth 2 series cold, meaning I haven't read any of the previous titles before now. As of this writing, I've been binge reading them. There's a reason for that, and it's the same reason I didn't give the book a perfect score. It's assumed that the buyer read the other books. Thus, the first chapter is not very reader friendly. Sure it gives a little background, but it's not enough for newbies.

While much of the story centers around Batman, we do see Earth 2's Supergirl in flashbacks. I'm confident we'll see more of this world's heroes as the series progresses even though we don't see much of the Superman family at this point. Don't panic, fans, we'll see our favorites in the next books.

In spite of my problem with the lack of reader friendliness in this book, the opening issue has promise as it gives readers a solid, fast paced story that's very well written. I'm looking forward to see what happens next in this title.

Art - 5: There's a lot of talk about Jorge Jimenez's artwork on the Internet, and I can see why. His art is among the best in DC Comics today. I see Jimenez drawing the next major crossover featuring Superman and the rest of the gang. If he does, it'll be a time of celebration because his visuals are fantastic.

Cover Art - 5: Like the interior art, this cover shows how well Jorge Jimenez does his job. It's amazing, and I'm impatient to see future issues.

Variant Cover Art - 3: Admittedly, I tend to look for the variant cover images on the Internet as I really don't buy them like I did during the period of the 1990s. However, the image I did see was well drawn and a perfect companion to the main one.